Tell us a little about yourself, where did your passion for art begin and how did it become your work?

Art has always been part of my life. Growing up my grandparents had a custom framing factory in Brooklyn. I spent a large portion of my up-bringing there while my mom went to work. I was surrounded by amazing pieces from masters such as Picasso, Miro, Chagall and De Kooning as well as contemporary artists such as Keith Haring, Andy Warhol and Basquiat. However it  wasn’t until I was 18 or so that I started making copies of these artists work to hang in my own room and began to formulate my own ideas for paintings. 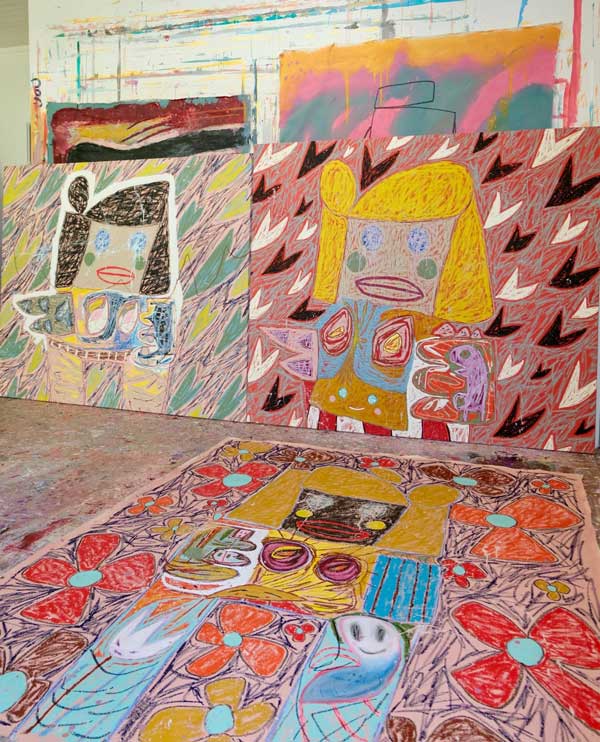 I am curious if you have a daily working routine? Do you have any morning rituals or habits that contribute towards a productive day within the studio?

My daily studio ritual has changed quite dramatically since the birth of my son. It used to be much more chaotic in a sense. I would go to the studio when I felt inspired to work but now my time is very precious so I am actually more productive and follow a very strict studio practice. 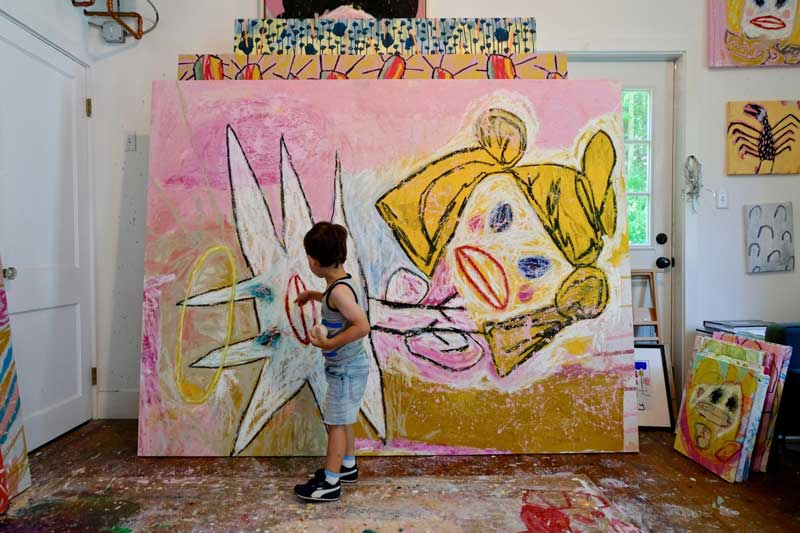 How would describe your work to someone?

I think artists always have a difficult time with this question and it tends to be the one asked the most. I usually keep it very simple and straightforward, “Large-scale paintings of girls inspired by my wifes big beautiful eyes”. 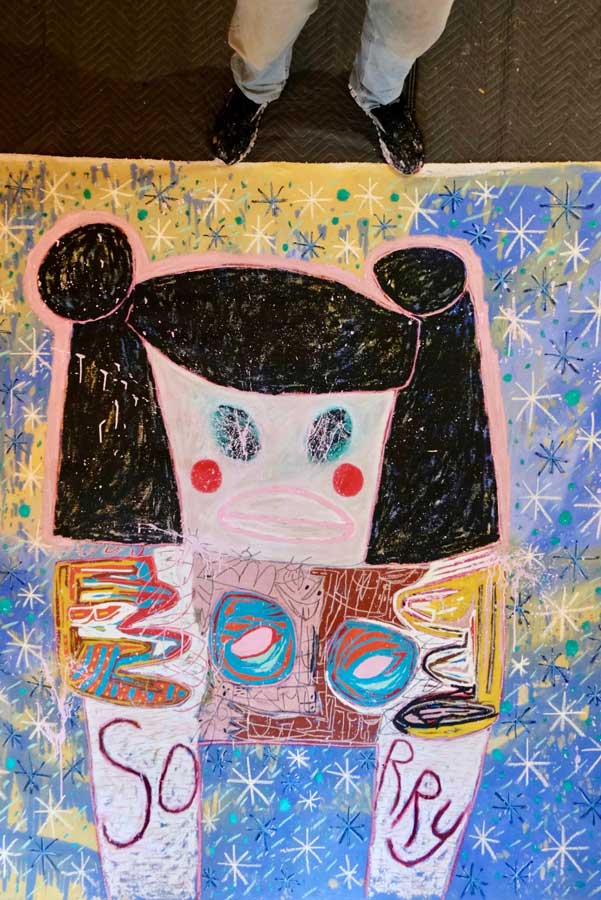 What projects/works are currently in progress in your studio?

I am currently working on a series of large scale paintings that are half girls and half bats. They are a new figure and composition for me and I am pretty excited to share them. 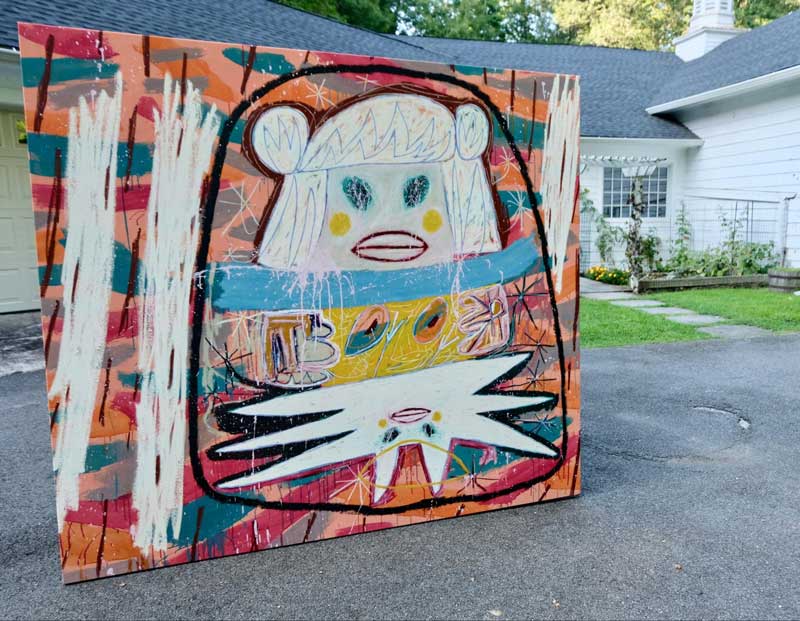 Tell us about your style. Are you considering the concept of the painting before its creation or is it improvisation?

Yes for the most part I have the composition, colors and type of figure in my mind before I start the work. However as the piece begins it almost always evolves… it can be one of the most exciting and frustrating things about painting. 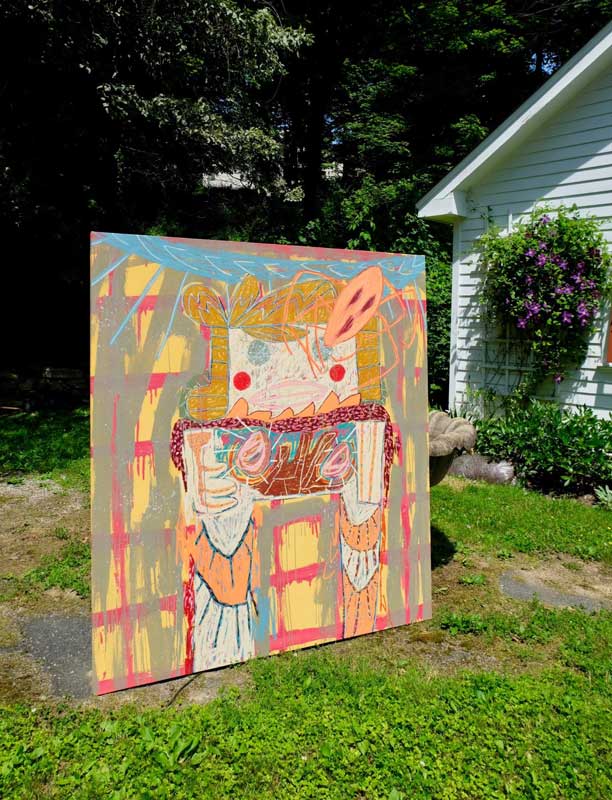 What are the plans for the remainder of this year? 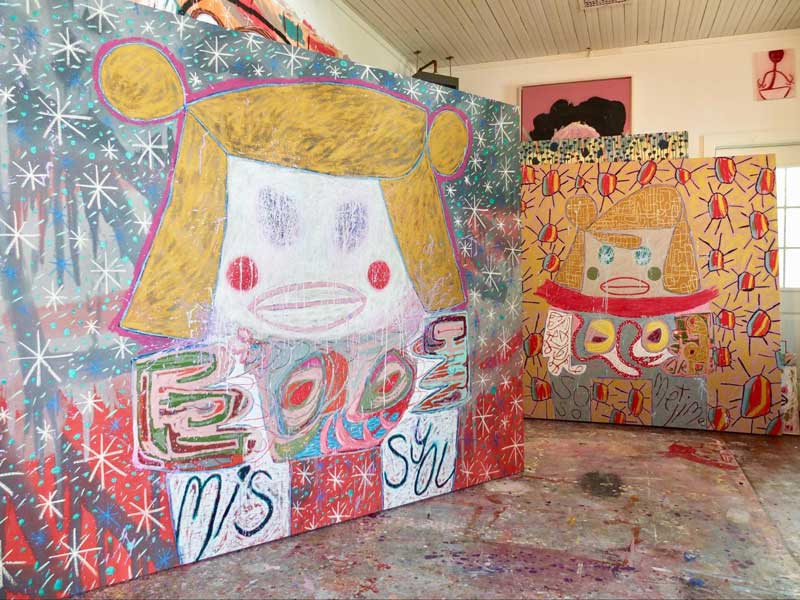 What do you feel are the pros and cons of Instagram, and do you consider Instagram important for artists working today?

I think instagram is very important for artists working today. It allows for the entire world to view the work and for the artist to network with galleries/collectors. I would say the only thing for an artist to be careful of is allowing likes/followers to influence the work you make. 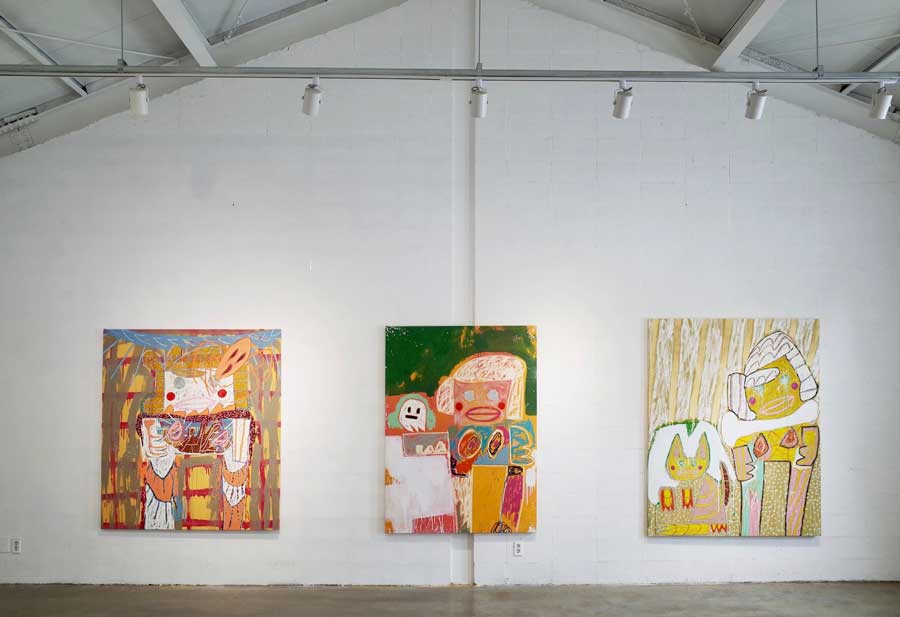 I have been intrigued by many artists and have been correlated to Jean-Michel Basquiat, Keith Haring and Willem De Kooning. While I have a great respect and admiration for these artists, I also believe my work is rooted in a more modern sensibility. Artists including Henri Matisse, Paul Gaugin and Constantin Brancusi have been as equally important in the development of my work and artistic inspirations.  What attracted me to Matisse’s work was his ability to create an image that was direct and able to be viewed either with or without a narrative. Matisse’s ability to construct simple figures, objects and patterns within the canvas made me rethink what was possible in painting. 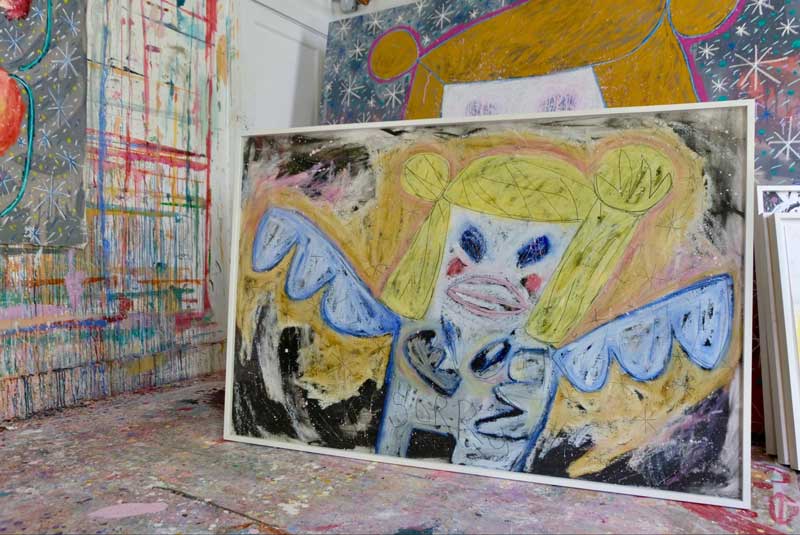 To the collector that is interested, where do we tell him to go right now to buy your work?

Since I exhibit with many galleries around the world I usually direct the collector to the closest gallery to where they are based. 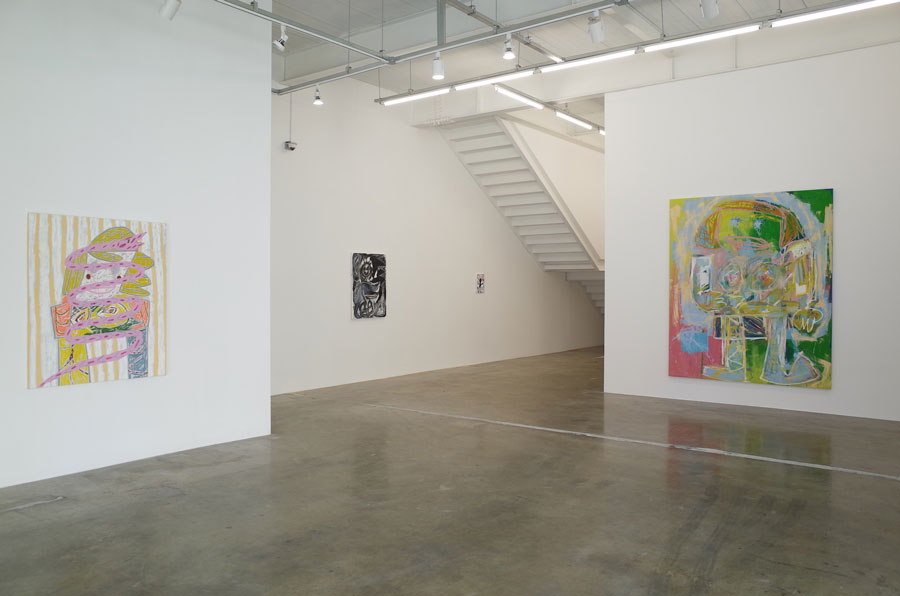 I would like to portray a different way of perceiving the world around us. Allowing people to experience the work and “feel something”…it seems too often that people have become desensitized by the world around them. If I can give people a minute of true emotion then the work is successful.