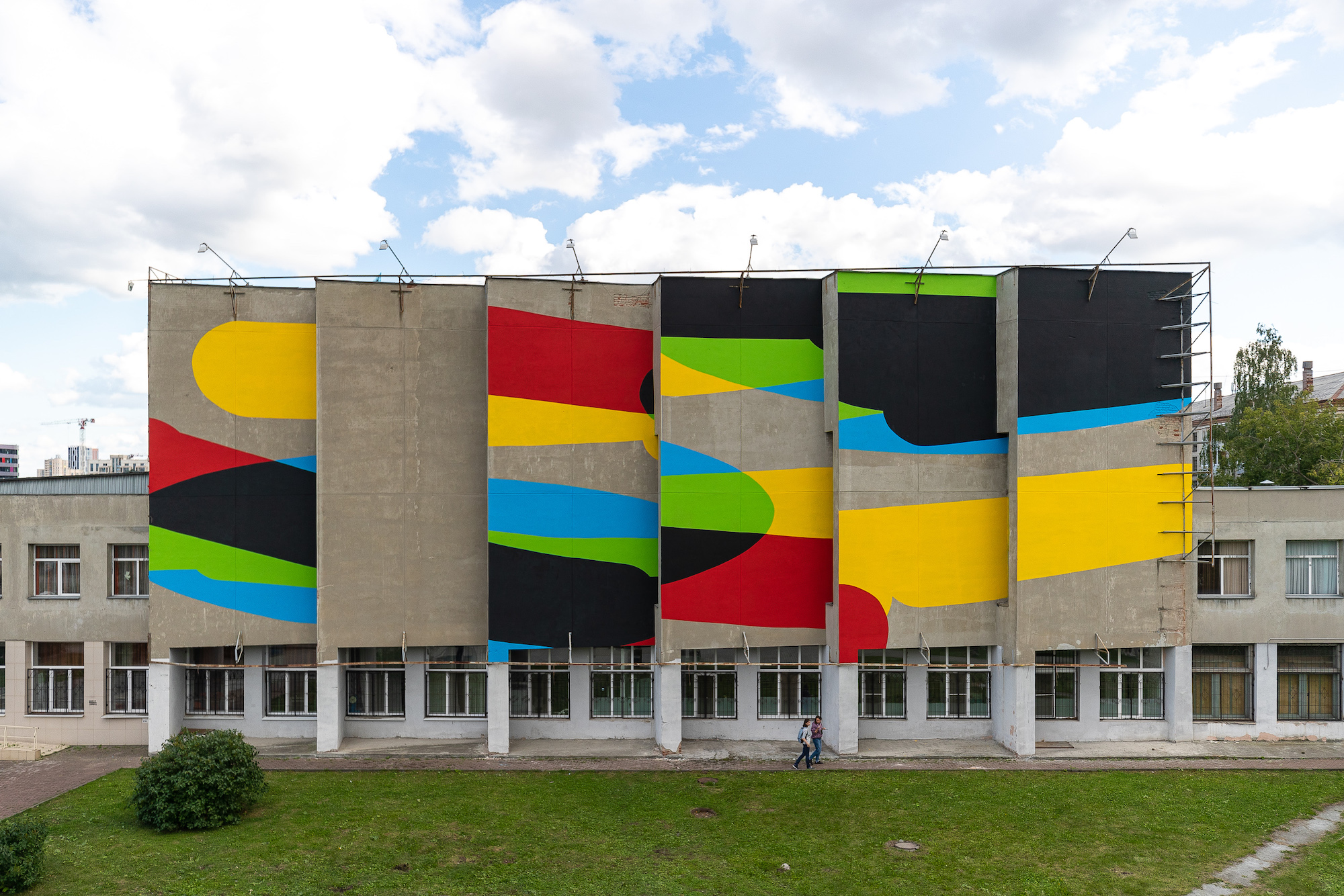 Elian Chali, an Argentinian author with over 10 years of street art experience, created an art object in Yekaterinburg, the capital of street art in Russia. Mural on 62 Vosmogo Marta Street stands out in the context of the city with bold colors and simple shapes. With his art objects, Elian starts a discussion between people and urban space. The main idea of ​​all his works is to show that life in the city is beyond everyday routine. And it is thanks to his abstractions that the dialogue between the townspeople and the artist can develop as successfully as possible. Such images are not defined by specific images – a passer-by himself can think out what he sees in this work. 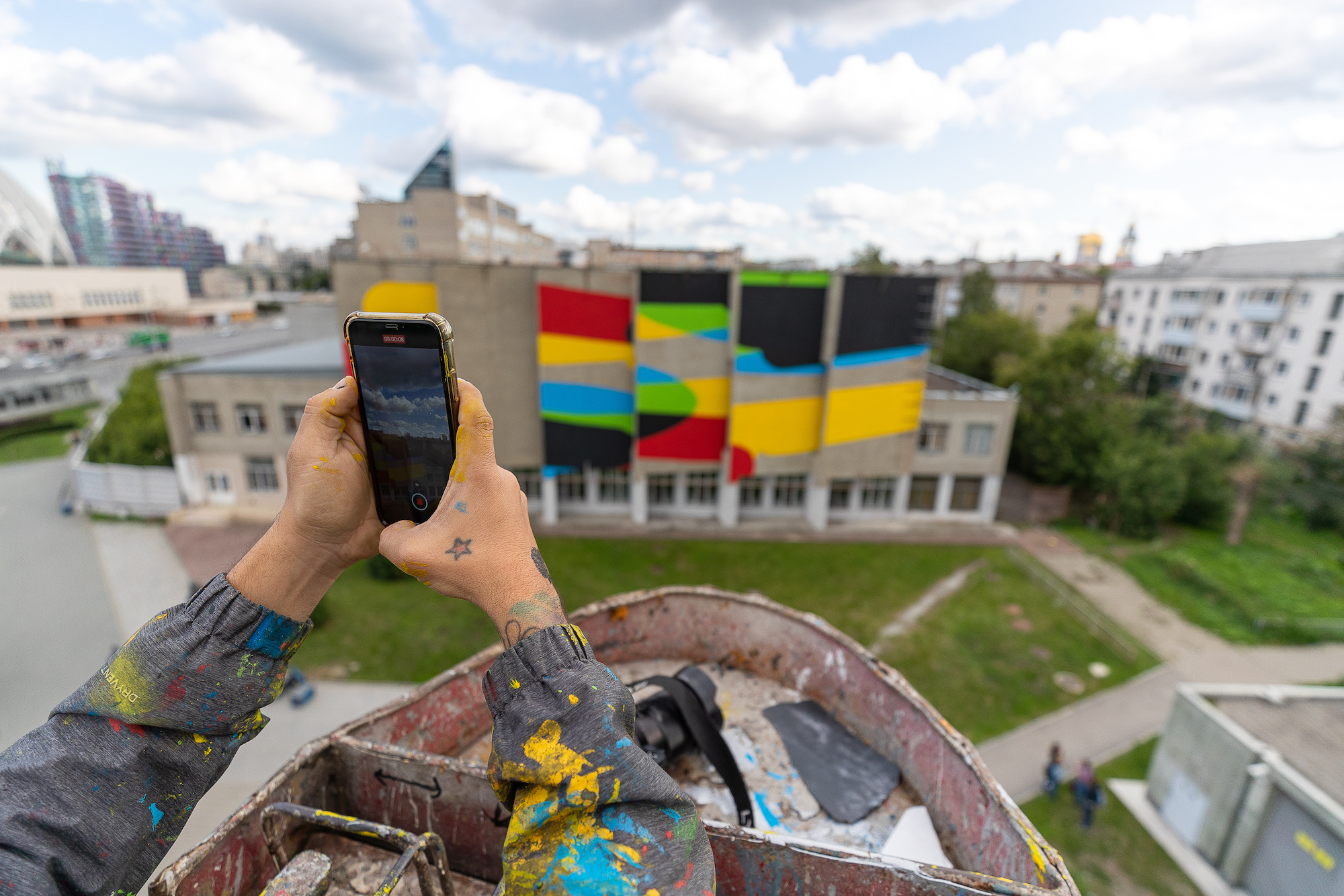 Elian explains: “Abstraction does not give you prepared answers, you have to think about it. It also works like a bridge. I am building one part of the bridge, and passers-by are completing it. Also, I enjoy working in a variety of environments. There are many countries, a lot of contexts and conditions. Abstraction and geometry make me a big part of this environment without too many problems”. 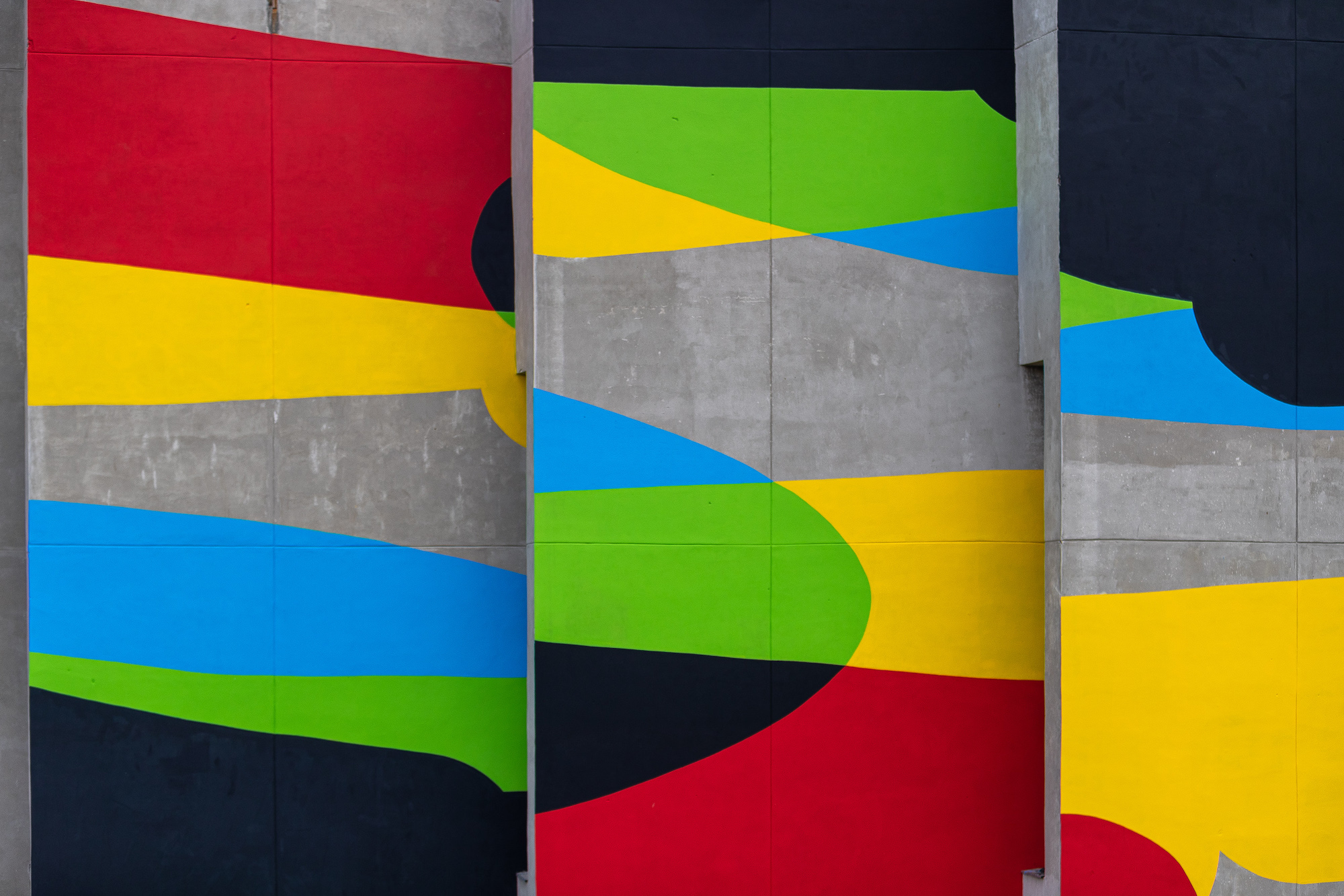 The architectural shape of the wall was also important to Elian because he wanted to work on the festival with a non-standard surface. The most suitable canvas for the author was the wall of the Ural State University of Economics. The seven-story building was built in 1981 and the area of ​​the painted wall is 400 square meters. In addition to its scale, the surface is distinguished by its own rhythm of panels, on which Elian applied his abstract forms, thereby giving the space a new dynamic. 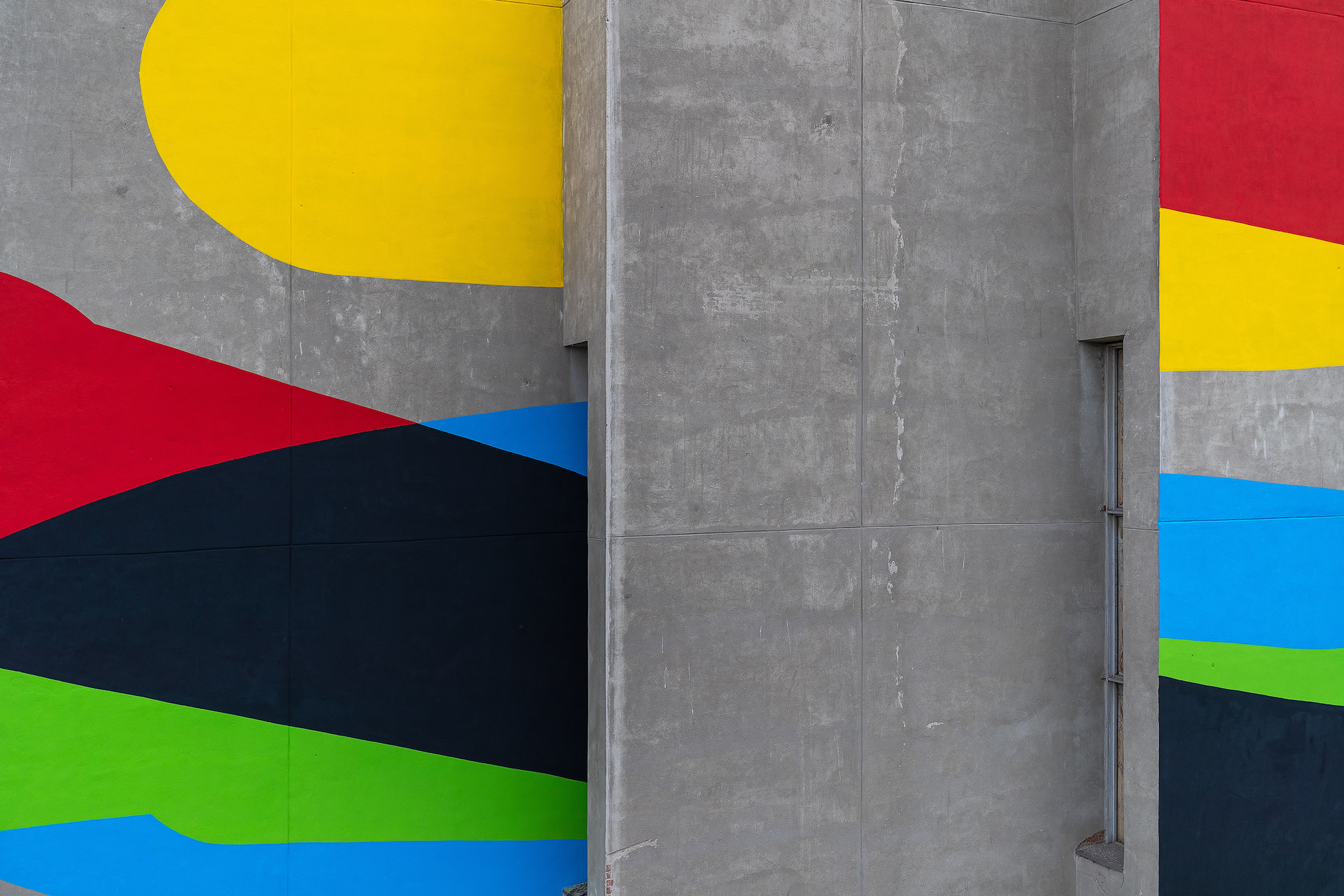 Elian Chali’s large-scale works can be found in more than 30 cities in countries such as Australia, Argentina, Belgium, Brazil, Spain, Canada, Chile, United Arab Emirates, USA, England, France, Germany, Italy, Mexico, Poland, Portugal, Peru and others. He is the founder and co-director of the Kosovo Gallery (2012-2015, Cordoba) and was the chief curator of the MAC Feria de Arte Contemporáneo. In 2016 he published his first book, Hábitat. His work is documented in many publishing projects related to art, design and architecture.

Check out below for more photos of the mural. 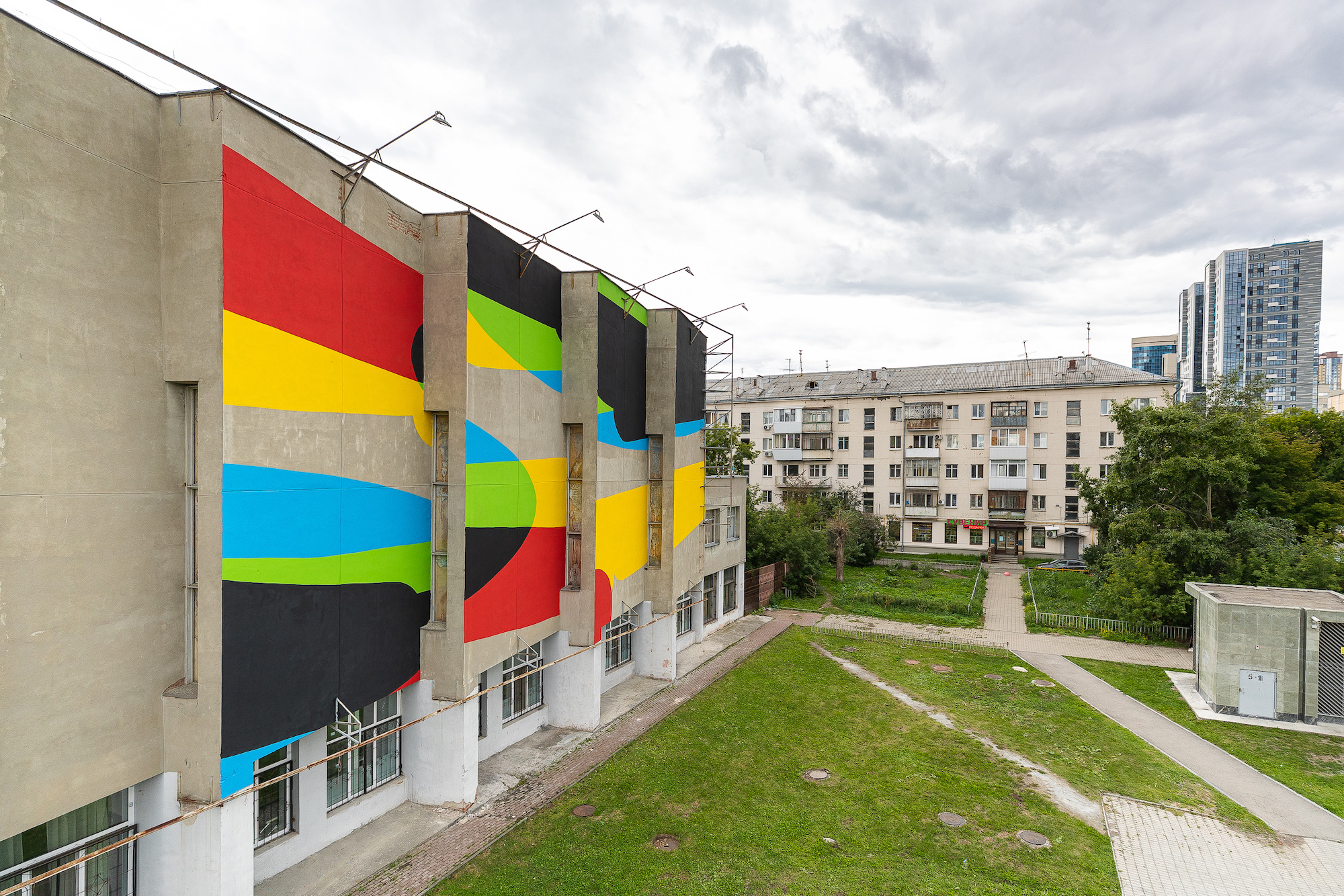 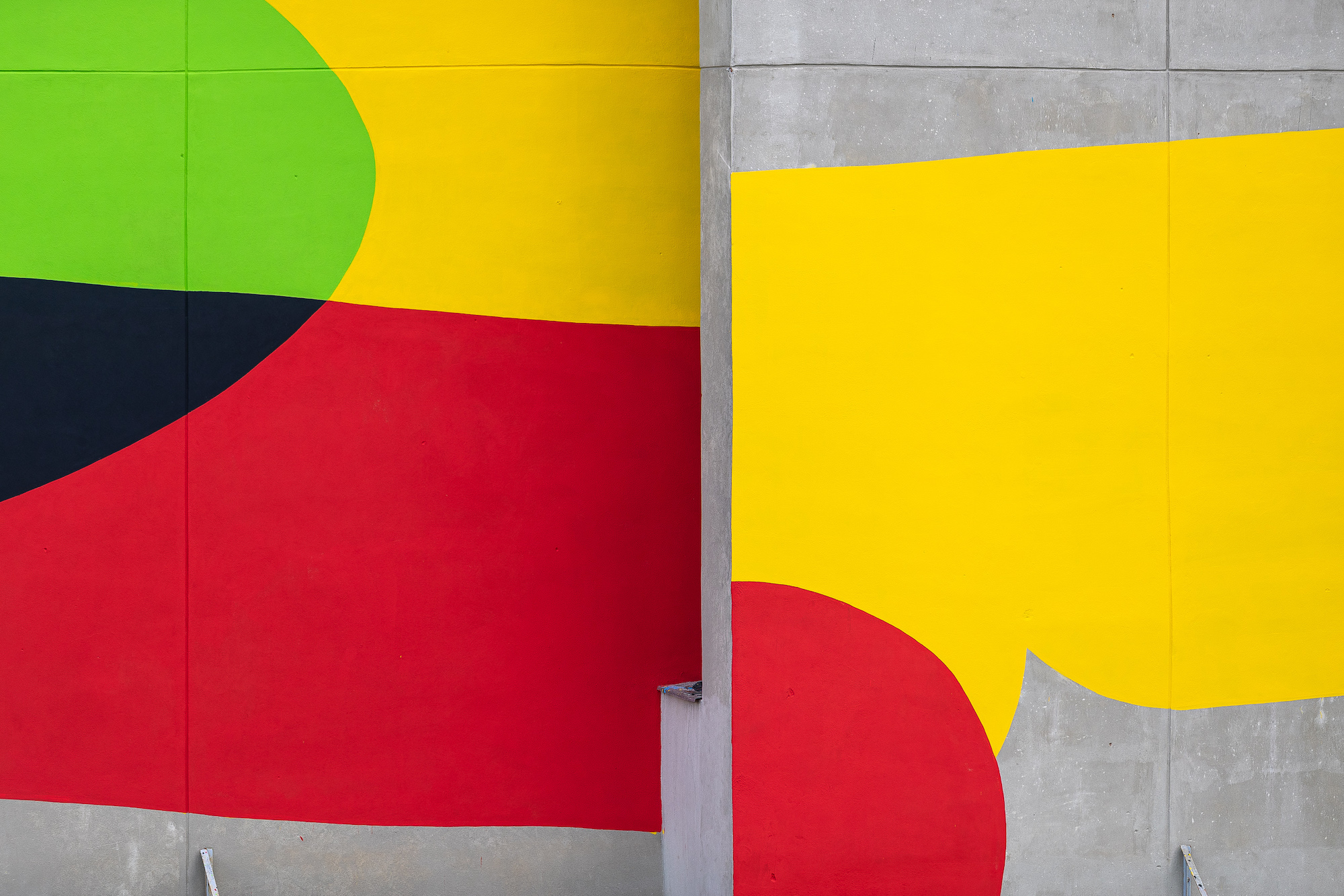 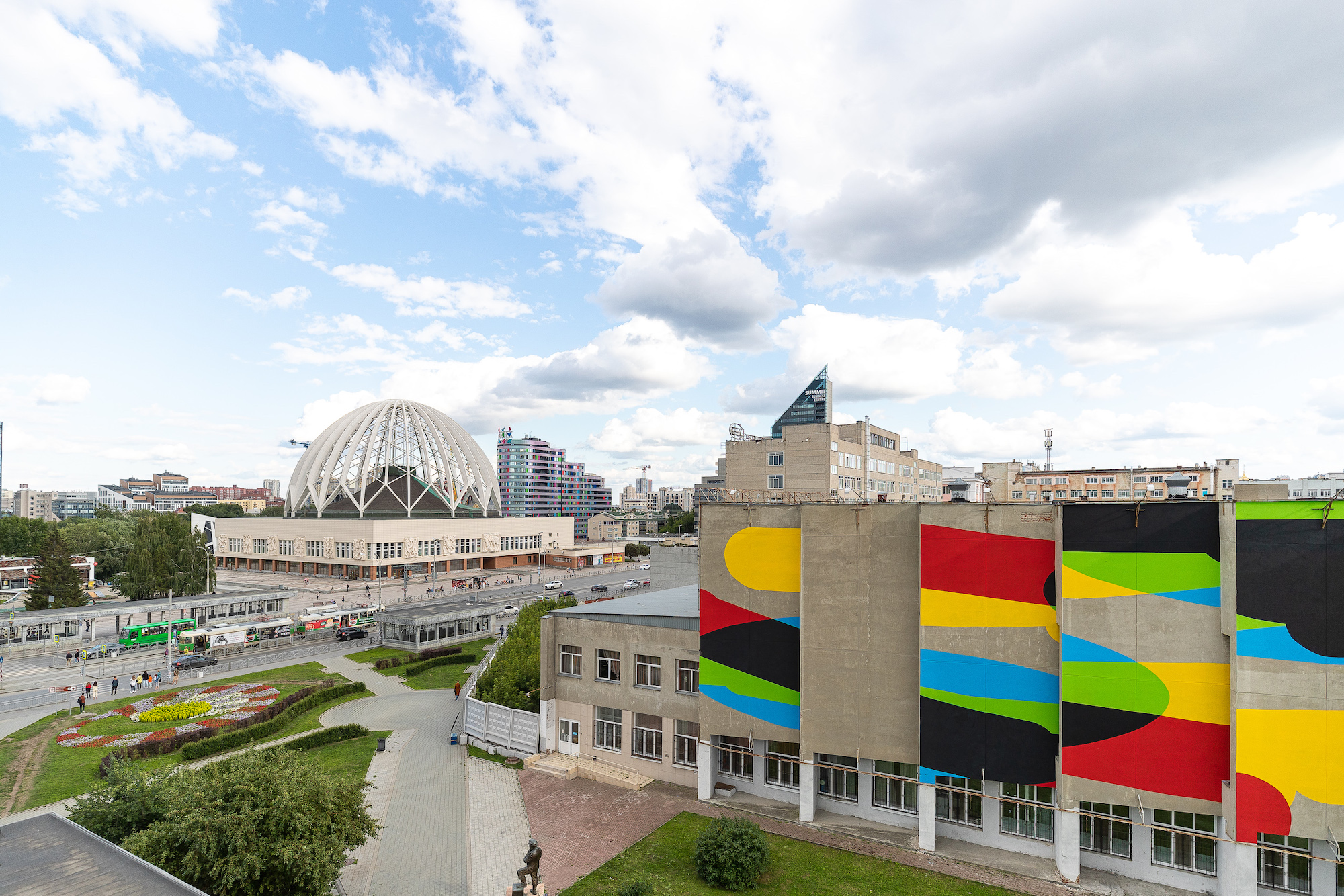