CHUCK CLOSE HAS DIED AT 81. One of the most celebrated artists of his time, Close “earned acclaim for his incisive portraits and more recently faced criticism after multiple women accused him of sexual harassment,” Alex Greenberger writes in ARTnews. His longtime dealer, Pace Gallery chairman Arne Glimcher , said that the artist’s “contributions are inextricable from the achievements of 20th- and 21st-century art.” In 2017, multiple women accused Close of making inappropriate sexual remarks in interactions between 2005 and 2013. The painter told the New York Times, “If I embarrassed anyone or made them feel uncomfortable, I am truly sorry, I didn’t mean to. I acknowledge having a dirty mouth, but we’re all adults.” Obituaries have also run in the Associated Press and the Washington Post, which quotes him describing his thoughts after a spinal artery collapse partially paralyzed him in 1988: “I’m going to get the paint on the canvas if I have to spit the paint on the canvas,” he said. Per the Times, a Close solo show is currently on view at Gary Tatintsian Gallery in Moscow. 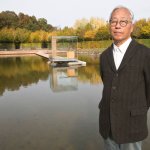 THE ART DETECTIVES HAVE BEEN BUSY. An alleged organized crime figure accused of using drug money to purchase two stolen Vincent van Gogh paintings has been arrested in Dubai, the AP reports. Raffaele Imperiale has been accused of running a massive cocaine-trafficking business, and faces extradition to his native Italy. The artworks, taken from the Van Gogh Museum in Amsterdam in 2002, were found during a 2016 raid of a property owned by Imperiale near Naples. He has denied involvement in the pinching of the works, telling a paper earlier this year, “I bought them directly from the thief, because the price was attractive. But most of all because I love art.” Meanwhile, officials in Berlin said that they have arrested a sixth man in the dramatic 2019 heist of jewels from the Green Vault in Dresden, Germany, ARTnews reports.

In Salzburg, Austria, a driver has been charged with causing negligent bodily harm after running over an artist who was undertaking what she termed a “reclining performance” in the road. The driver, 71, reportedly told police that he thought a doll of some kind was blocking his way and that he was unable to move it. The artist, 41, was injured in the incident. The names of the two have not been released. [The Local and Der Standard]

A painting of Venice by Canaletto that was last sold in 1920 (for around £100 to £200) will be offered with an estimate of £150,000 (about $204,000) by the Gorringe’s auction house in Lewes, England. The work depicts the Punta della Dogana, which is now a museum funded by French billionaire François Pinault. [BBC News]

The Uffizi Gallery in Florence, Italy, has been loaning art it holds to venues throughout Tusany to boost tourism in the region. Its director, Eike Schmidt, told SpaceX founder Elon Musk that he would consider shipping work to Mars if it ends up being inhabited. “If we look long term, I think works of art will be traveling to other planets,” he said.” [The New York Times]

One of the stranger ongoing stories in recent years has been the feud between artists Anish Kapoor and Stuart Semple over Kapoor’s exclusive deal to make art with the “blackest black paint in the world.” Semple has objected to that arrangement, and aims to “liberate” various colors. The whole affair has gotten a bit dramatic. [CNN]

The artist Kacey Wong, who recently fled Hong Kong, said in an interview from Taiwan that he worried that his activist art might lead authorities to detain him before he boarded his departing plane. Undercover police were at his gate, he said, and acted like they were defending “a penalty goal at a football match, they were staring at everybody presenting their passport and boarding pass.” [The Guardian]

On a lighter soccer note, superstar player Lionel Messi, who recently signed with the club Paris St Germain, has released a series of NFT artworks with his image, created by the designer BossLogic. “Art is like football. Eternal,” Messi said. The collection is titled—why not?—“Messiverse.” [Reuters]

HOLY COW! In September, the Queens County Farm Museum in New York will showcase a three-acre labyrinth of corn plants—the Amazing Maize Maze, it is called—with a very special design. Viewed from the sky, it will resemble Andy Warhol’s Cow (1966) work, which he famously turned into wallpaper. “Warhol’s creative enterprise was intended to reach the masses,” Patrick Moore, the director of Pittsburgh’s Andy Warhol Museum, said in a statement. “He would surely be pleased that his Cow image has been presented in museums and galleries and now is making its first appearance in a cornfield.” [Press Release/QCFM]

The Three Versions of The Jazz Singer and the Sinister Bargain of Jewish WhitenessItalian Man Suspected of Planning van Gogh Heist Arrested – ARTnews.com