It’s fair to say that Melbourne-based cartographer Anton Thomas is obsessive. When making one of his hand-drawn illustrated maps, he descends into what he calls “map hermitdom.” It gets so bad that he can’t make eye contact with people in the supermarket; going out to pick up a pint of milk feels like it might derail the entire process.

Thomas is currently working on a world map titled Wild World. This map will be adorned with landforms and animals specific to each region but will not include national borders—for example, he has drawn both North and South Korea’s national birds on a united Korean peninsula. “Borders are abstractions we make real through our infrastructure and policies,” he says. Thomas started the map in July of last year; he is hoping prints can be ready in time for this year’s holiday season. 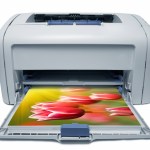 Thomas’s materials are simple. He’s drawing the map on a single piece of acid-free Fabriano Accademia 200-gsm paper—he has a roll from which he cuts the amount he needs. He uses Faber-Castell Polychromos colored pencils because they’re lightfast, especially important given the amount of sun his studio gets. Between drawing sessions, he covers the map-in-progress with another sheet of acid-free paper and then a piece of black paper to shield it from ultraviolet rays. Details are enhanced with a 4H Staedtler Lumograph graphite pencil. To keep his drawing tools needle sharp (he uses a magnifying glass when drawing), Thomas cuts away the wood with a steel craft knife before refining the tip with a sandpaper block. Labels are written with a 0.03-millimeter fine-line pen.

Thomas’s attention to detail extends to his research into each region’s fauna. Wild World includes, for example, the scimitar oryx, which went extinct in the Sahara in 2000 but has since been reintroduced into the wild in Chad and Tunisia.

Thomas thinks he has drawn around 460 animals so far, estimating there will be a total of 700 when the map is finished. He’s still got the landmasses of Australia, New Zealand, and Antarctica to go, then the whole ocean floor, so it’s not unreasonable to think that there might be even more. He integrates the animals into the maps’ flowing landscapes—they wander through their respective habitats rather than being superimposed on top. “There’s a history of pictorial maps being cartoonish,” Thomas says, “but that’s not what I’m looking for.”

This dedication to realism has led to considerable cartographic nerdery around map projection—how the surface of a three-dimensional globe is flattened to make a two-dimensional map. For his last map, a rendering of North America that he worked on from 2014 to 2019, Thomas used Google Earth’s Mercator projection, but he put much more thought into what type of projection to use for Wild World.

Even though the Mercator projection is the most familiar to viewers—it’s the one that you often see in classrooms—it becomes increasingly distorted toward the poles, making Greenland, for instance, appear the same size as Africa. Thomas also didn’t want to use an equal area map projection, not only because landmasses are less recognizable in this type of projection but because there wouldn’t be enough room on them for the animals. In the end, he chose the Natural Earth projection, a pseudo-cylindrical projection, centering it 11 degrees east of Greenwich.

Thomas printed the map projection at the scale he wanted, stapled it to the back of his drawing paper, and then, with the aid of a light pad, traced it onto the paper with a blunt HB pencil. Islands were tricky; he describes the archipelagos off Patagonia’s southern coastline as looking like a Jackson Pollock drip painting. Geographic features like these he draws as textures, rather than trying to trace them. As Thomas finishes each section, he goes over the coastlines with pen; each inked coastline is a milestone in his progress. When he finished Malaysia, which was also when he completed the Afro-Eurasia landmass, he called it a “crack a beer and put on a song” kind of moment.

During the five years Thomas spent drawing North America, he also had a day job. Now that print sales of his North America map are enough to sustain him, he’s able to work full time on Wild World. He plans to do a map of Oceania next. “My maps,” he says, “are a love letter to reality.”