“Athena and Minerva” by URIGINAL in Madrid, Spain – StreetArtNews


The building of the Livensa Living Studios Madrid Alcobendas project culminates with the mural intervention of more than 138 square meters of the artist Uriginal, who has represented a femme character, which fusions Athena, the Greek goddess of war and civilization, with Minerva, the Roman goddess of wisdom and the arts. The figure’s face traits look like a mosaic made of a myriad of color hues. The artist’s touch is remarkable in this work, a mark characterized by the deconstruction of organic forms to visually reinterpret them through geometric compositions that play with lights and shadows, and different volumes. 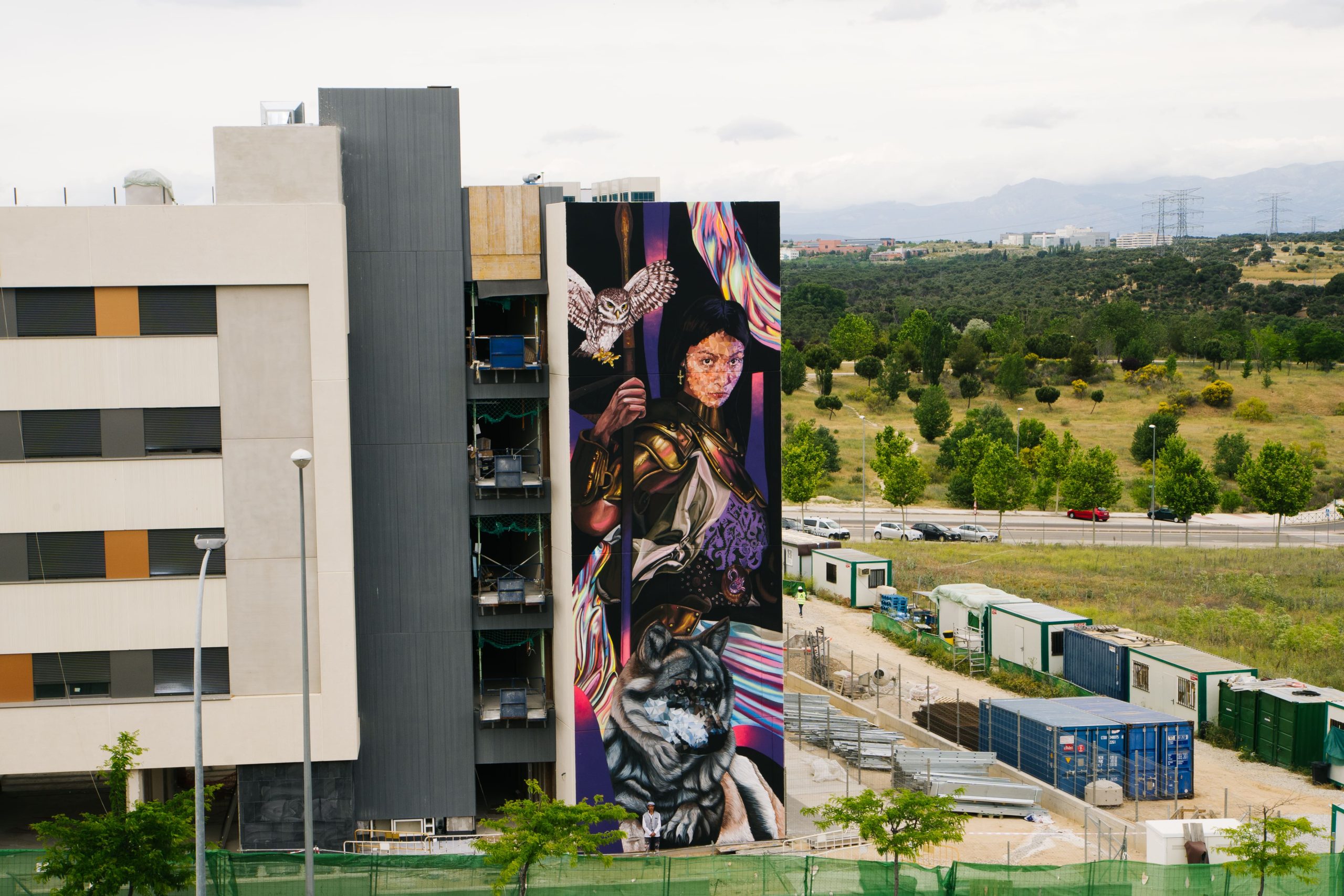 Departing from the command of color and anatomy, the artwork challenges the beholder to question how our eye deciphers what we see, which is constituted by a million of chromatic points that are ordered by sight into a shape that makes sense. The exercise that Uriginal executes is an inverted “trompe l’oeil” – instead of making his hand invisible, the artist highlights the coding of the image leaving it in its initial state, without interpretations or nuances. 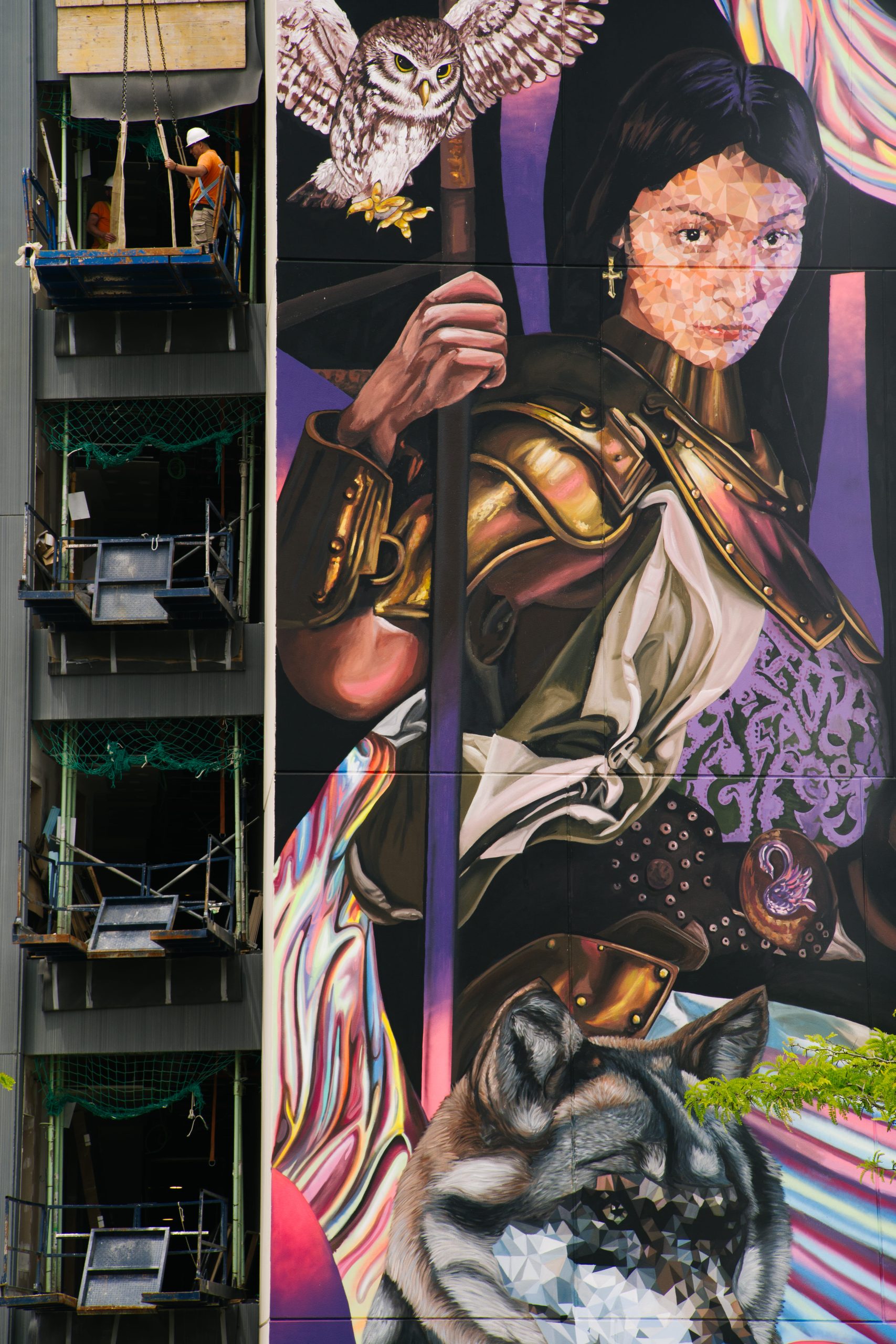 Minerva’s fragmented face is complemented by another of the artist’s marks: the vibrant sunflower-like colors emanating from the figure transport us to a contemporary apparition of the goddess. At the same time, it reaffirms the artist’s mission of trying to reveal the mysteries of color. 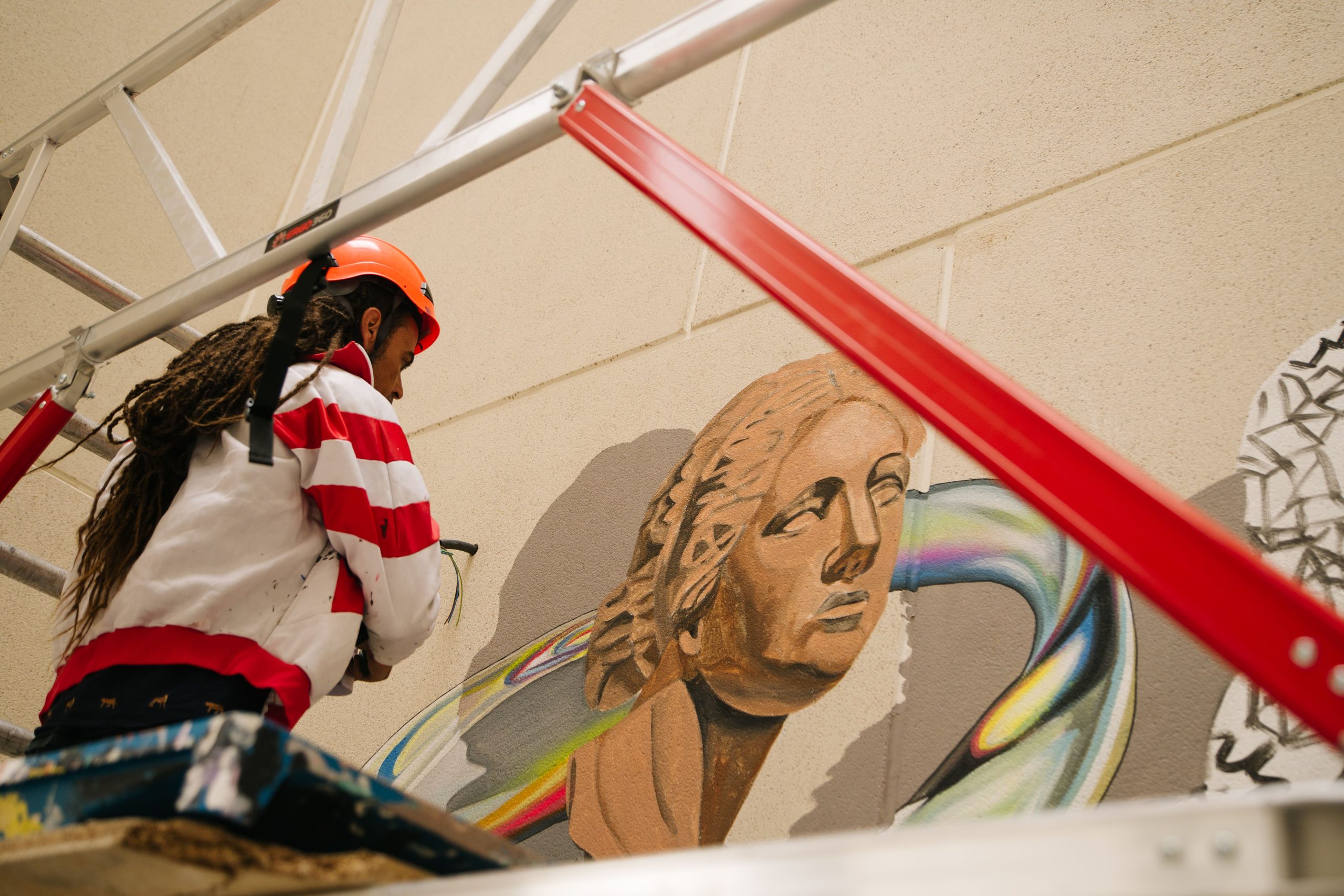 Uri, otherwise known as Uriginal, is an artist based in Barcelona, who has gained massive recognition for his art which details, a mixture of historical art pieces with modern elements. By taking the subjects from famous works of art he brings a new perspective of life to his works by adding bright colours and bold lines.

Following with the theme of combining modern elements to classics, he involves the uses of kaleidoscopic geometry throughout a significant number of his works, having a heavy influence from fellow Spaniard and world-renowned architect, Antoni Gaudí and his application of multi-coloured mosaics in his works. 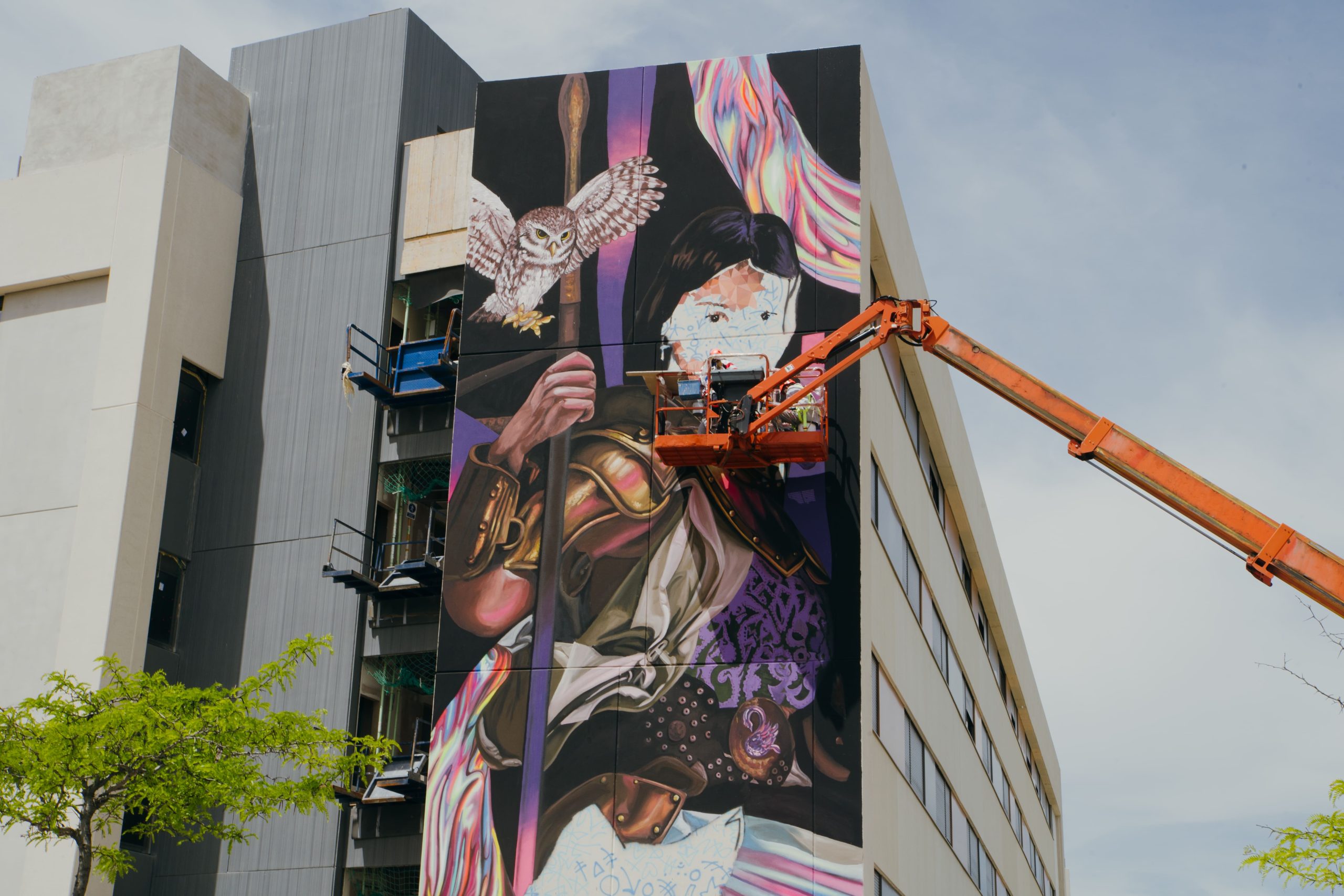 The pieces made by Uri have an essence of being preserved by father time with a emphasis upon a certain subject or occurrence. The mixture of this along with the tessellations of the mosaics gives the illusion of constant development or alternation and the colours, humour and creativity is part and parcel of Uri’s expression.

REBOBINART: Is a producer of urban art projects, founded in 2012 with the aim of promoting a professional vision of urban art by putting it at the service of social and cultural revitalization through the creation of projects that are rooted in the territory. Specialized in large format production, Rebobinart works to boost the most elaborate expressions of urban art by promoting artistic projects that provide added value to urban space and that generate new forms of communication among citizens through art and culture.

Scroll down below for more photos of Uriginal’s work. 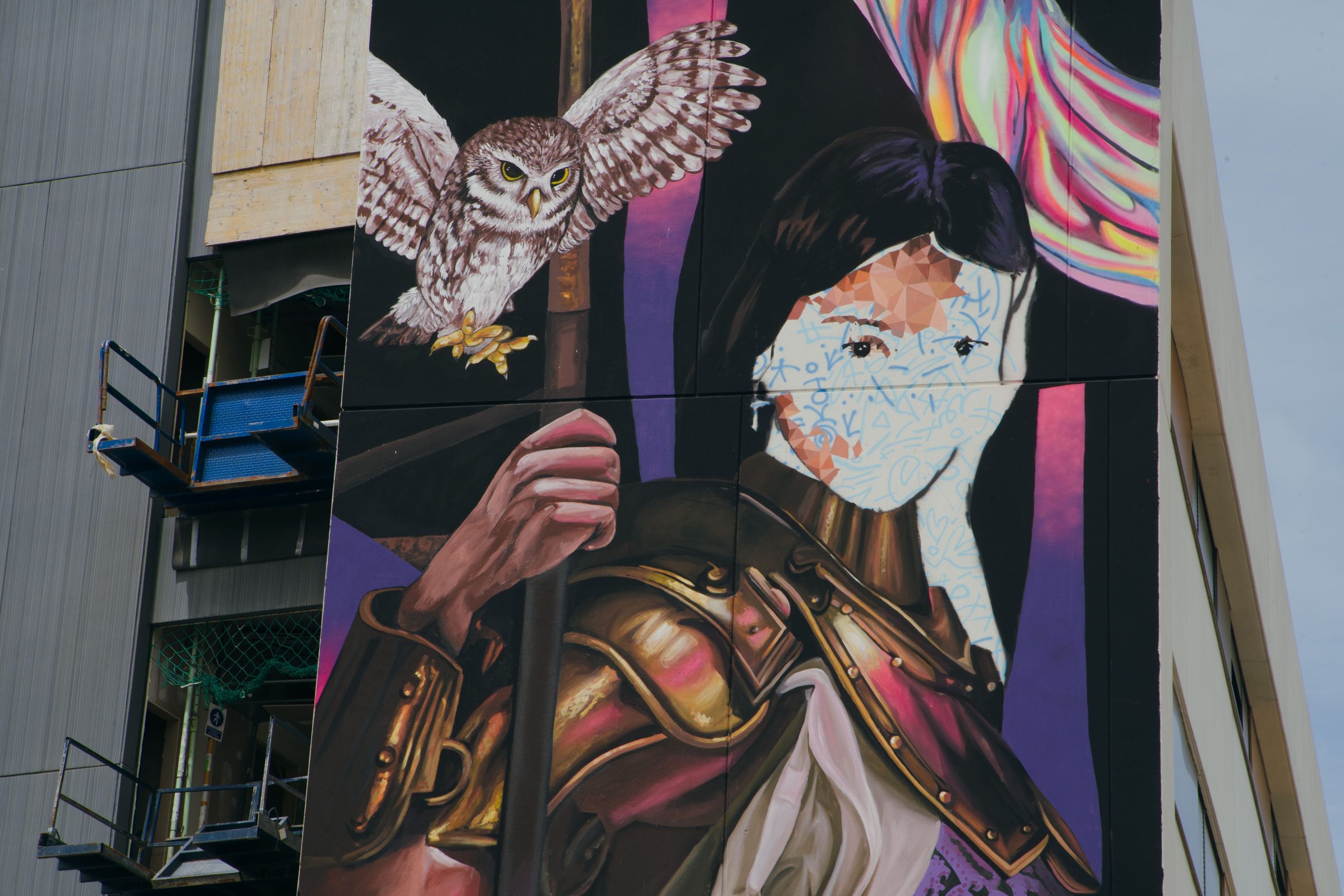 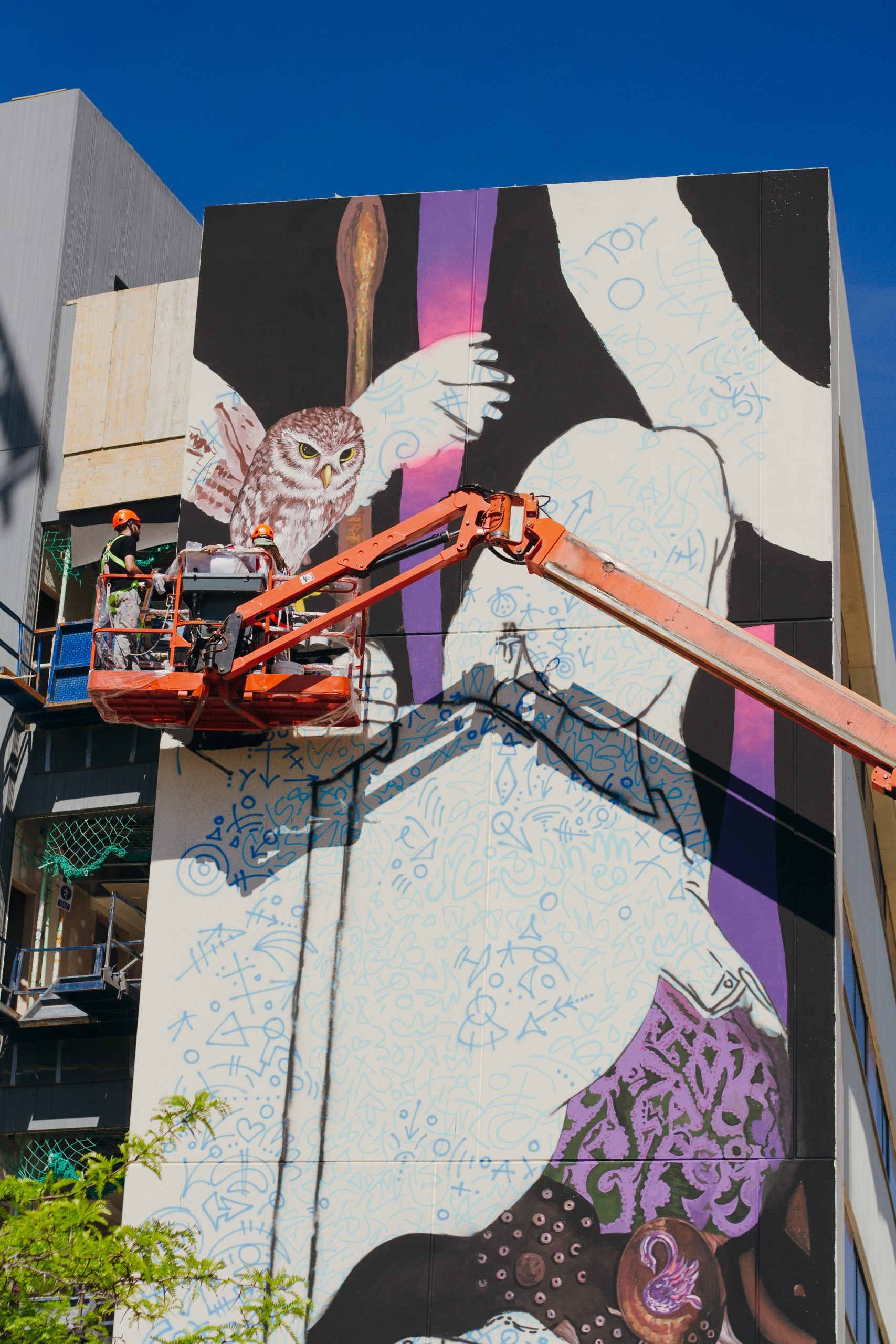 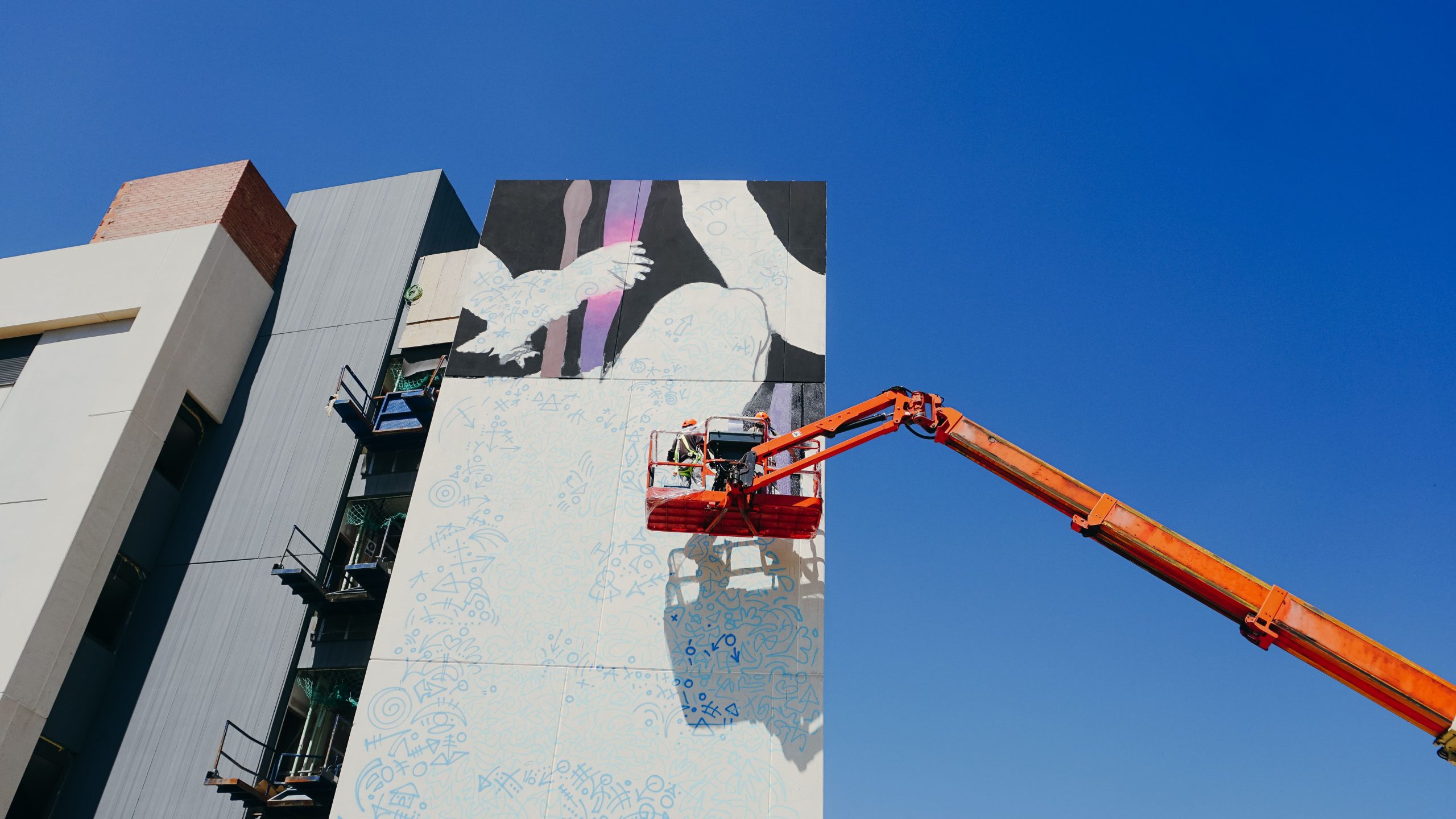 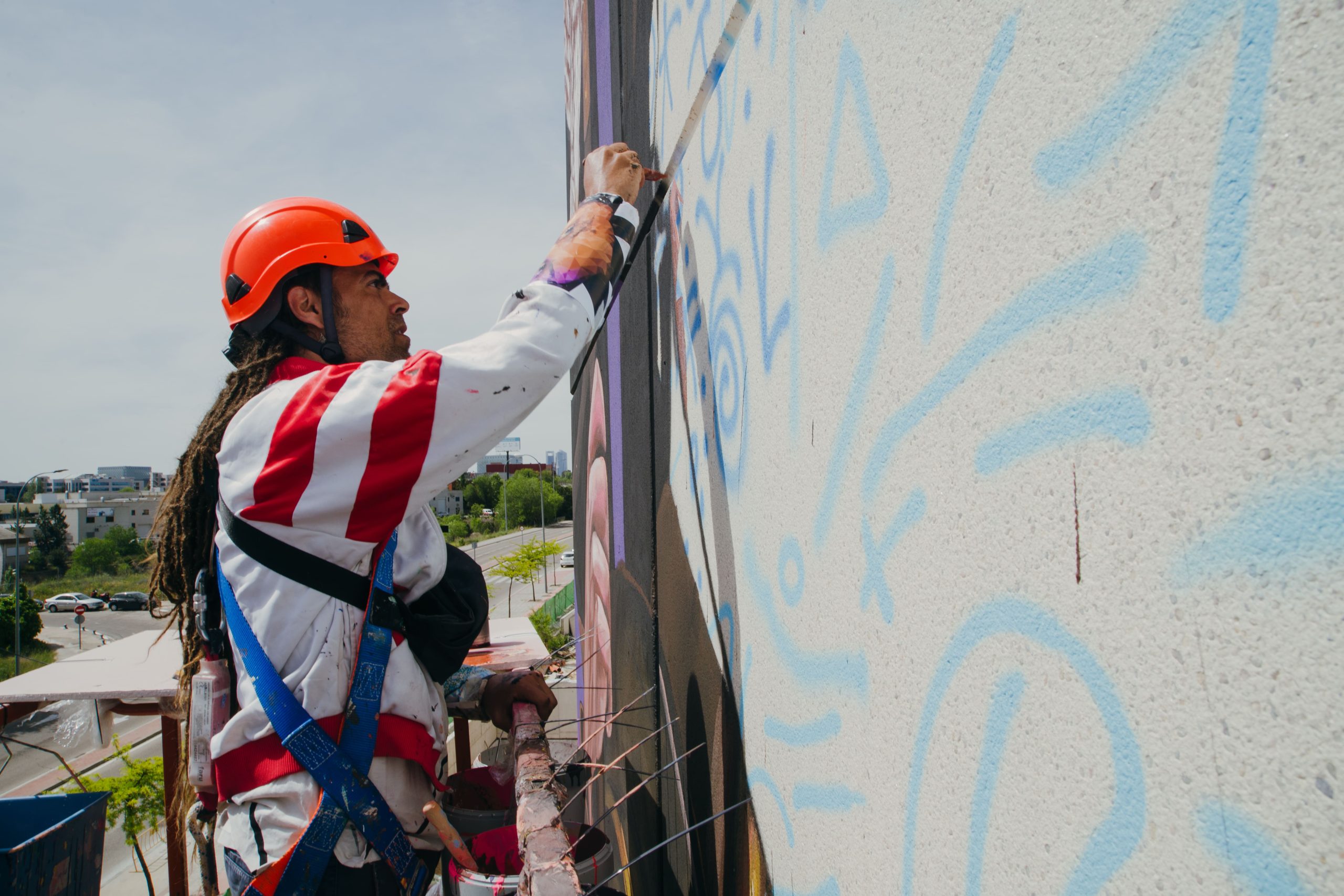 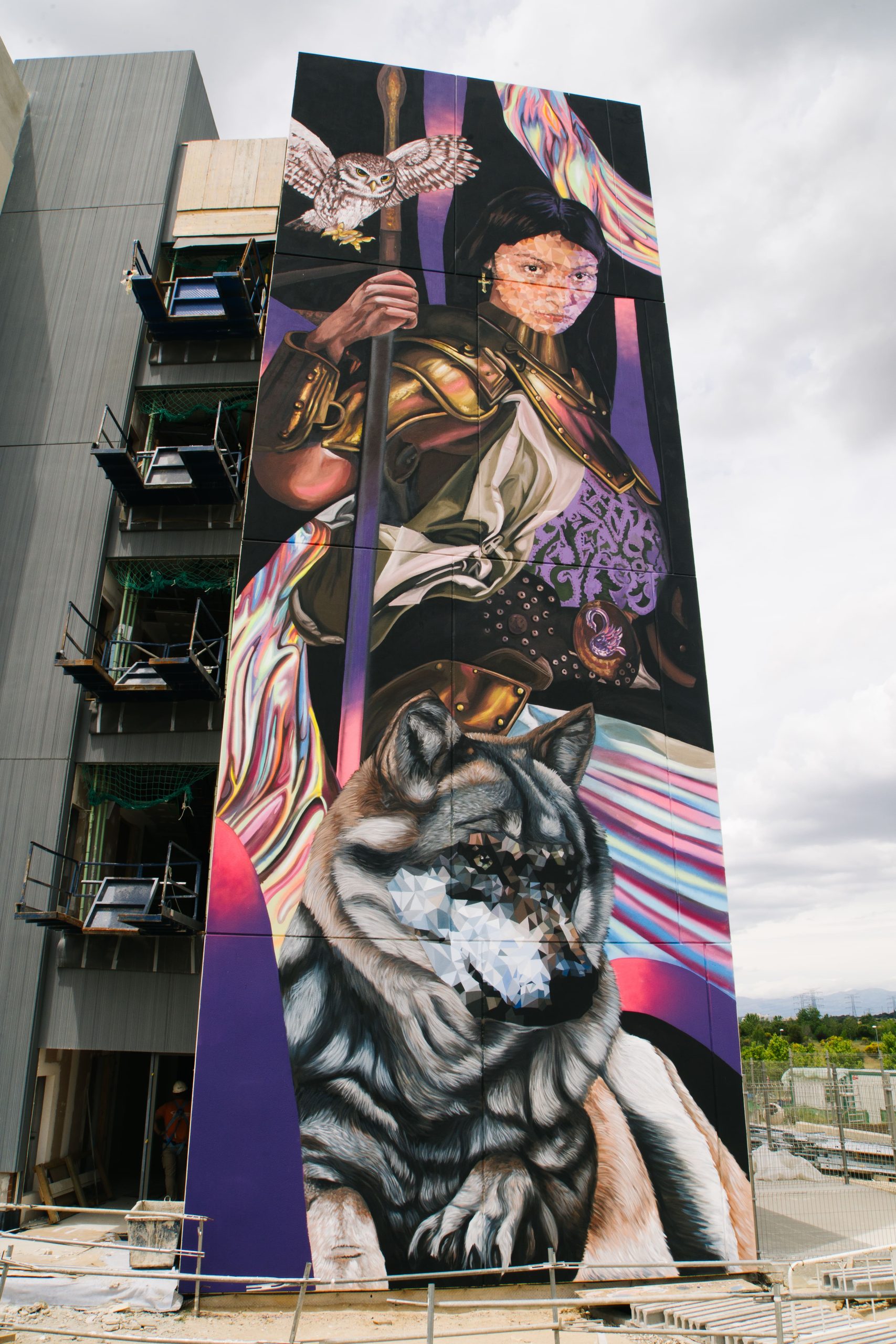 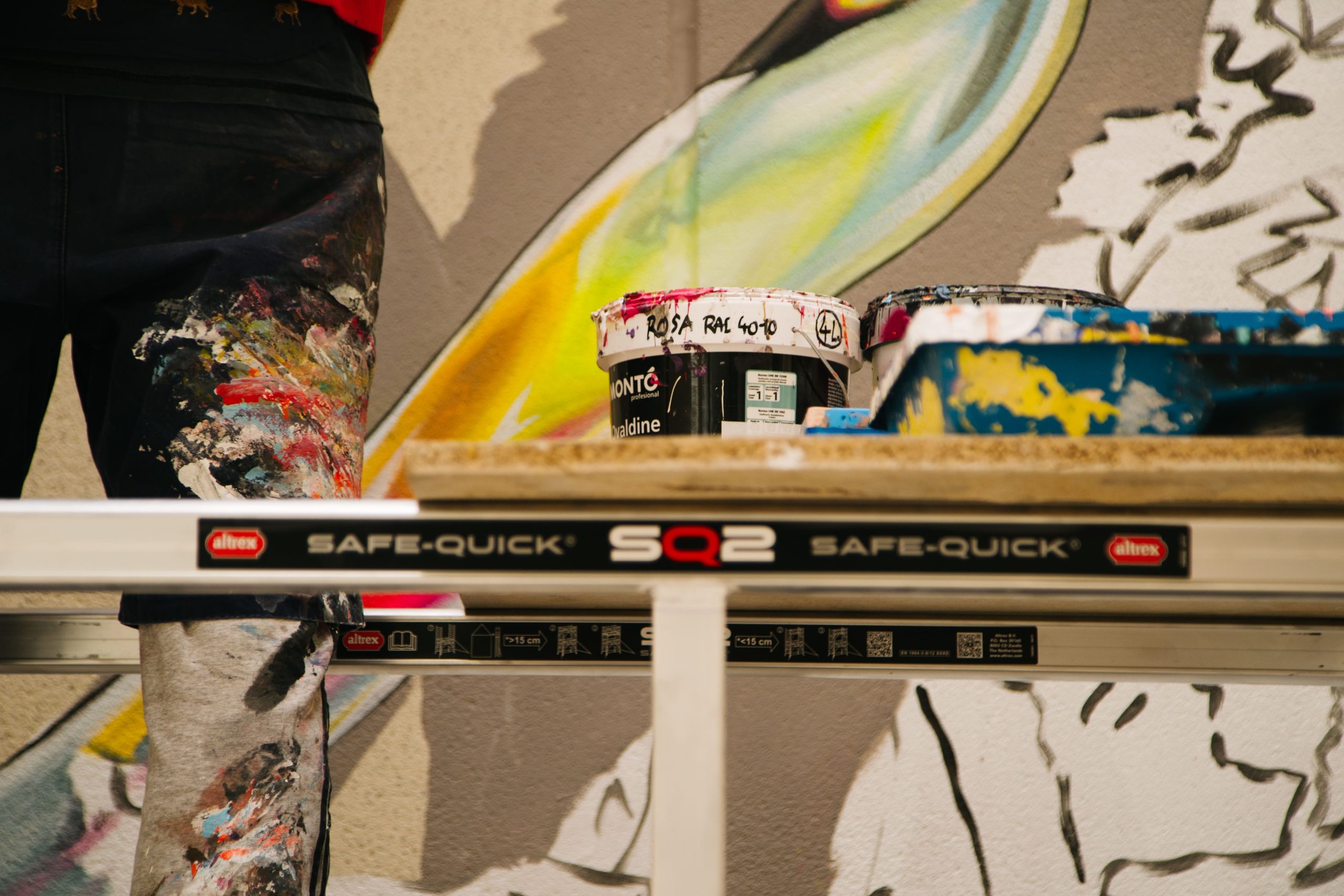 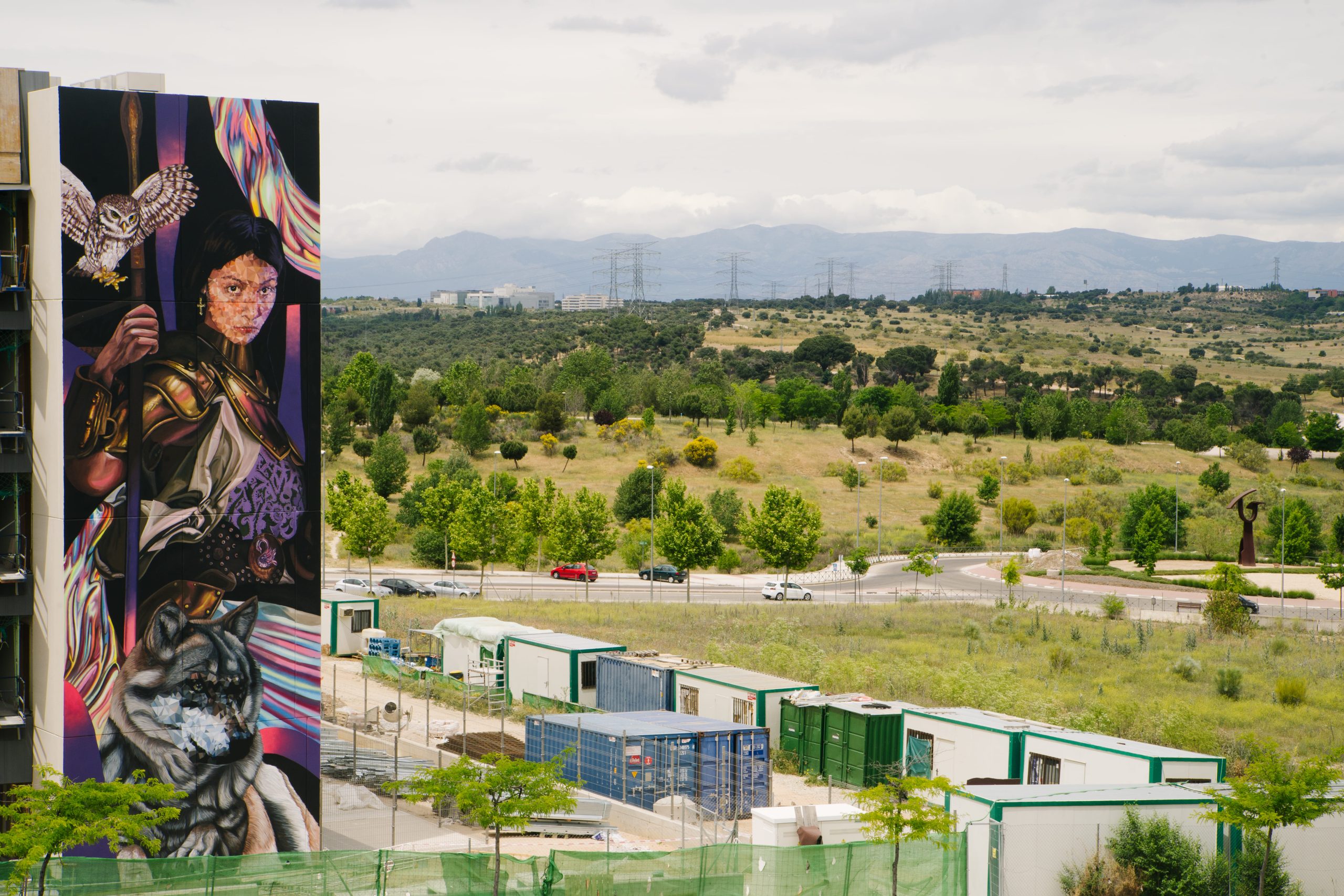 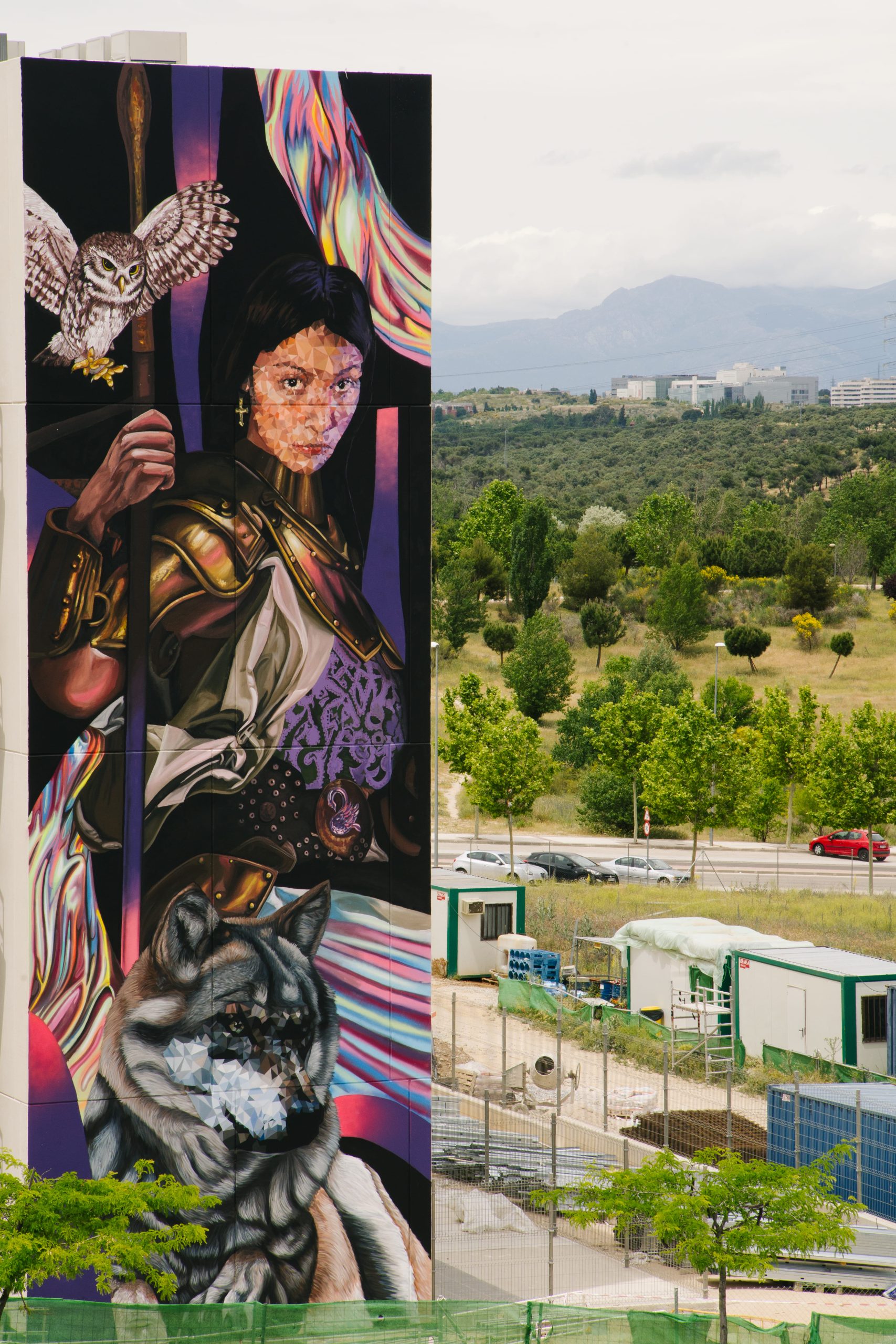 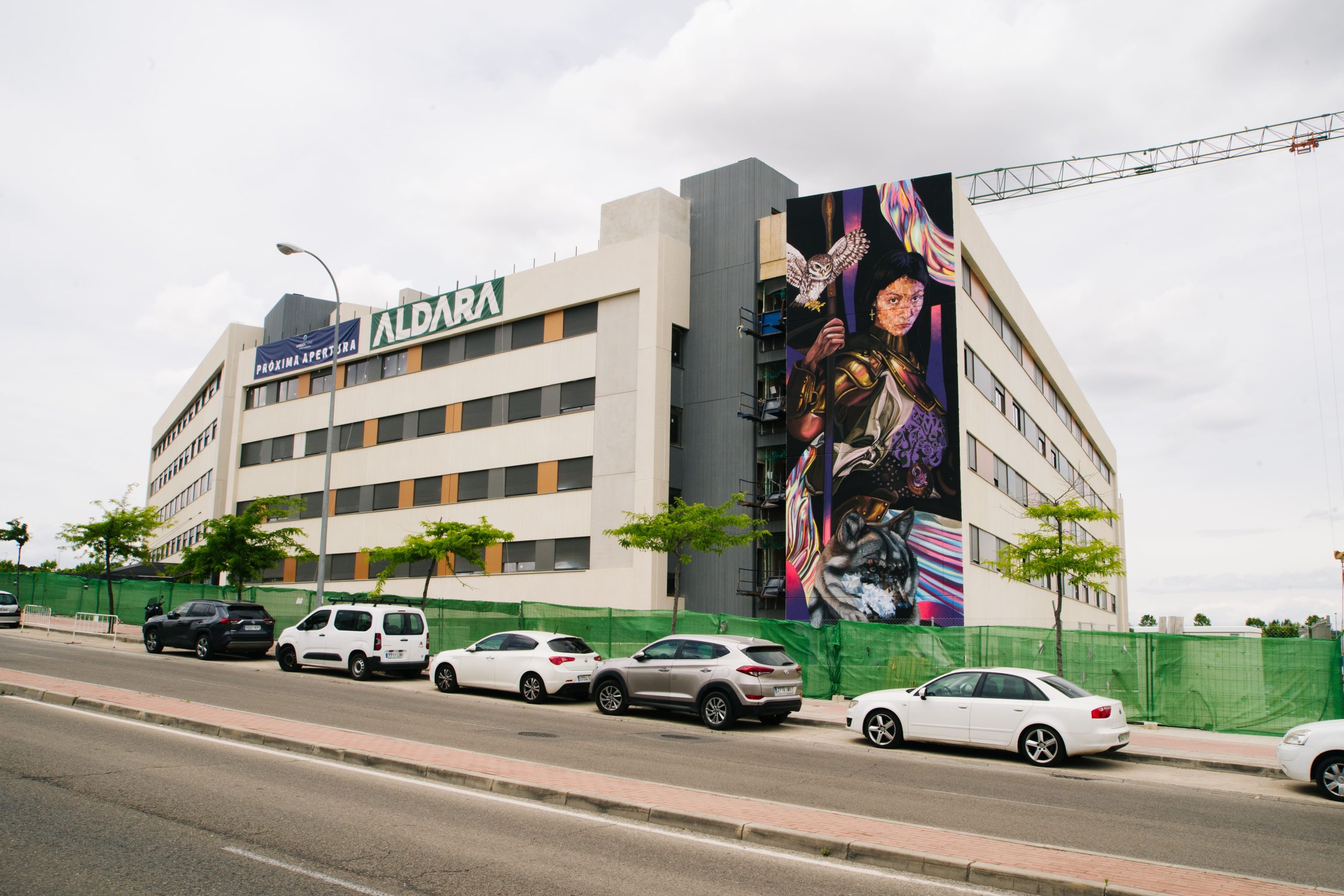 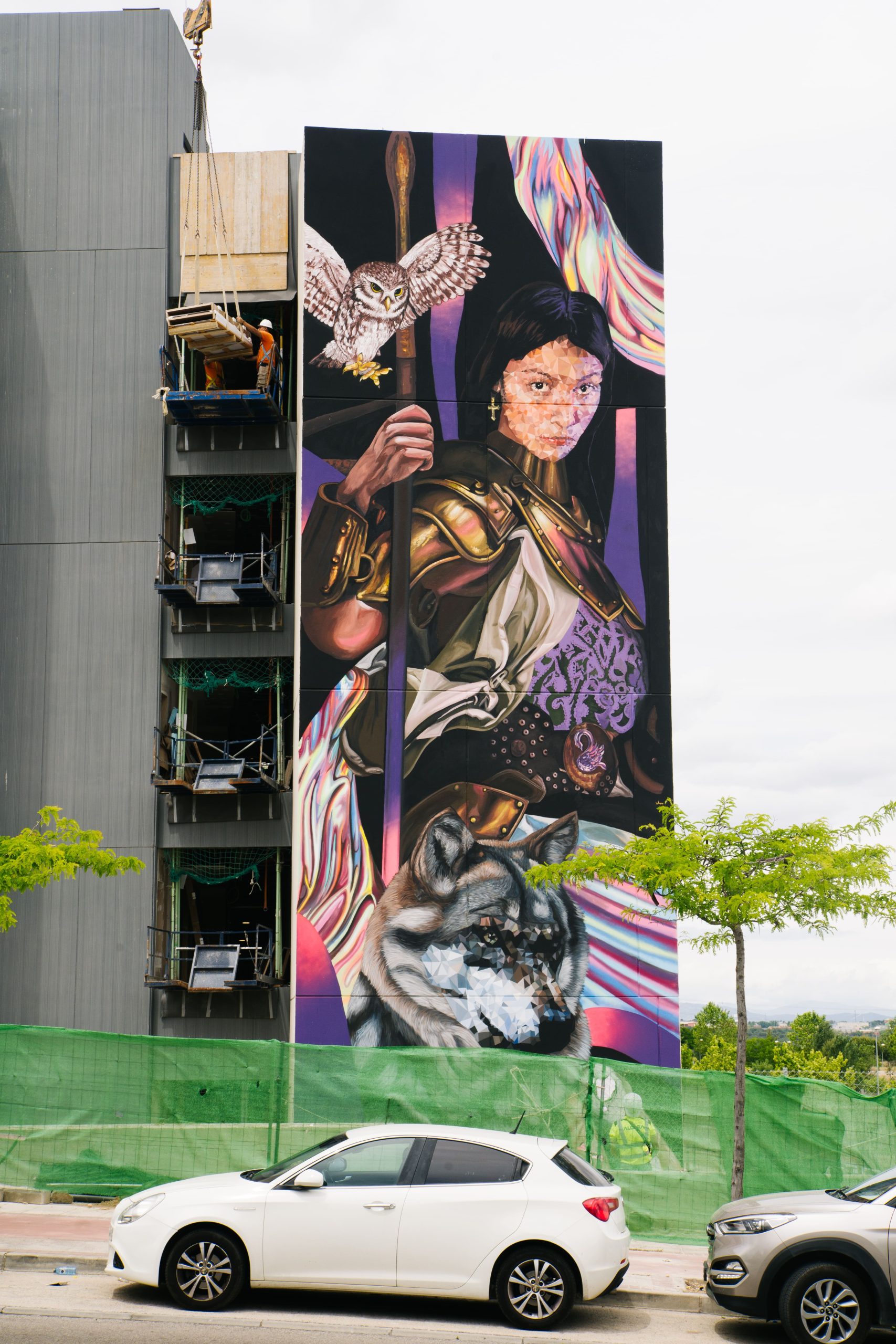 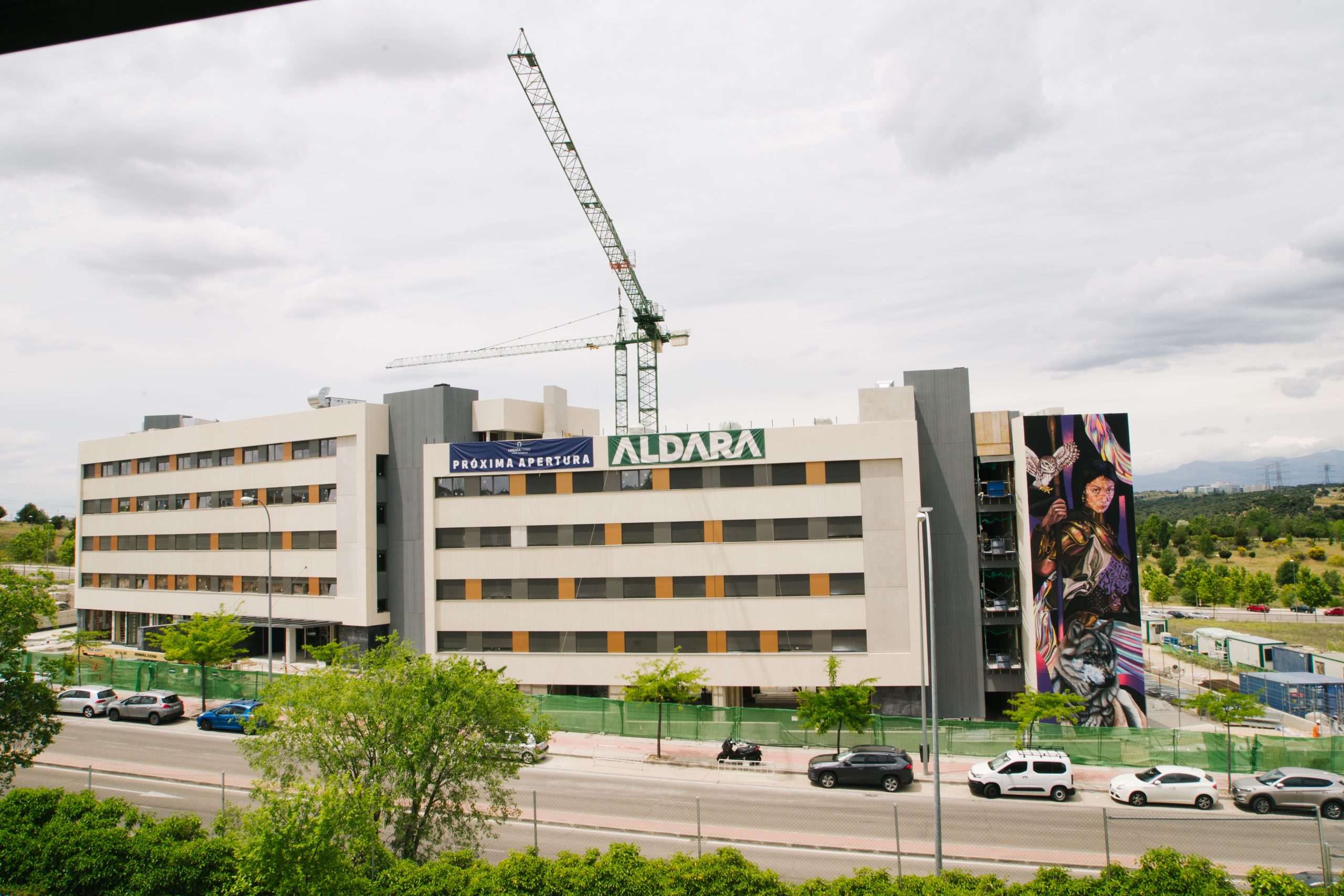