A DISPATCH FROM DOWN UNDER: Due to lockdown measures, a show devoted to the trailblazing abstract painter Hilma af Klint will close at the Art Gallery of NSW in Australia after being open to the public for only 14 days, the Sydney Morning Herald reports. A planned stop at the Heide Museum of Modern Art in Melbourne was previously canceled. In New York, a 2018 display of af Klint’s paintings at the Guggenheim was a surprise hit, drawing 600,000, an all-time record for the museum—a remarkable achievement for an artist who was fairly obscure following her death in 1944. The artist’s works, which made the trip to Oz from her native Sweden, now head to the City Gallery Wellington in New Zealand. On a more positive note for Aussies, the Australian Broadcasting Corporation reports that researchers using a new scientific method to analyze rock art in Kimberley believe that it may be 43,000 years old, making it some of the oldest art in the world. 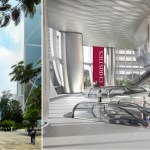 REGRETTABLY, THERE ARE SEVERAL ART OBITUARIES TODAY. Dame Elizabeth Blackadder, who won renown in Scotland for her paintings of flowers, has died at 89, according to BBC News. The French philosopher Jean-Luc Nancy, an ardent writer about aesthetics and art, particularly the work of On Kawara, has died at 81, ArtReview reports. Robert Brooks , who was the youngest auctioneer in Christie’s history when he took up the hammer, and who owned Bonhams from 2000 to 2018, has died, aged 64, the Art Newspaper writes. And Charlie Watts, the beloved drummer of the Rolling Stones, is gone at 80. He was “the band’s irreplaceable heartbeat,” Rolling Stone says.

While it was his drumming that made Charlie Watts famous, he started out his professional life as a graphic designer and initially turned down an offer to join the group Blues Incorporated because he was departing England for Scandinavia to do design work. His credits in the visual arts include illustrating (and writing) a children’s book about saxophonist Charlie Parker that was published in 1965. [The New York Times]

A new law in Hong Kong will punish illegal screenings of films with up to three years in prison and a fine of as much as HK$1 million (about $128,000). The measure will also allow authorities, on national security grounds, to revoke permission to show films that were previously approved. [Variety]

Another fair has been felled by the coronavirus: PAD has nixed its planned October run in London during Frieze Week. The Paris edition of the art and design event is on the calendar for April. [The Art Newspaper]

A 1984 painting by the Mono-ha living legend Lee Ufan sold at Seoul Auction for ₩3.1 billion (about $2.66 million), the most ever paid for a work by a living Korean artist at auction. The previous top mark was set by a 1975 Lee piece only two months ago, when it made ₩2.2 billion ($1.88 million) on the block. [Yonhap News]

The venturesome artist Jade Kuriki-Olivo, also know as Puppies Puppies, got the profile treatment from Jameson Fitzpatrick. “I’ve always been in love with the idea that art just blends in with life,” she said. “Everything seamlessly intertwines, and you start to not be able to differentiate the edges between the two. That blurriness is where I thrive.” [T: The New York Times Style Magazine]

On Thursday, the Smithsonian will host a virtual event to launch a multiyear program that aims to address race and racism. “Our Shared Future: Reckoning with our Racial Past” is its title. “We want to contribute to making the county better,” Smithsonian Secretary Lonnie G. Bunch III said. “The goal is to find that shared future.” [The Washington Post]

HISTORY IS FILLED WITH WILD TALES of reckless and self-destructive artists. But such people are the exceptions, actor Jonah Hill argues in a GQ interview. “It’s all a dumb mythology that you’re supposed to be miserable to be talented, and it’s so absurdist,” Hill says. “It’s genuinely: I got healthier, my art got better, and I was happier. Straight up. I haven’t seen misery bring better art out of anybody. I just haven’t.” [GQ]