“…Back to school, Mickey Mouse!” by OZMO in Savona, Italy – StreetArtNews


Urban artist OZMO just created a mural on the facade of the Istituto Comprensivo delle Albisole. The project was conceived by the Councilor for Culture and Education Simona Poggi and was created with the fundamental contribution of the A. De Mari. 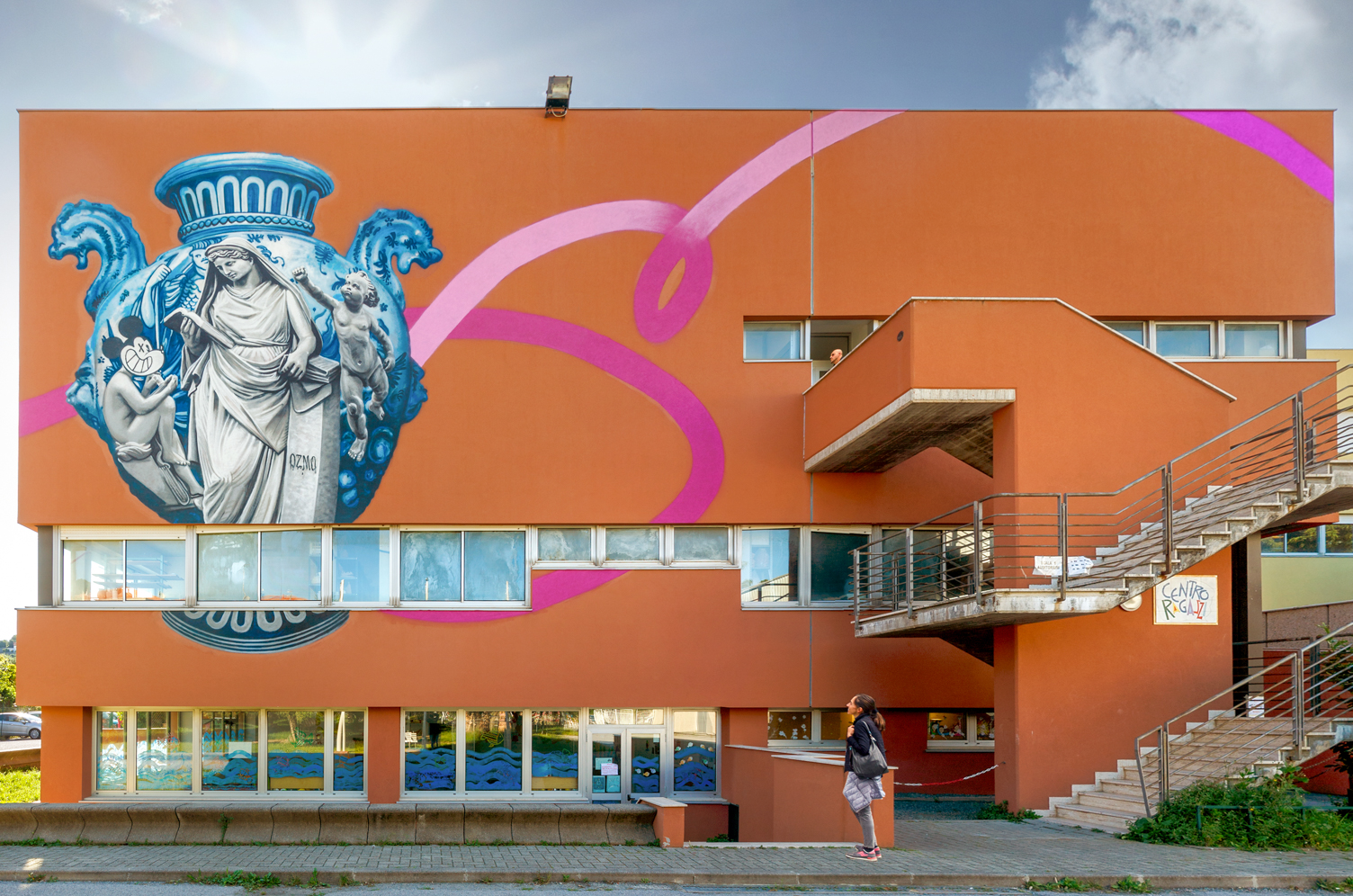 With this mural, Albisola confirms itself once again as a city that welcomes and develops languages from contemporary art. Over the years, in fact, the Ligurian town has been a privileged meeting place between tradition and avant-garde, a fundamental destination for great artists of the twentieth century. 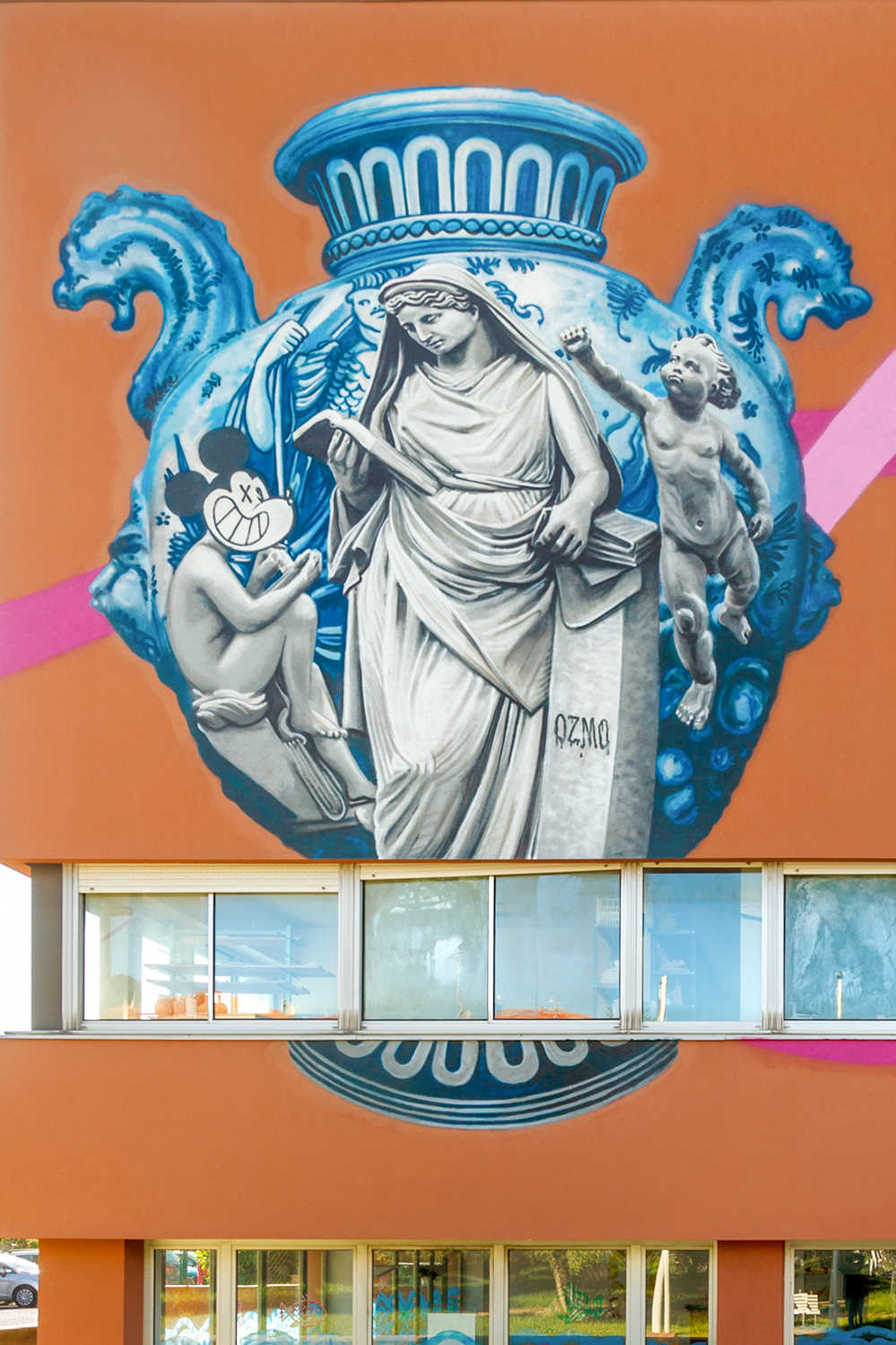 In “..Back to school, Mickey Mouse!”, The classical sculpture of a woman, absorbed in reading, is painted between two putti. On the one hand, that of the Verrocchio appears intent on reaching something and with his posture encourages us to look different perspectives; on the other, that of Canova, takes on the appearance of a Mickey Mouse with an unusual smile, causing wonder and estrangement. 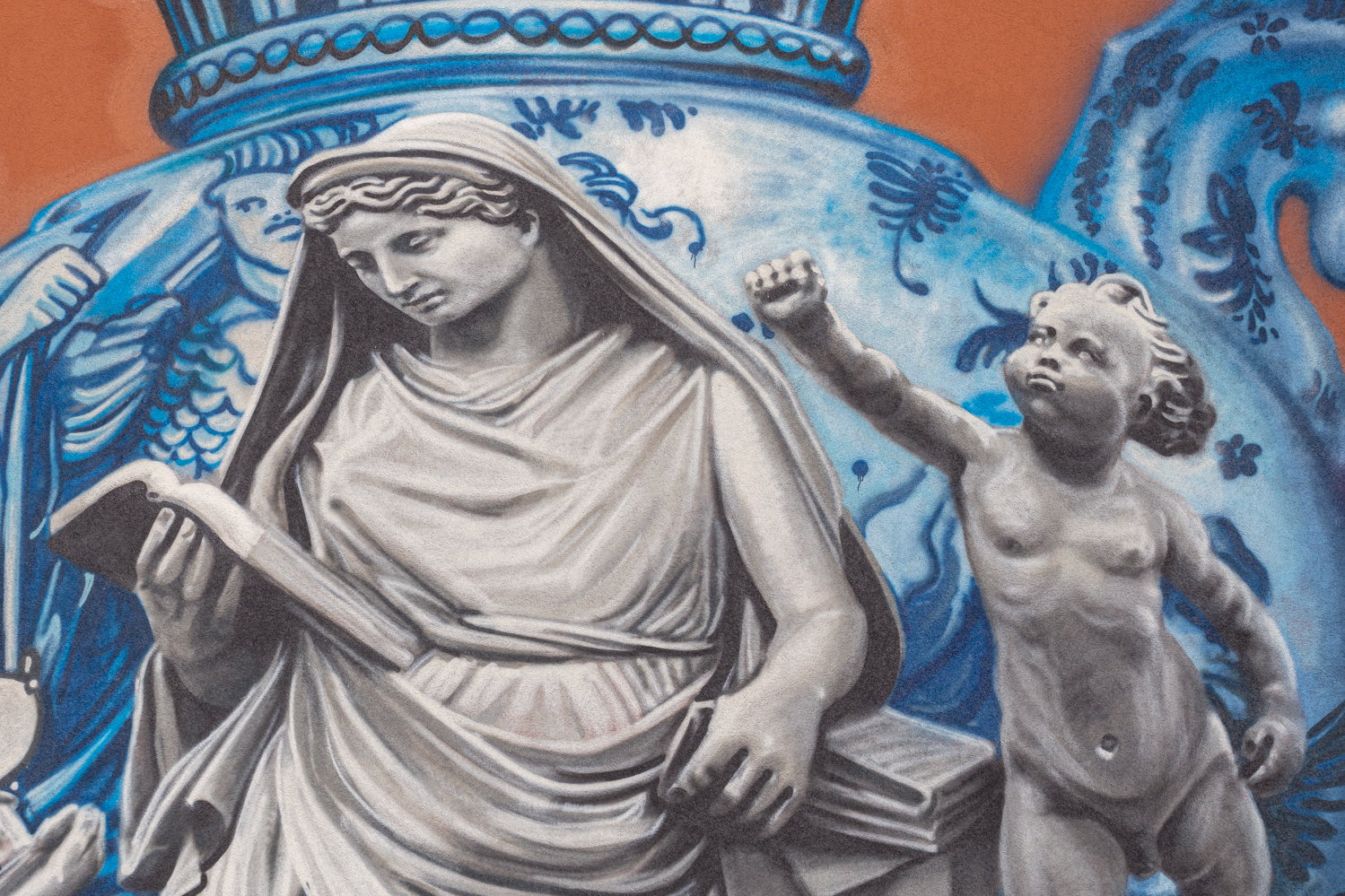 Born in Pontedera, Pisa, Ozmo made his first steps in the comics world, but since early 90s he soon moved his focus on writing and painting. In short time his tag would have become one of the most famous and respected ones in the Italian graffiti scene. A special reportage dedicated to Ozmo on ‘Aelle’ – the most famous urban culture underground mag in Italy – will consacrate him as one of the leading figure in the national underground writing scene.

The way Ozmo is combining painterly elements like figures, shapes, colors and the way the composition is being constructed suggest how thorough is the artist’s approach. References from popular culture, art history, and politics that are wisely appropriated contribute largely to both seriousness and humor of his works, as well as to their contemporaneity.

Check out below to see more photos of “…Back to school, Mickey Mouse!” 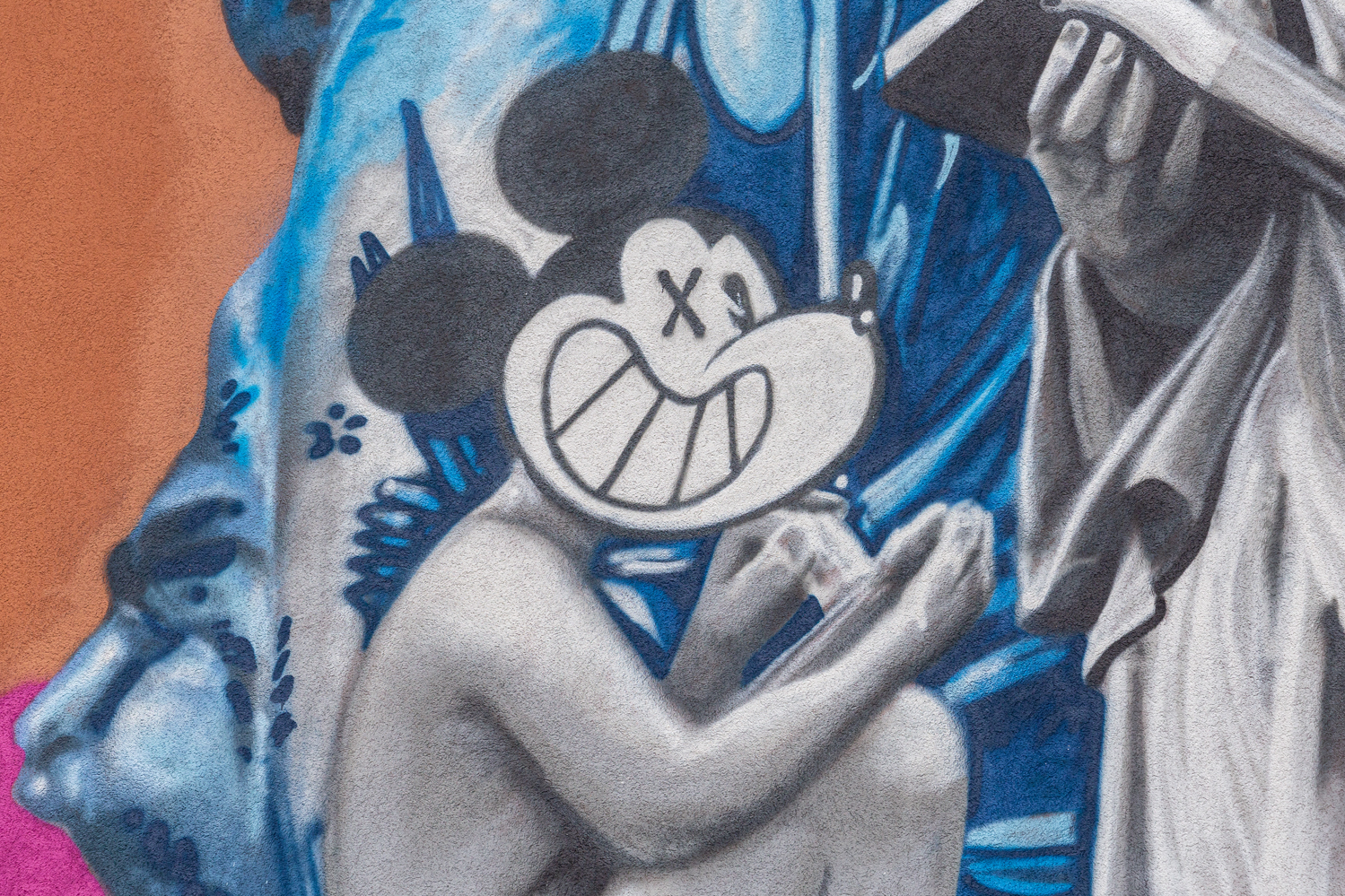 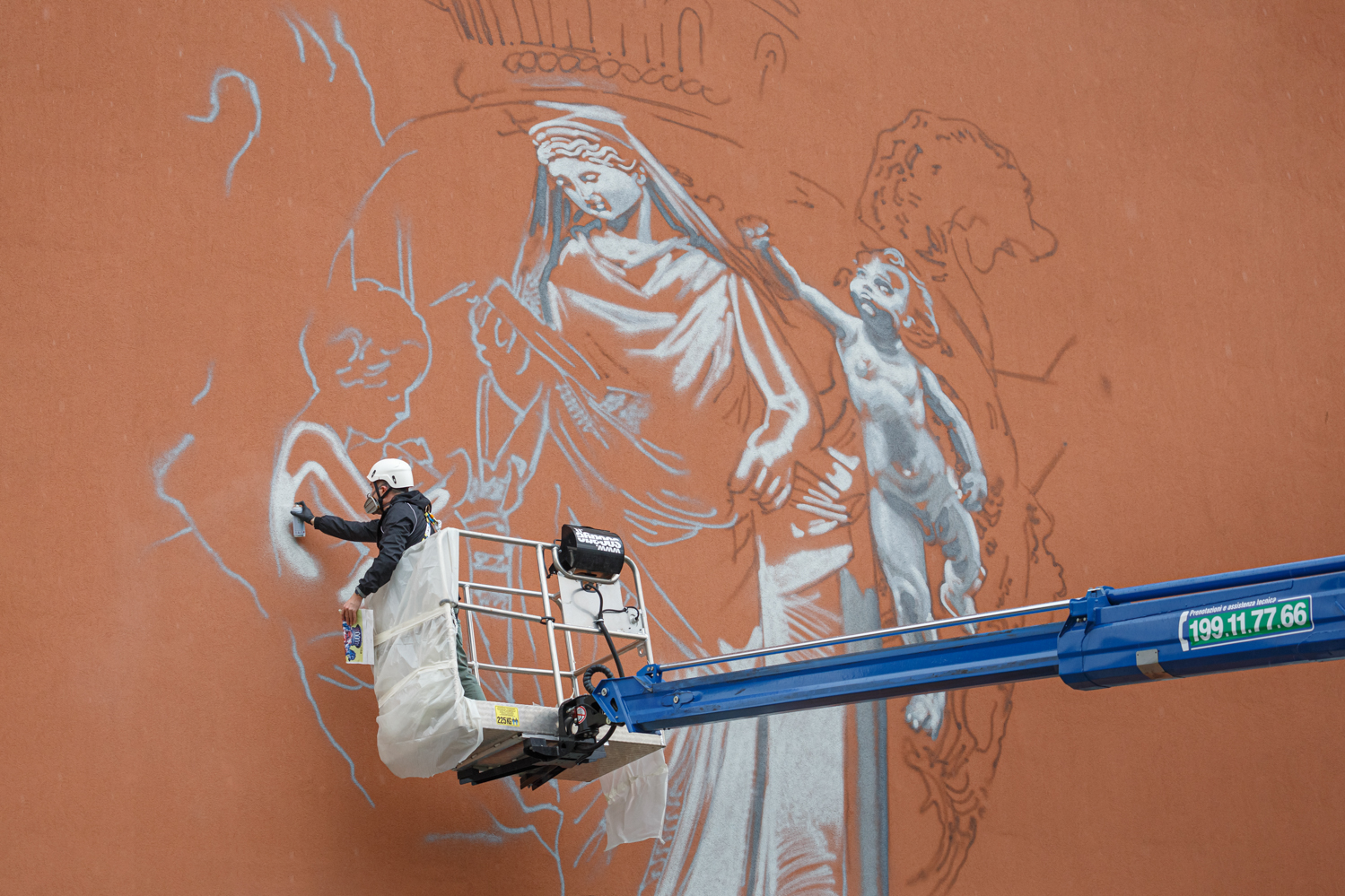 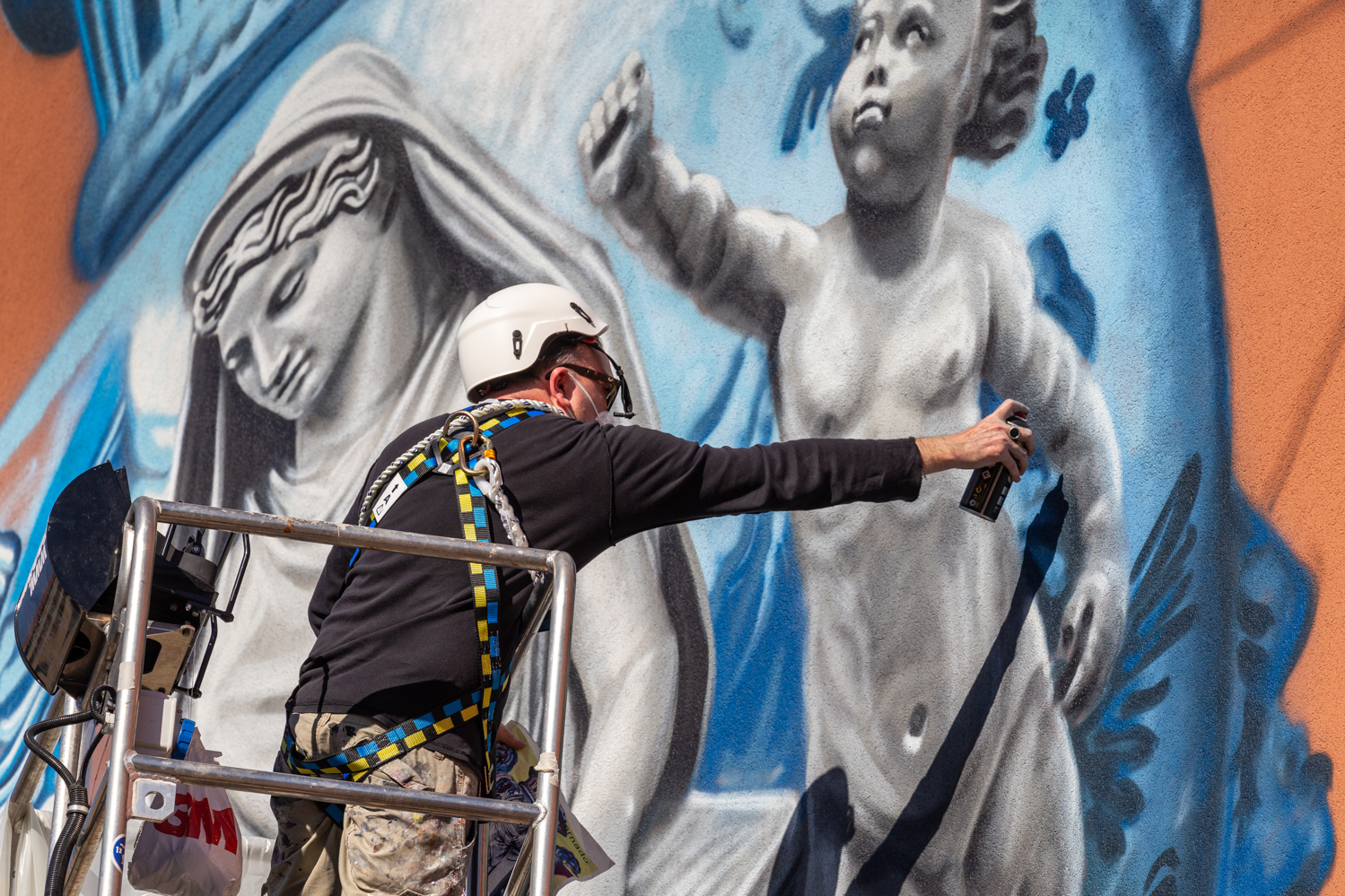 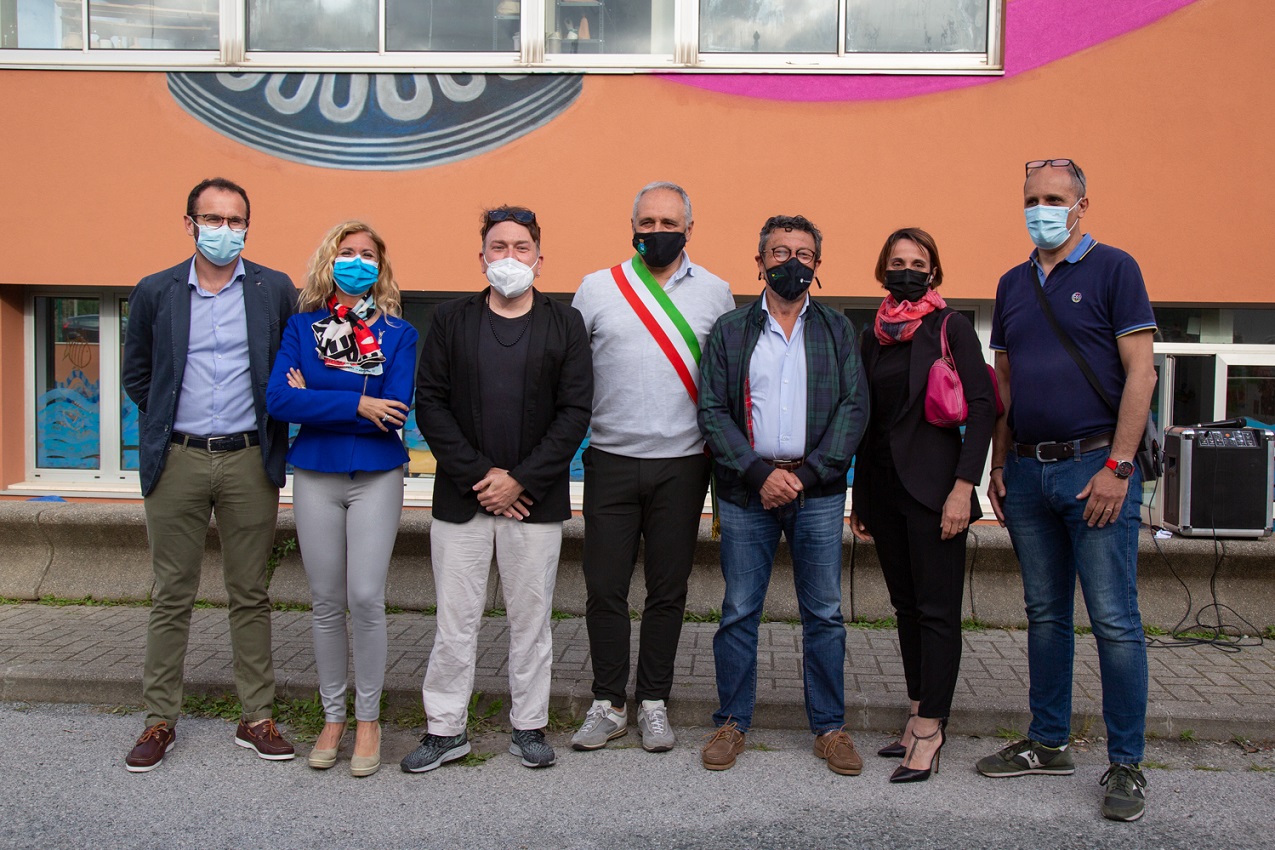 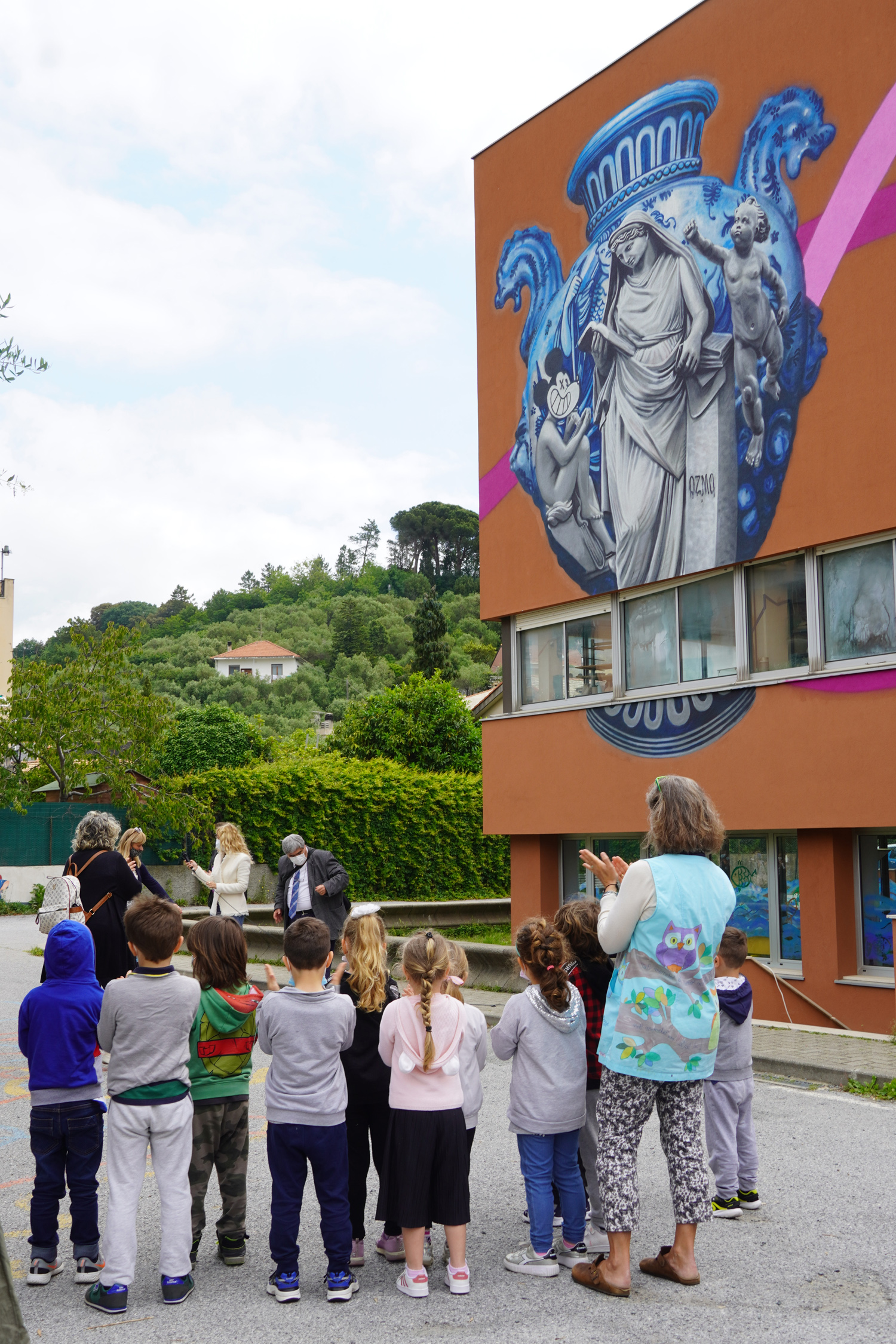 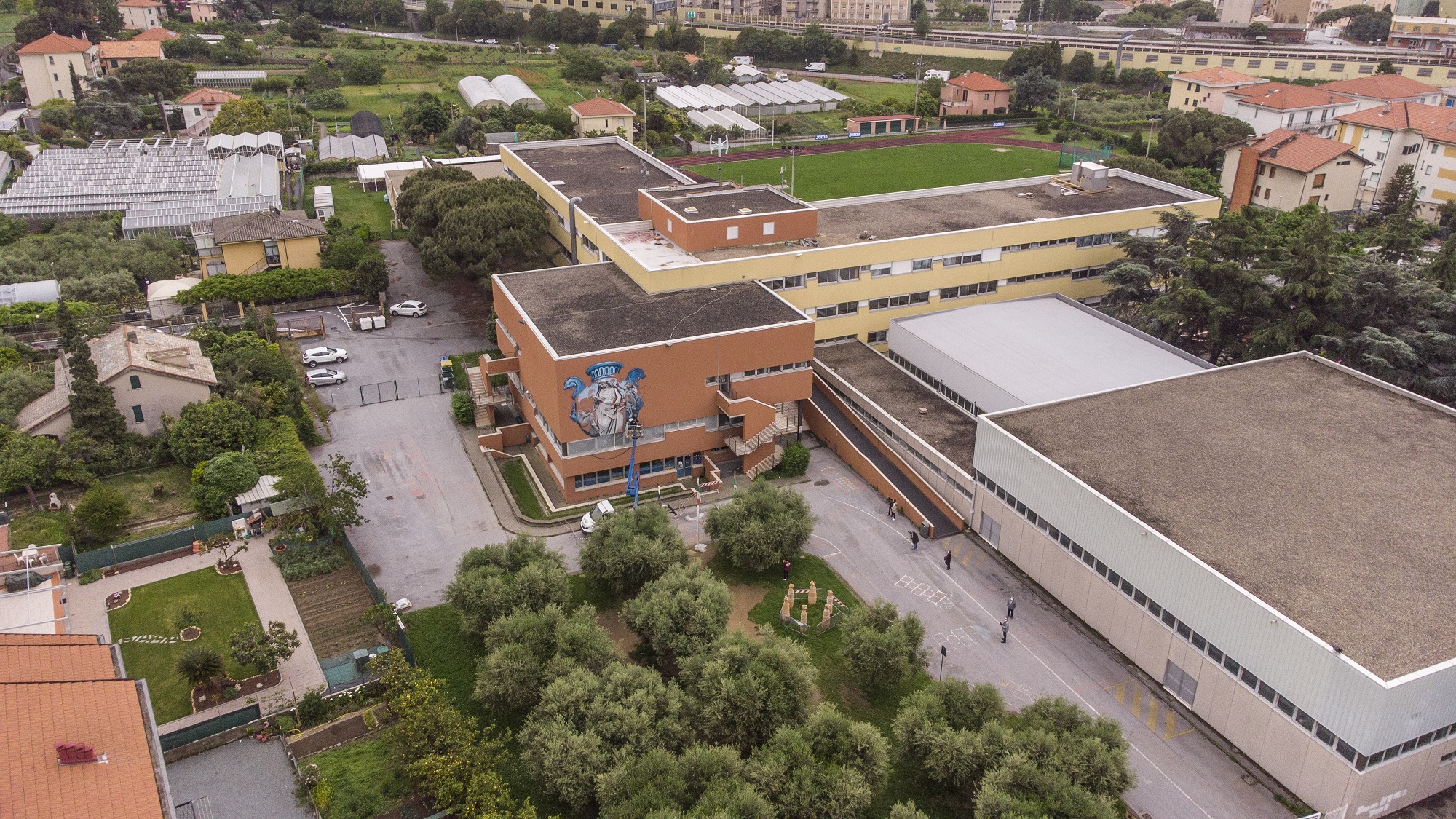 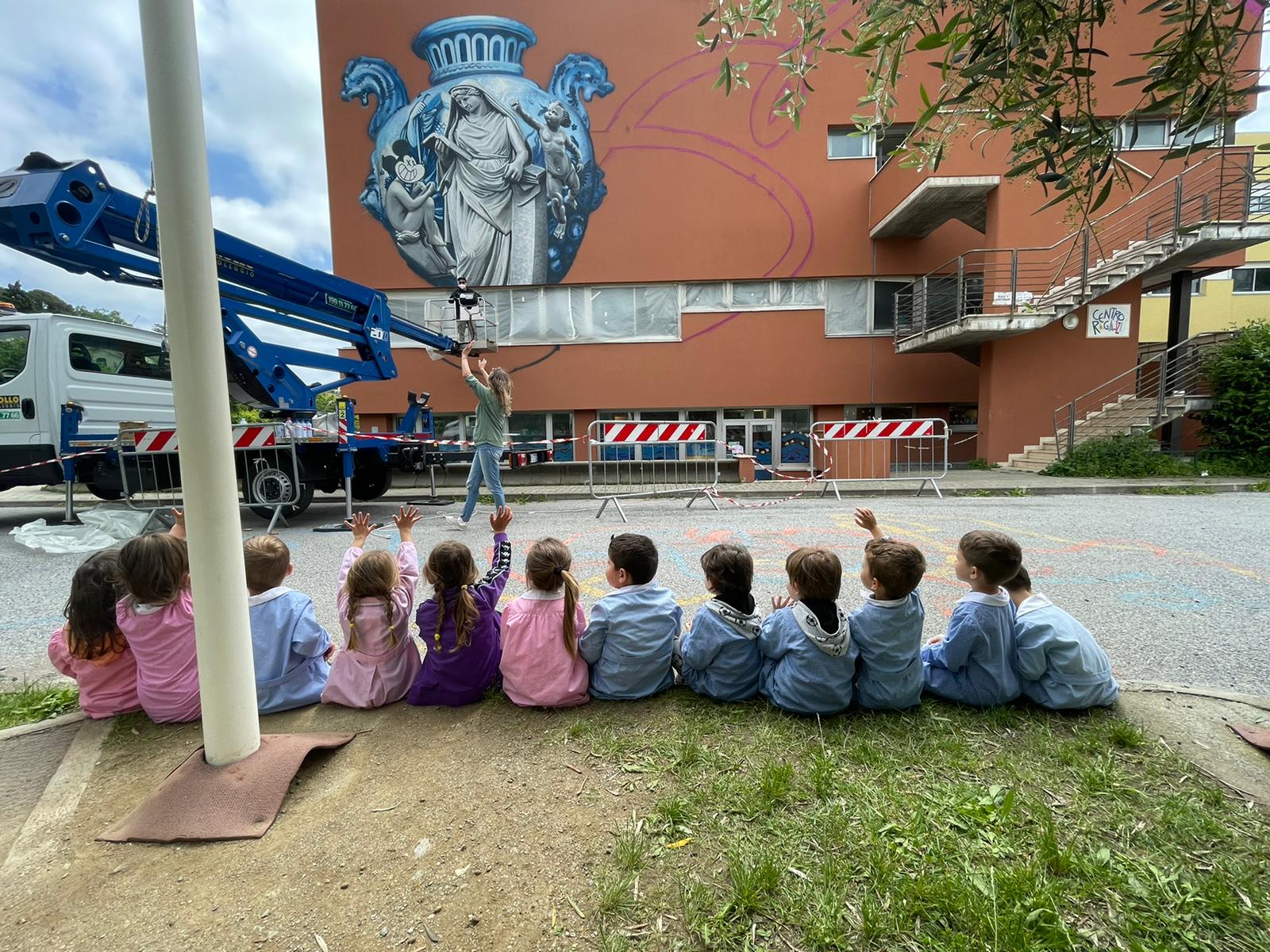 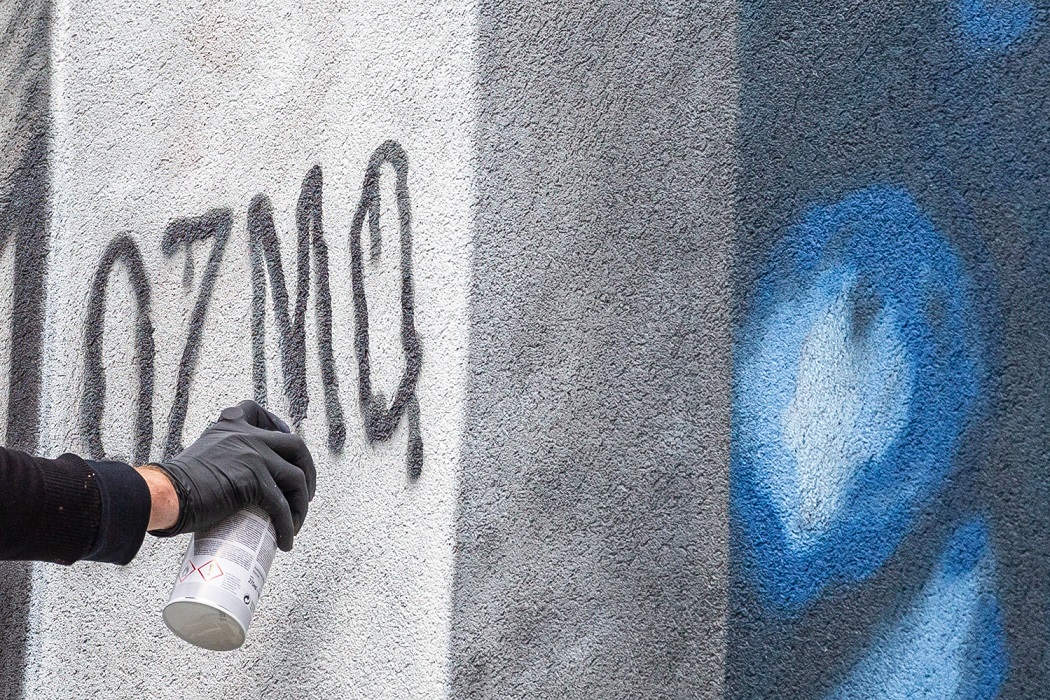 New Art Space is a Major Draw for Paisley“UMI” by Daniel Popper in Chicago, Illinois – StreetArtNews