When it comes to monochromatic digital cameras, seeing the world in black and white isn’t a fault—it’s an asset. To take black-and-white or monochrome shots on most conventional digital cameras, you’re forced to pick between two imperfect options: You can turn on monochrome shooting mode, which often just re-filters the color in black and white, or you can color-correct your pictures in postproduction. However, because of the way most camera sensors encode light—and in turn color—both processes tend to rob the image of crispness and depth. True monochrome shooting offers a solution: Light is directly recorded on the sensor rather than filtered by a Bayer mosaic, the traditional digital color encoding technology. Monochrome-only cameras lack Bayer filters altogether, and some multipurpose mirrorless cameras have “true” black-and-white modes that sidestep color encoding. Both options are capable of capturing hyper-detailed images, all in shades of gray. Here are the five best monochrome shooters on the market.

Commit fully to the retro bit with this high-end offering by Fujifilm, consistently the most photogenic (har, har) camera brand on the market. This model is available in black, silver, and “Dura Black,” but the real highlights are the blacks and silvers it can render through its top-of-the-line X-trans CMOS 4 sensor (APS-C). In fact, the X-Pro3 is the first in Fujifilm’s Pro line to offer a dedicated monochromatic color mode. That doesn’t just mean black and white: You can choose a focal color from an on-screen spectrum and snap away. With its advanced sensor and low-light capabilities, the raw image processing of this camera has to be seen to be believed. 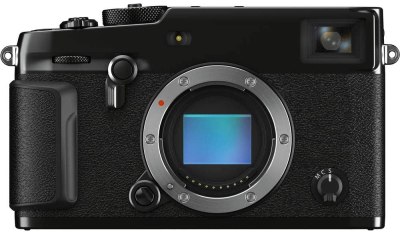 At its launch in 2015, the Sony 7R II was a towering presence at the intersection of hobbyist and professional-quality mirrorless cameras, and the Sony 7R III features small but appreciable improvements, including faster autofocus and longer battery life. Not everyone may know that 7R series cameras are amazing not only for color but for black-and-white shots as well. You can shoot in one of two monochrome modes: rich tone and high contrast. Rich tone essentially operates like an HDR shot, combining three successive black and white images to create a smoother, softer, lower-contrast hybrid image. For images that are crisper and less textured, high-contrast mode is your best bet.

The a6000 takes some of the muscle of the Sony a7R II and squeezes it into a more affordable (albeit slightly older) package. Released in 2014, this camera also offers high-contrast and rich-tone monochrome modes, plus all manner of other color-adjusted shooting options: posterization (in both B&W and color), pop color, retro effects, partial color (R/G/B/Y), HDR painting, and more. And boy, does it punch above its weight—or rather, its price tag. Its Exmore CMOS sensor and BIONZ X image processing technology still stack up against newer cameras. This is your one-stop camera for achieving all kinds of unconventional effects without sacrificing image quality, and it’s compatible with any E-mount series lens. 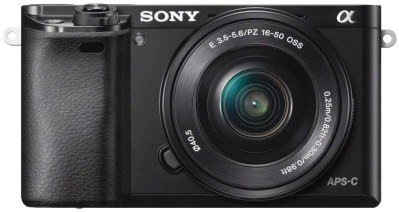 It’s in the name: This is the truest monochrome camera on our list. The Leica Q2 completely lacks color filters, meaning black-and-white images are captured directly on its 47.3 full-frame monochrome sensor. Unlike the mirrorless cameras on our list, this is a point-and-shoot digital camera with a fixed lens (Summilux 28 mm f/1.7 ASPH). But it’s going to blow any other point-and-shoot you’ve owned out of the water. Its extremely fast-acting autofocus homes in on subjects in 0.15 second, it can shoot in 4K video, and it boasts an amazingly broad ISO range of 100 to 100,000. You can preview your shots on a 3-inch touchscreen LCD display, then share them via Wi-Fi or Bluetooth. Plus, it’s resilient, with a compact, weather-sealed body. 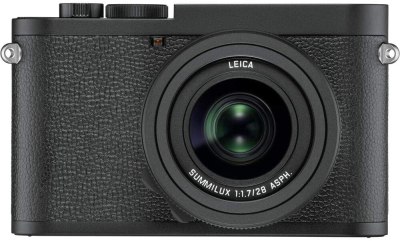 The DP3 Quattro may be one of the most difficult to pin down cameras on the market. It’s nominally a point-and-shoot, with a fixed 50mm F2.8 lens (equivalent to a 75mm lens on a 35mm SLR camera). But, like the Q2, it’s not your mom’s digital camera. Its finesse in monochrome shots comes from its unique Foveon X3 Direct Image Sensor: Rather than process color through a pixel-based Bayer filter, it captures light through a three-layered sensor, one for each base color (red, green, blue). This gives colors a depth and richness equivalent to 39 megapixels in conventional color filter array sensors, and it lends extra oomph to monochromatic shots. It’s not going to be the best pick for low-light (high ISO) or action shots, but for portraits, landscape, and detail work, it really shines. And if you like to stand out from the crowd, you’ll also like its unconventionally thin and wide body design. 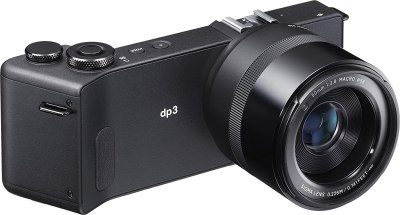