BodyWork is a brand new collection from the UK-based artist INSA – the show opened recently at Oakland Gallery in the town’s Victoria Quarter and runs until Sunday September 5. 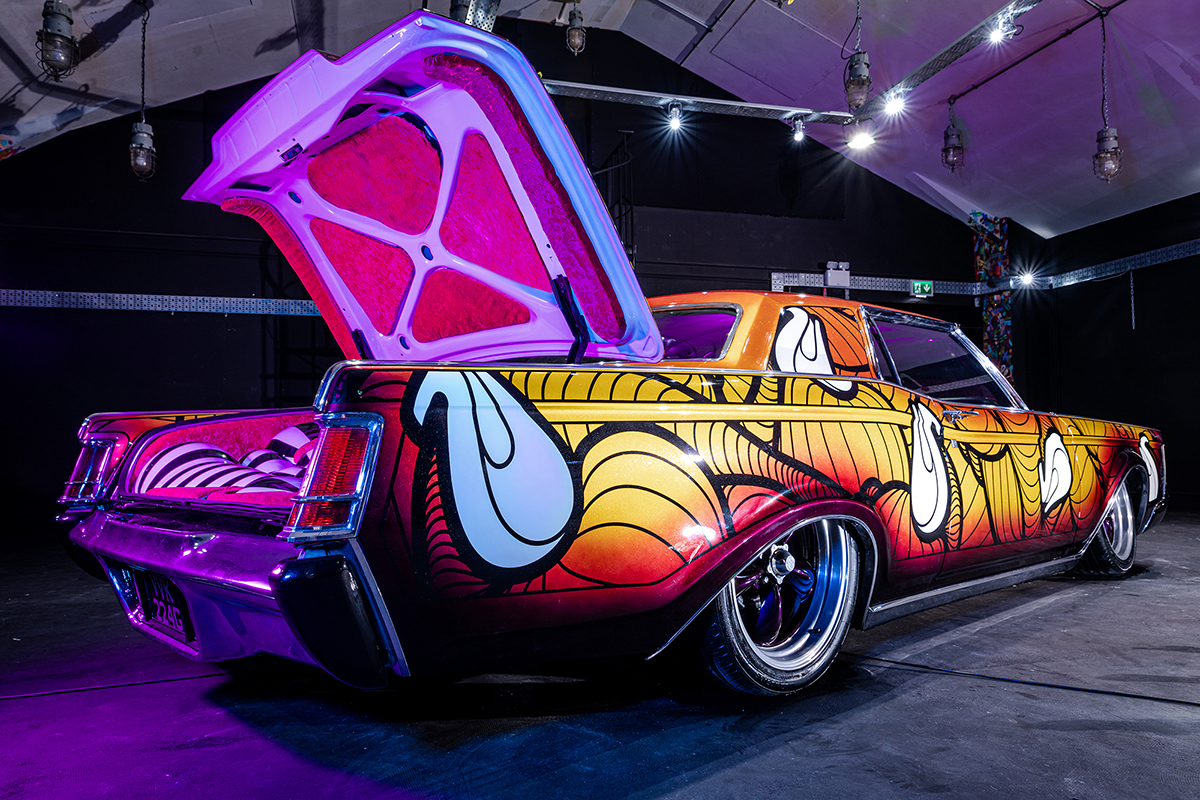 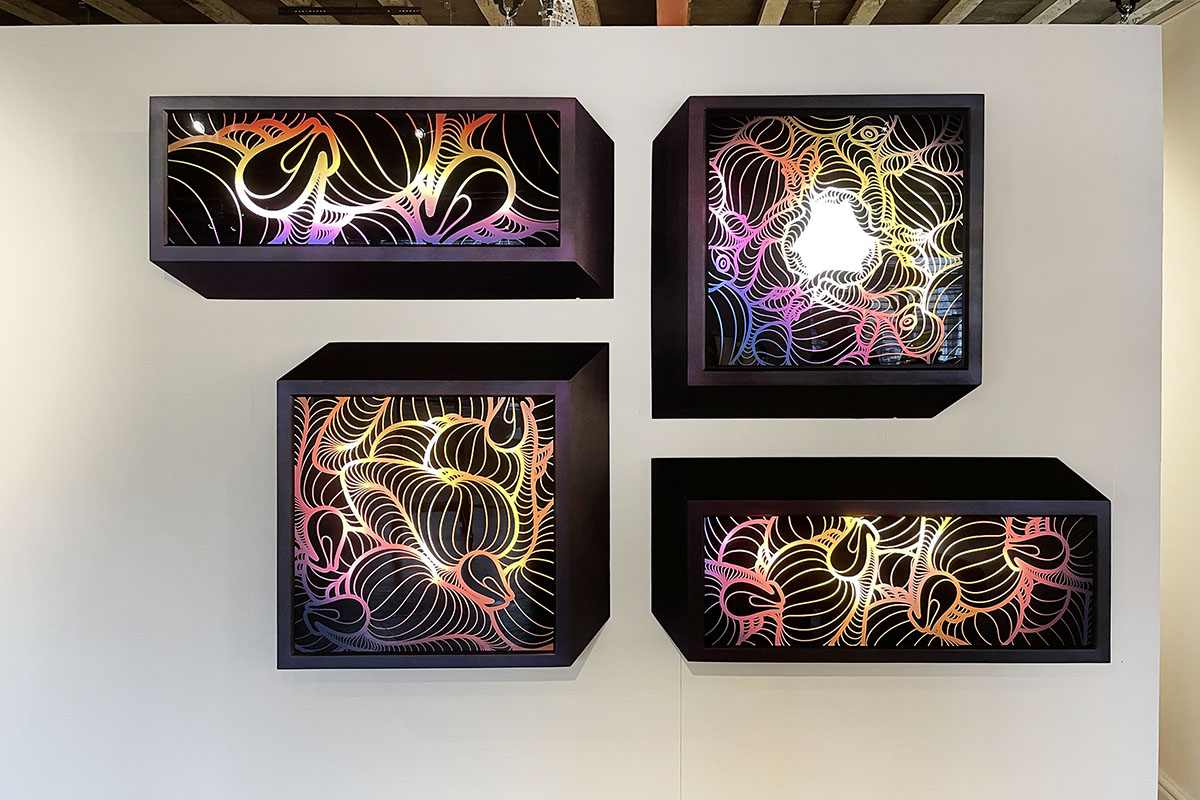 At the centre of the show is a very rare 1968 Lincoln Continental MK3, Cartier Edition, which has been customised by the artist and automotive specialists Motobüro, who oversaw the restoration of the vintage car, which has taken more than six months to complete. Roughly 18 layers of candy paint, metal flake, pearlescent white, lacquer and countless hours sanding for the flawless paint job and then INSA together with sculptor Kristian Movahed created the boot piece transforming this car into a rolling art display. 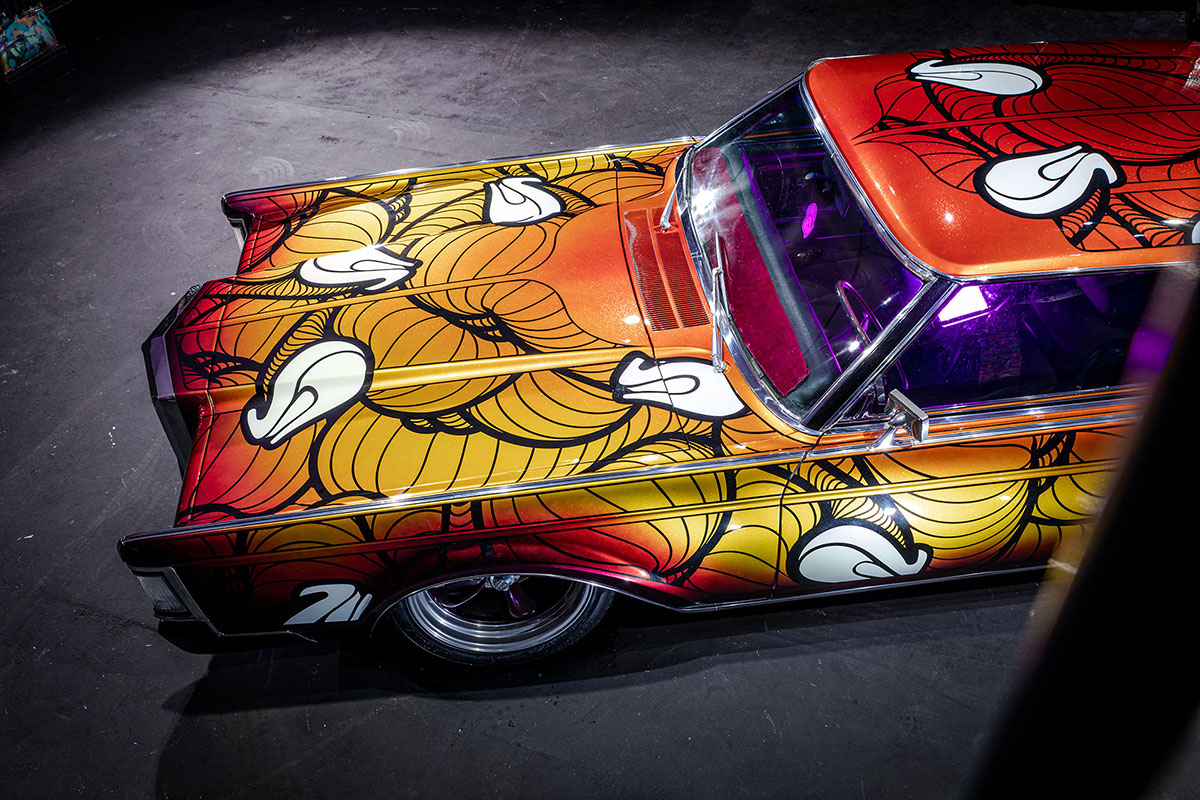 In addition to the Lincoln Continental, BodyWork also includes a Harris Magnum motorbike, treated with as much care and attention to detail as the car, hand-crafted wooden sculptures and light-boxes all featuring INSA’s trademark ‘graffiti fetish’ artwork. 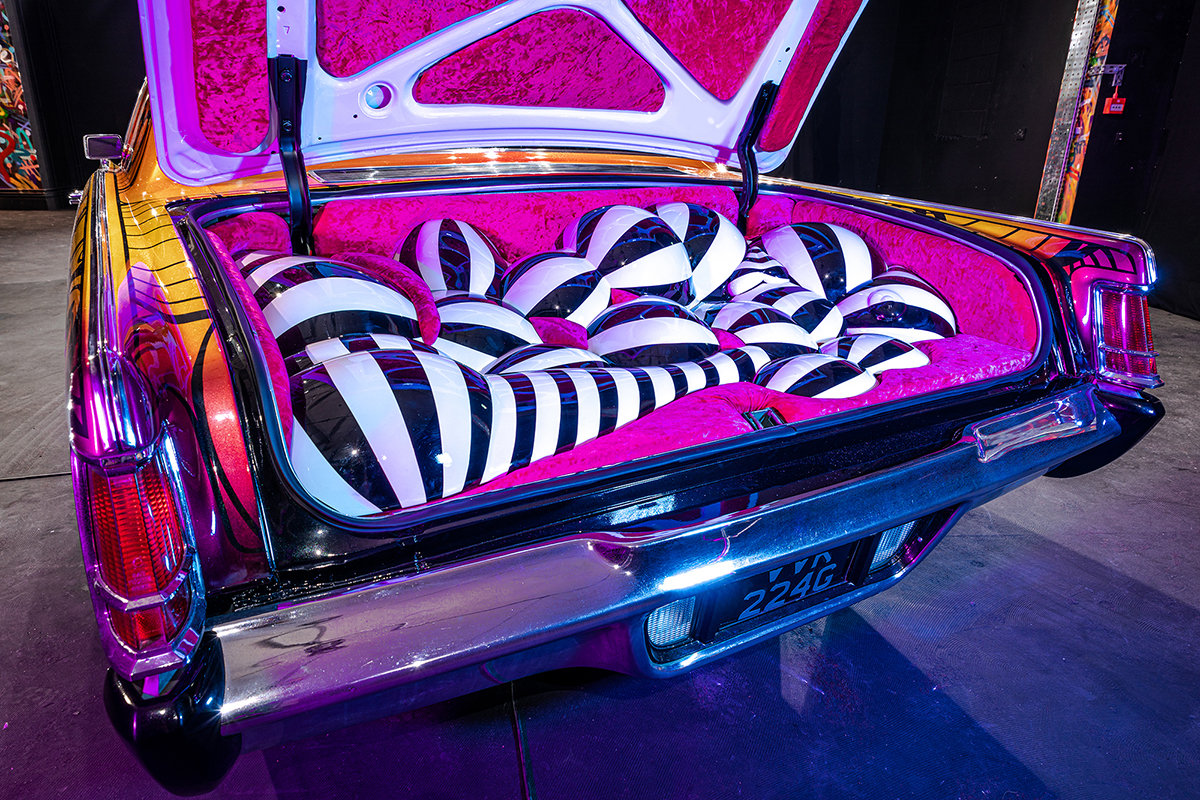 Explaining the work in the show, INSA said: “Maybe it’s lockdown or maybe it’s the fact I’ve mainly been working in the digital/public space for the last few years that for this exhibition I really wanted to make some physically tangible pieces. I wanted to enjoy the craft and hard work of making real things. To bring together my past commentary on identity, commodification and object fetishism with an appreciation of the material within it. Extracting the material from materialism. As simple as enjoying the wood of the surfboard or the metal of the car – the bodywork of physical labour.” 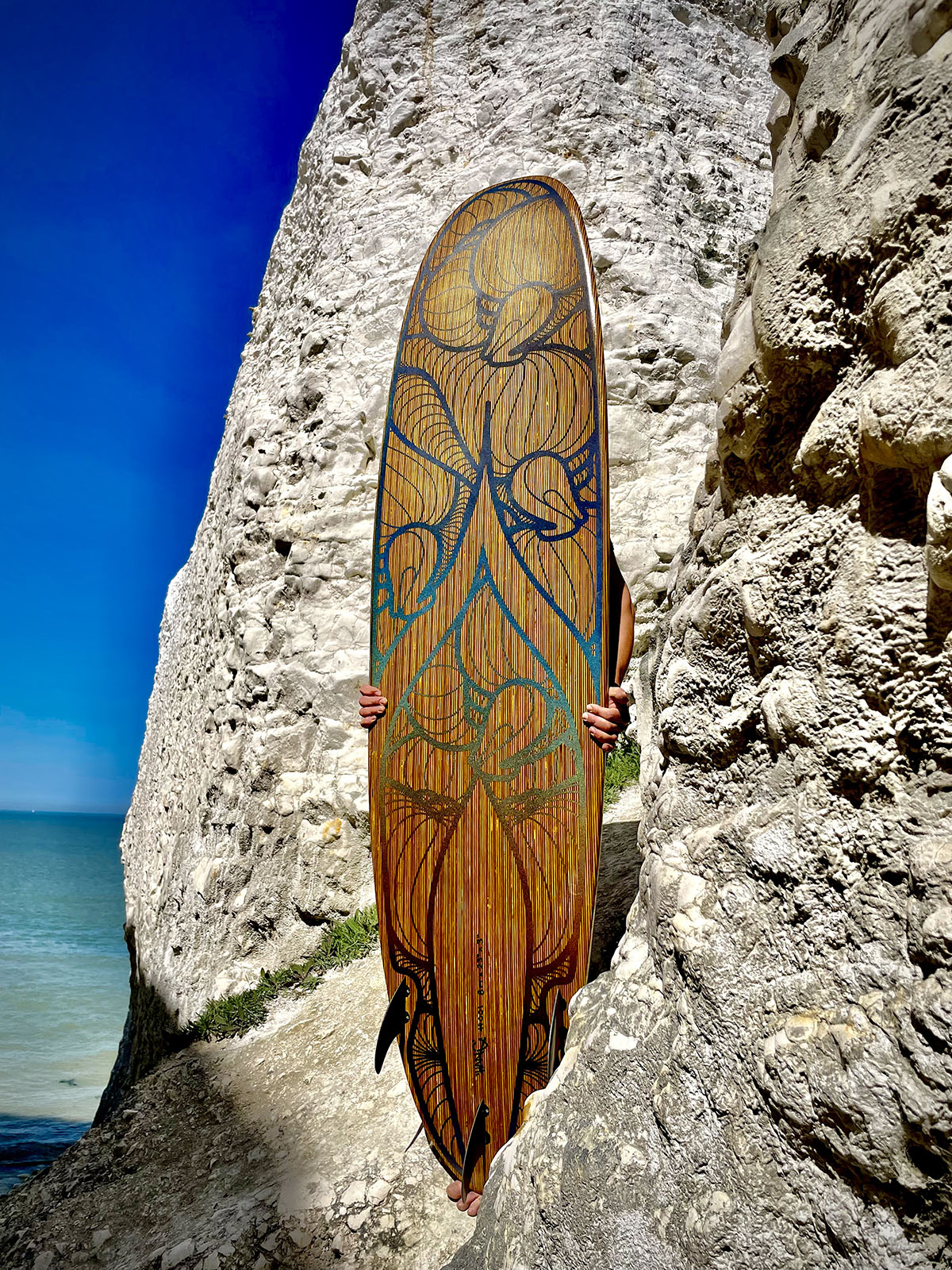 Robert Jones, creative director of New Brighton Street Art added: “We are delighted to have been able to work with INSA on this important and significant show, which brings together some truly innovative and ground-breaking content. It not only cements our collaboration and relationship with one of the leading exponents of contemporary art, but also acknowledges New Brighton’s status as a credible and creative destination.” 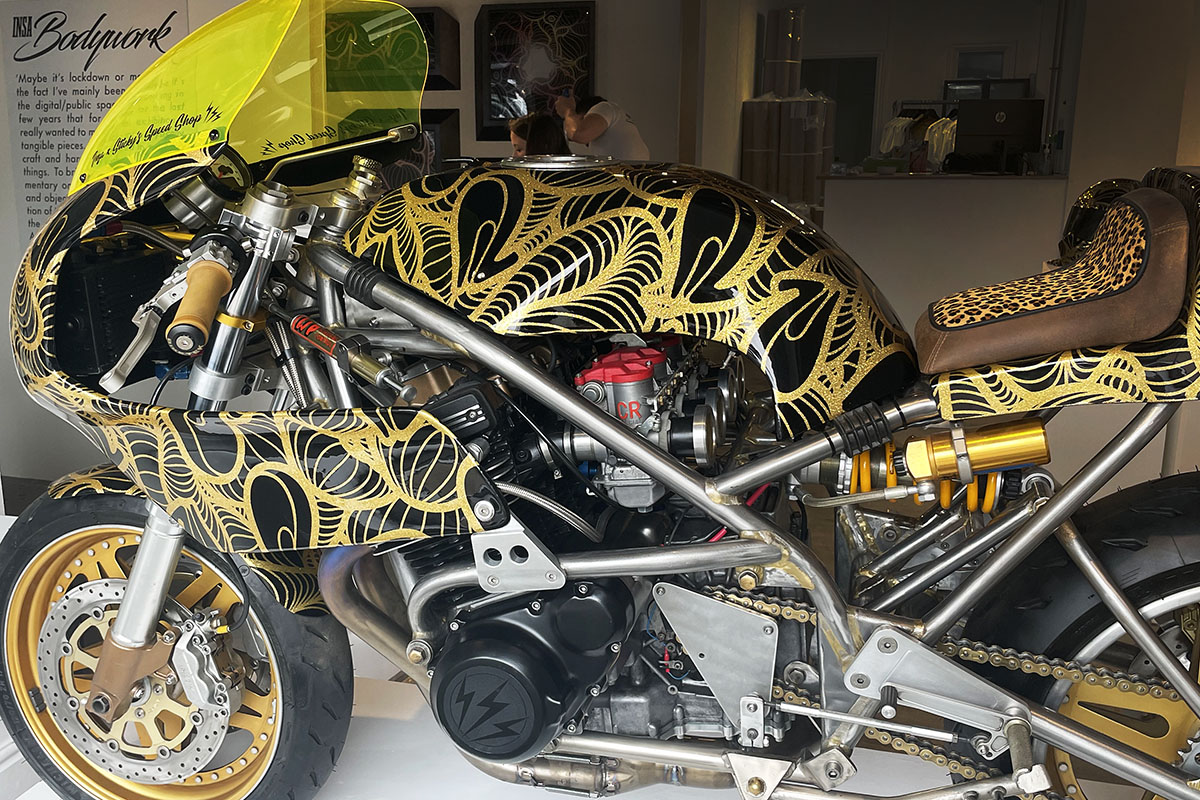 A graduate of Goldsmith’s, London, INSA established his art career more than 20 years ago as a graffiti writer. In 2004 he rejected the traditional graffiti style and began painting the instantly recognisable high heel shoe. Graffiti Fetish went on to appear on buildings around the world from LA to Lagos. It also appeared on luxury items including designer footwear, clothing and bespoke interiors. 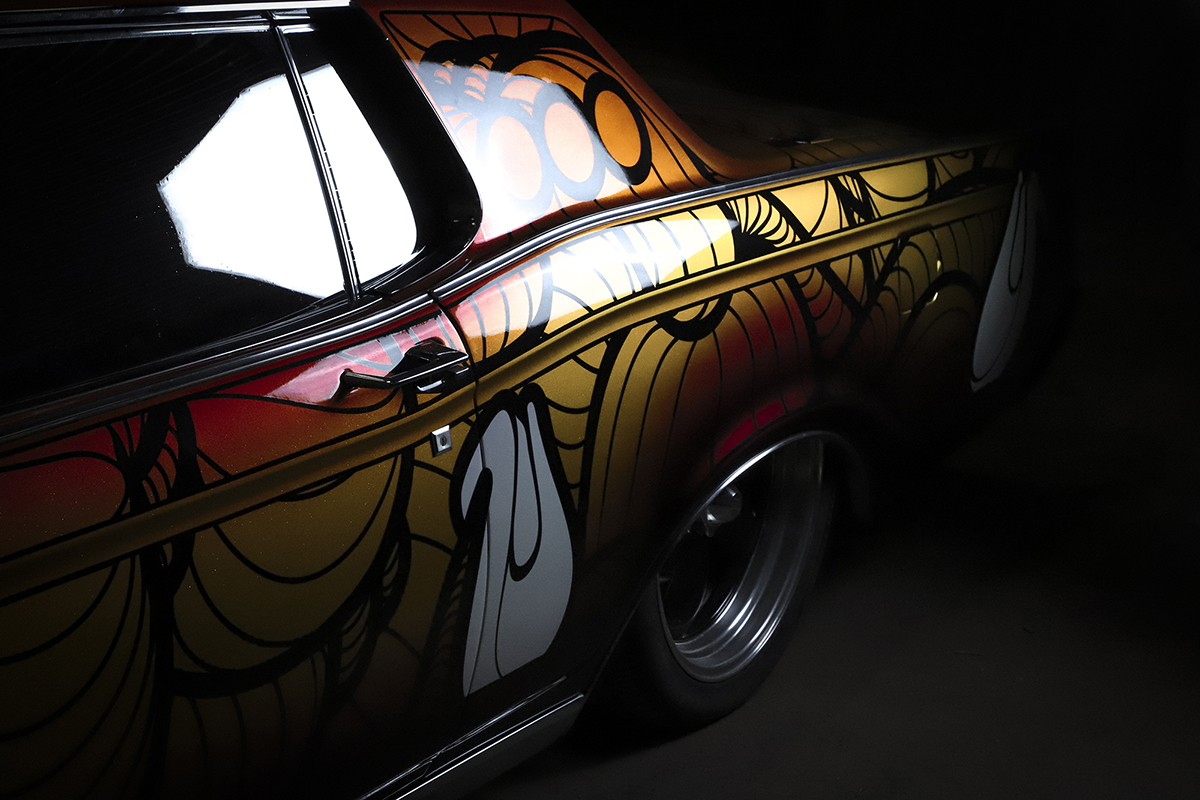 Always keen to push boundaries and innovate further, INSA has gained a huge following for his work globally, and which he has expanded through his recent experiments with social and digital media as well as product collaborations with brands including Nike. His work is held in the V&A permanent collection, and has also been presented at Tate Britain, London.