The Miles Brothers were cinematic trailblazers, who, in 1906, filmed the historic “A Trip Down Market Street.” Traveling from 8th Street to the Embarcadero, the 13-minute journey documents San Francisco’s environment from the perspective of a cable car, showing the busy strip full of horse-drawn carriages and vehicles alongside the buildings and fashions of the time.

What makes the black-and-white footage particularly notable is that it captures the city mere days before that same landscape underwent a massive transformation. A 7.9-magnitude earthquake rocked the California coast in the early morning hours of April 18, 1906, in a shock that was so intense it ignited fires around the city. The original devastation and subsequent blazes killed more than 3,000 people and destroyed 80 percent of San Franciso’s architecture and infrastructure.

A new colorized version of “A Trip Down Market Street” returns to the pre-disaster scene in an incredibly clear and bright view of the city. Restored by NASS, the reimagined footage increases the speed from 15 to 60 frames per second, upgrades the resolution, and adds a soundscape to mimic the noises that residents might have heard around the turn of the century. While adding a creative flourish to historical documentation, NASS’s update offers a glimpse of the city and its people before it was irrevocably altered.

Prelinger Archives, San Francisco has the original 35mm footage, which you can watch on Internet Archive, and visit on YouTube for more of NASS’s restorations. You also might enjoy this footage from 1902 of a “flying train” in Wuppertal, Germany. (via My Modern Met) 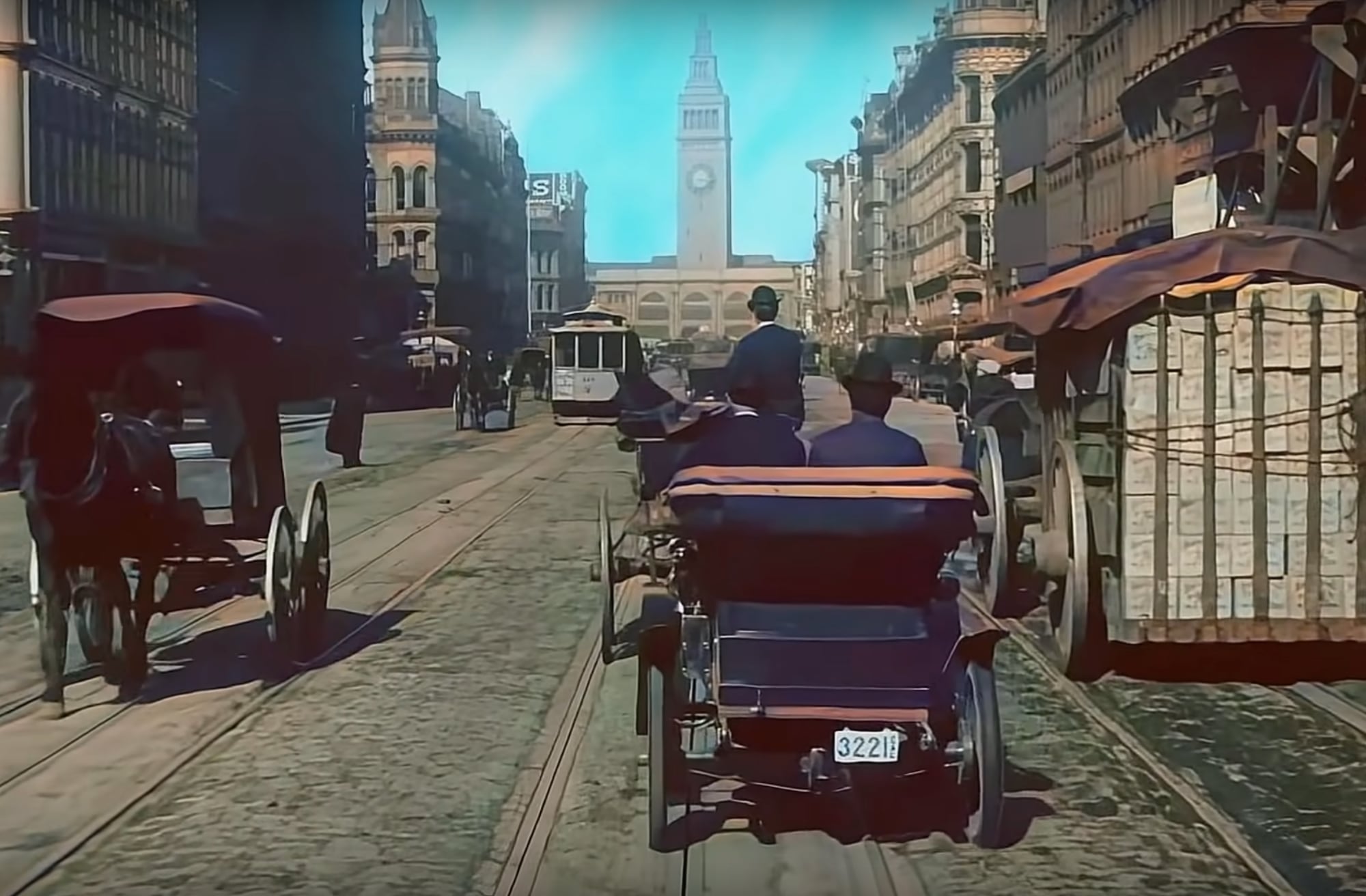