Spanish artist Taquen recently worked on a new mural in Gien, France. The mural entitled “Eau de Loire” is located on a 1, 400 meter square water tank which is one of the many that can be seen in the commune of Gien, flat lands that need high places to store the water and be able to distribute it. These towers rise to more than 35m in height. This project is curated and managed by Urban Art Agency during the Label Valette Festival in Gien, France. 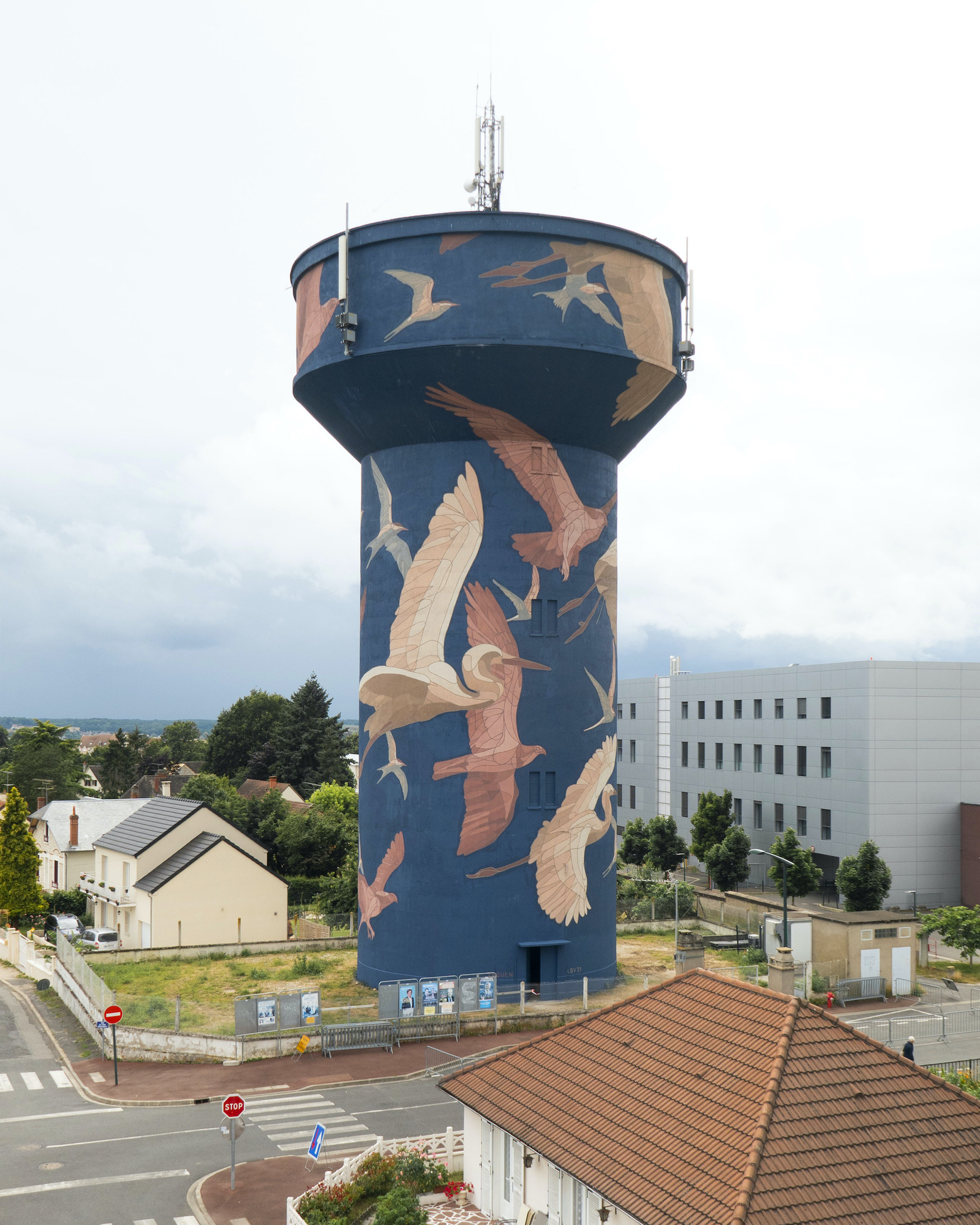 Water has always been synonymous with life. The human being developed the first civilizations along great rivers. The city of Gien is located on the banks of the Loire River, the second most important in France, where ospreys, common terns or gray herons are some of the many species that coexist, live and take advantage of its resources, such as the inhabitants of Gien.

A mural that does not end, that rotates, an infinite cycle. No beginning or end. 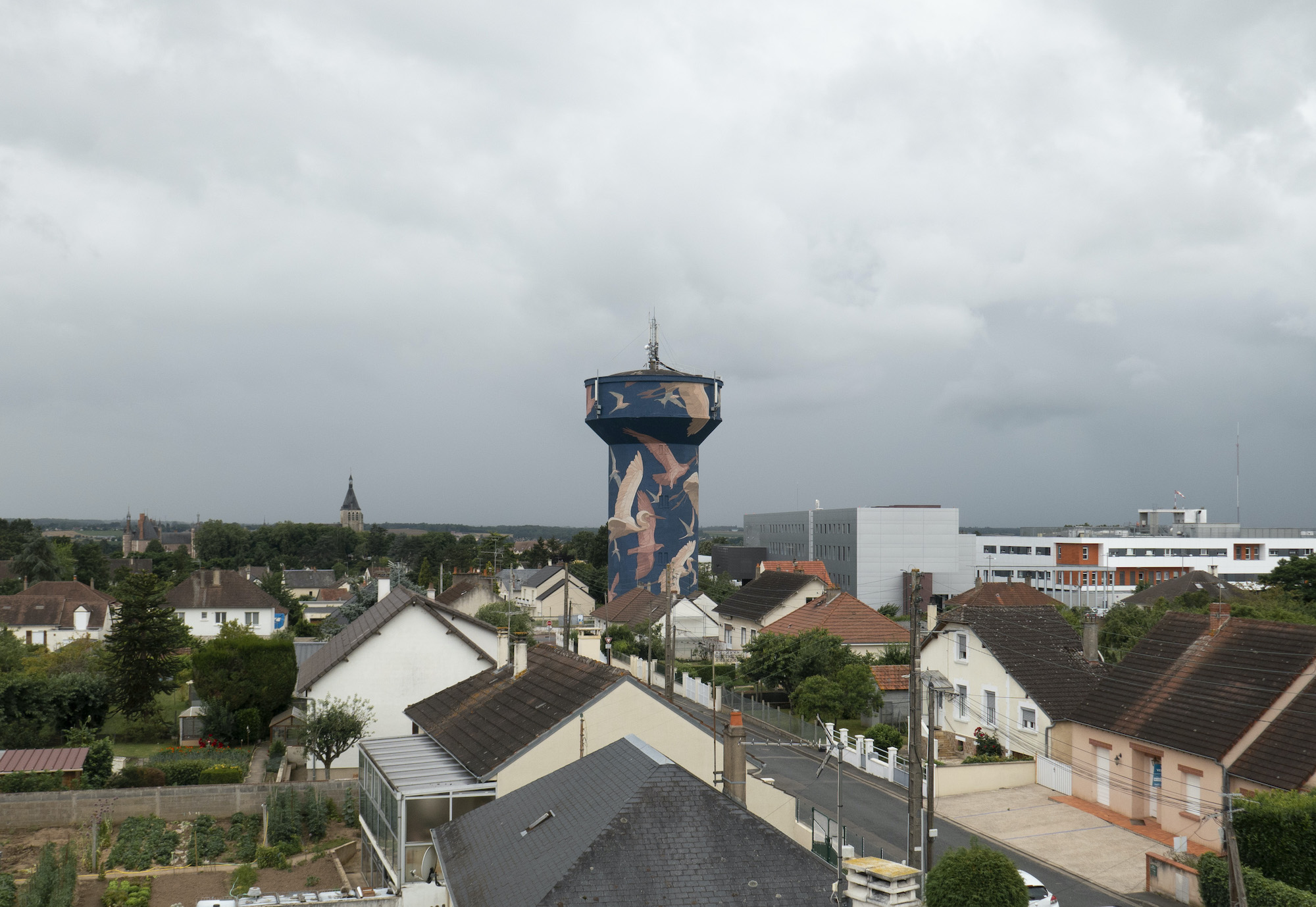 Taquen ia an artist based in Madrid, he graduated in Fine Arts from the Complutense University of Madrid. Interested in changes, movement and the relationship between human beings and the environment during this process. He perceives urban art as a tool for positive transformation and social cohesion, understanding space as something shared and that we must respect.

Check out below for more photos of the impressive “Eau de Loire”. 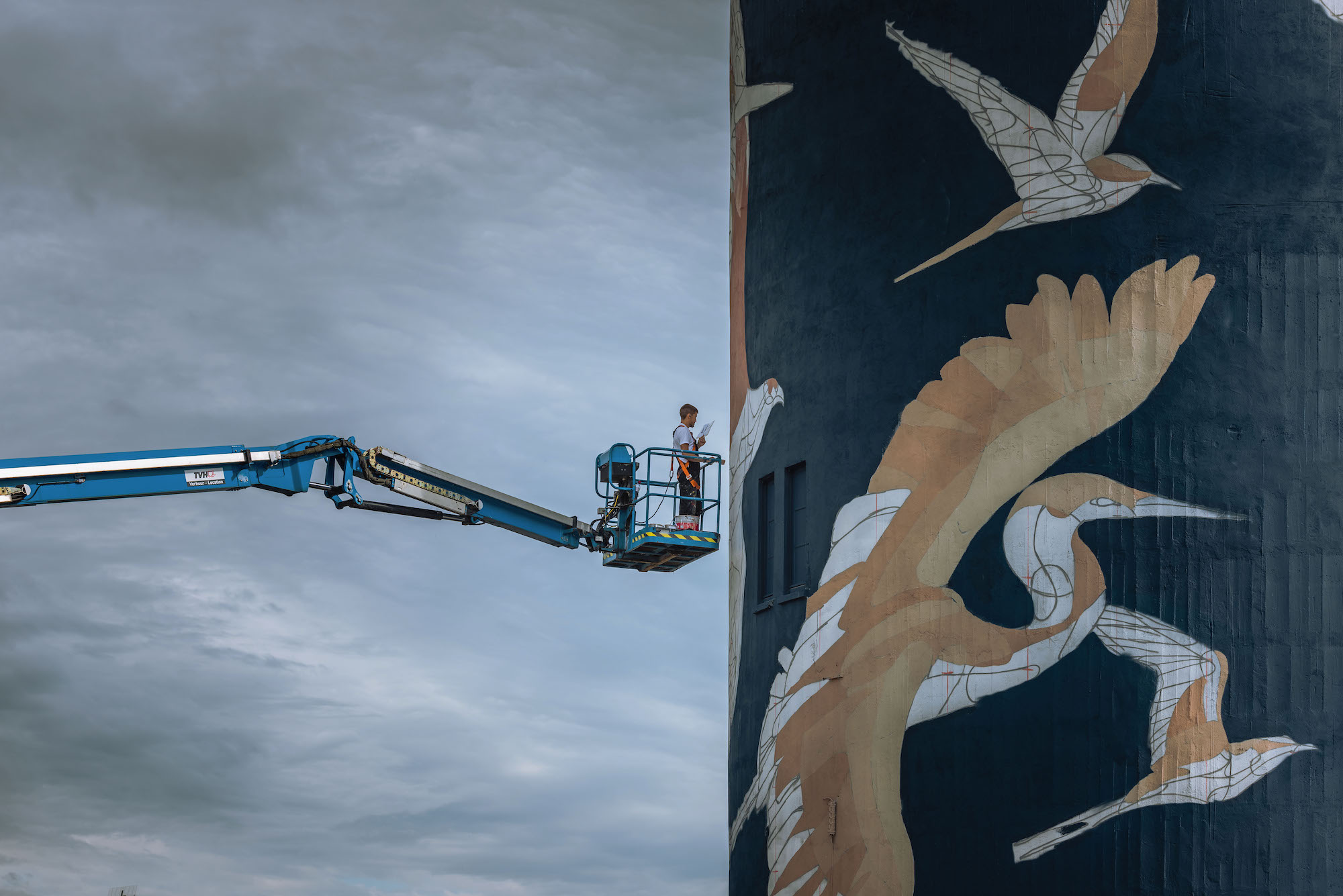 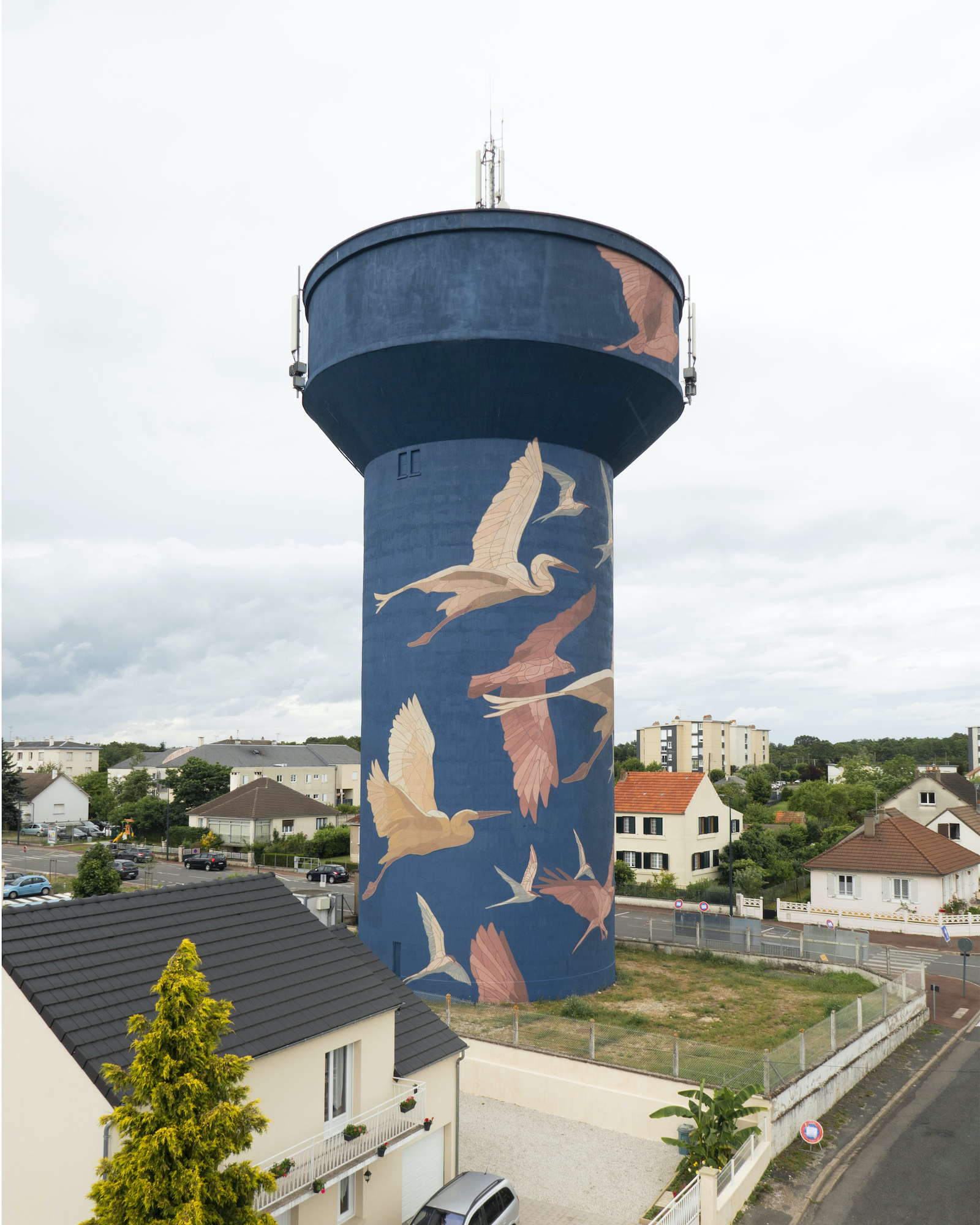 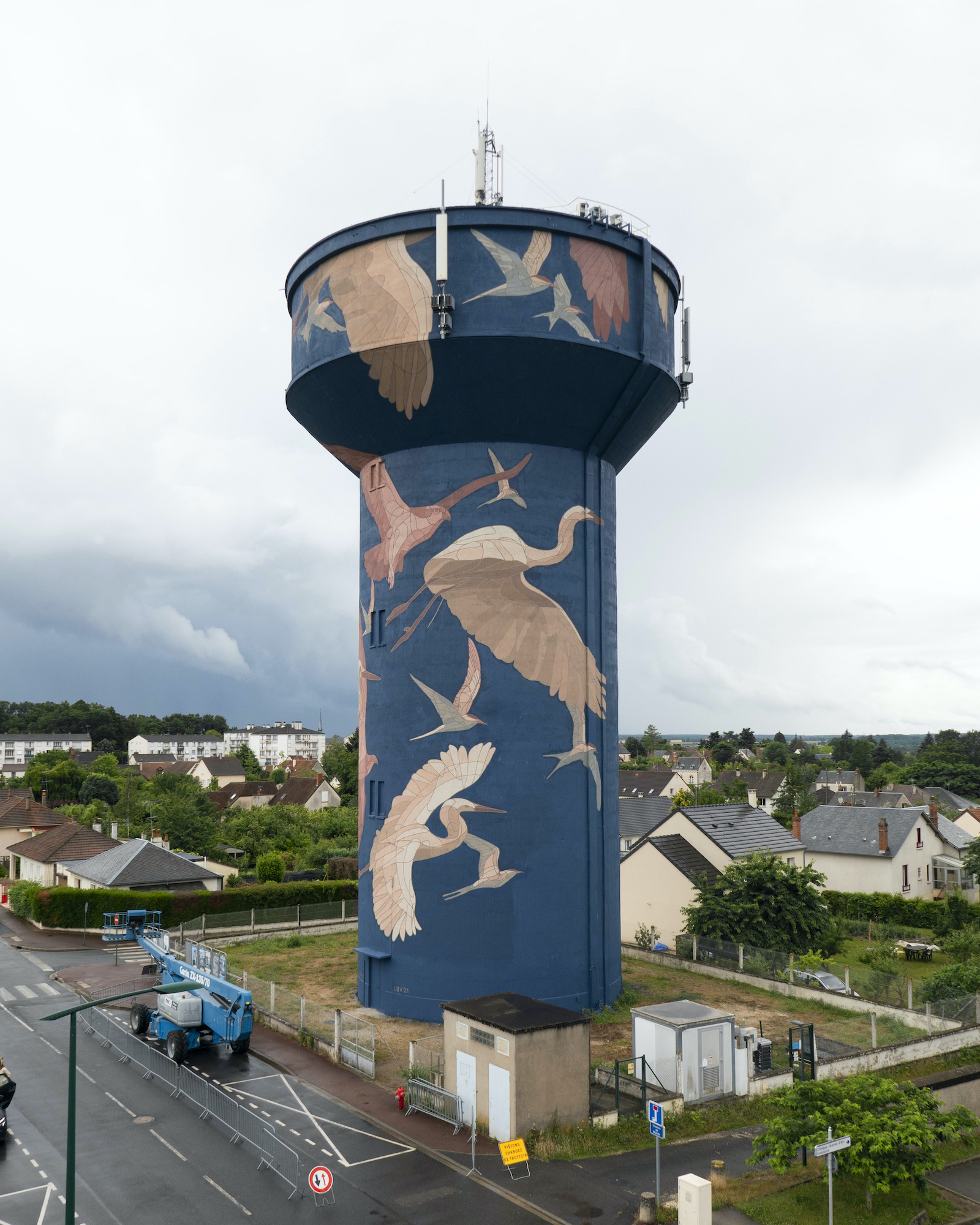