In order to provide an artistic sense of place for Port Everglades visitors, graffiti artist Peeta decided to celebrate the elements that characterize this particular area. He selected representative colors, shapes and subjects in order to create a harmonious relationship with the surrounding environment. At the same time, he wanted the composition to stand out and to produce an element of surprise, breaking the rigid architectonic structure of the park-site and illusory rebuilding it and populating it with emblematic objects. 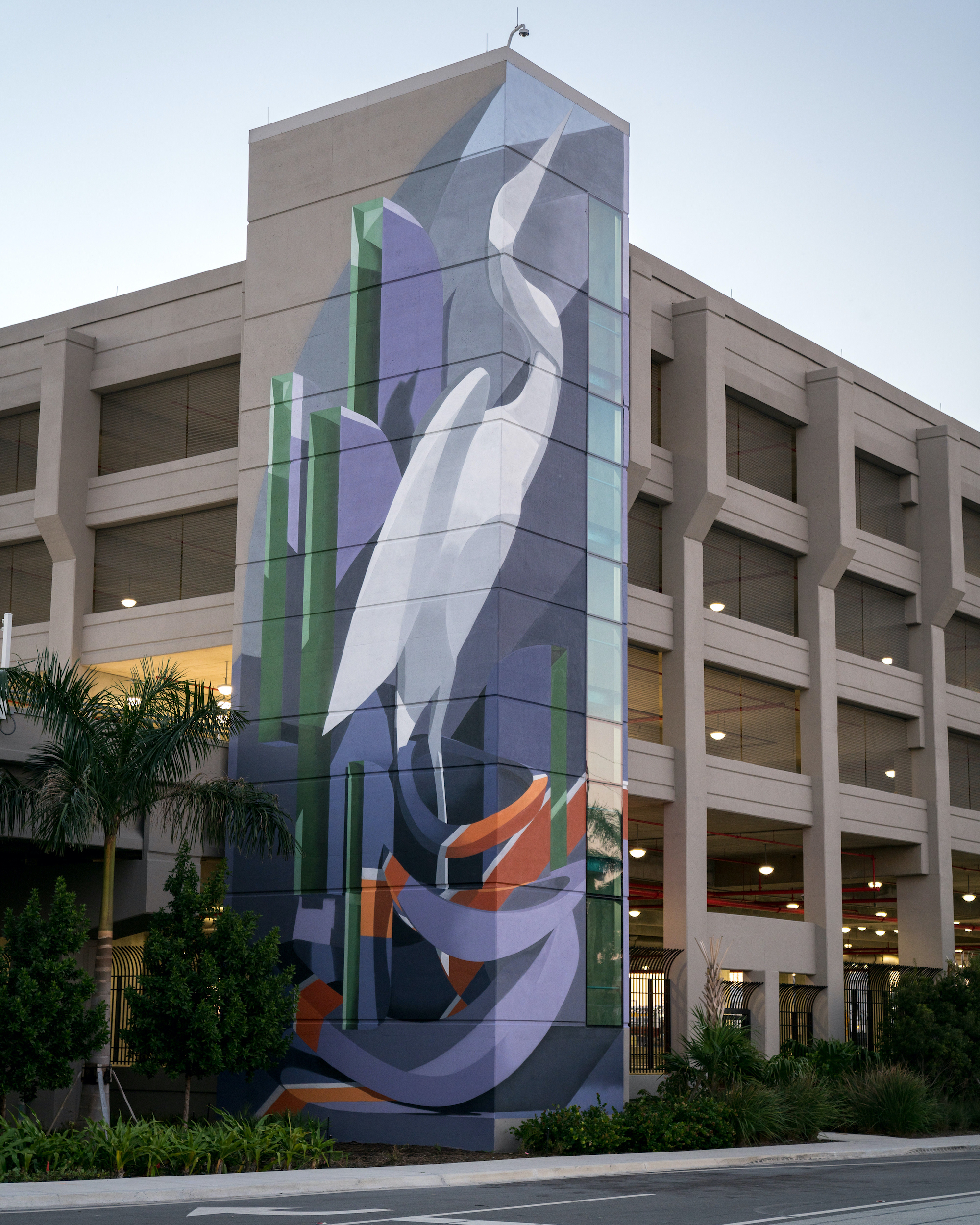 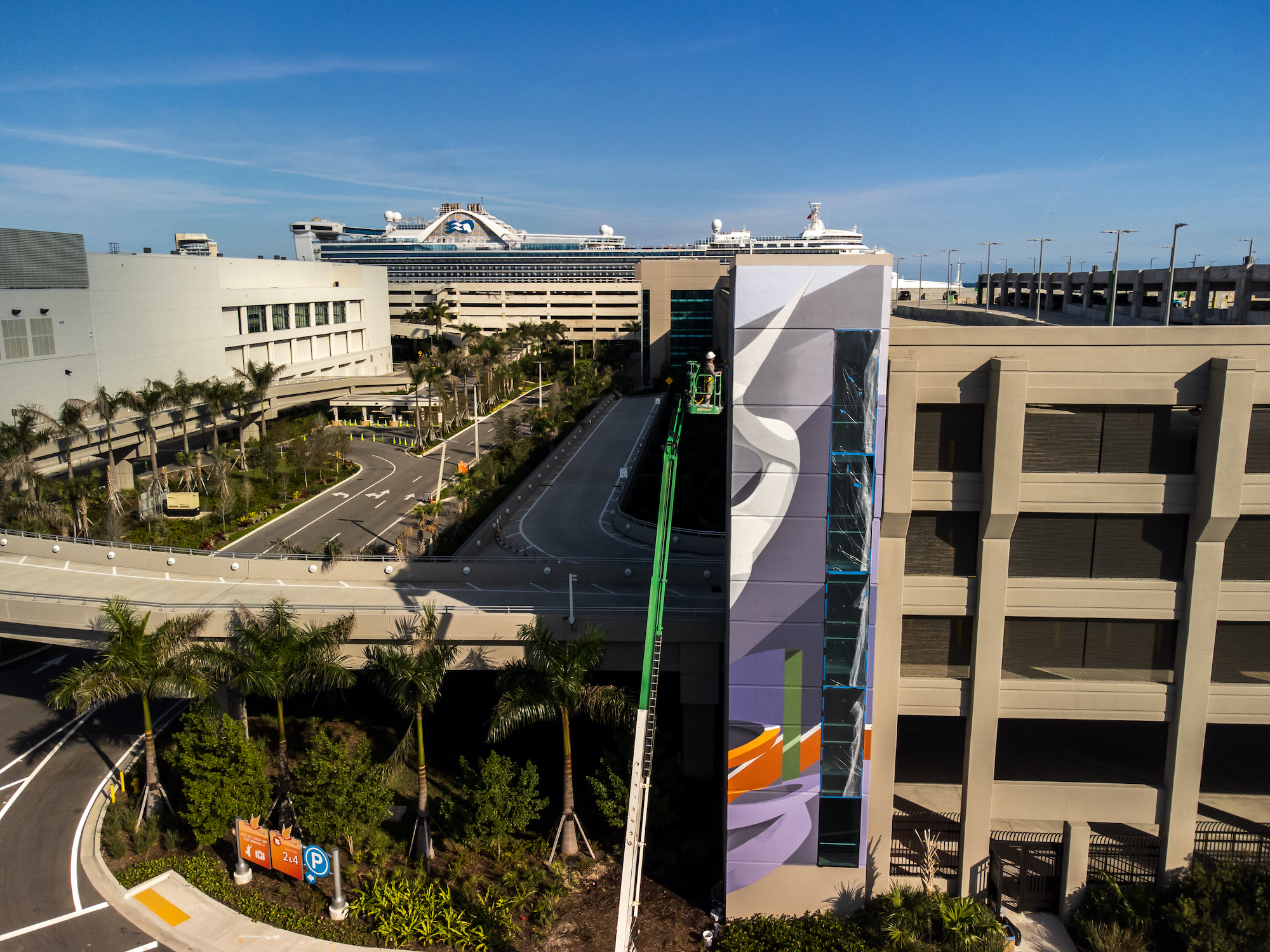 The main subject in the center is inspired by the shape of the majestic Great White Heron, unique to South Florida. The bird in the design is interpreted from a sculptural point of view and 3D effects create a plastic illusion of art installation. The white heron bird is also typically seen either roosting on one leg in mangrove trees, or feeding in tidal flats at dawn and dusk. This is how Peeta “captured” the bird. Great whites are year-round residents of Florida. They breed year-round, with November through February as the peak season – during this time the artist was painting the mural. 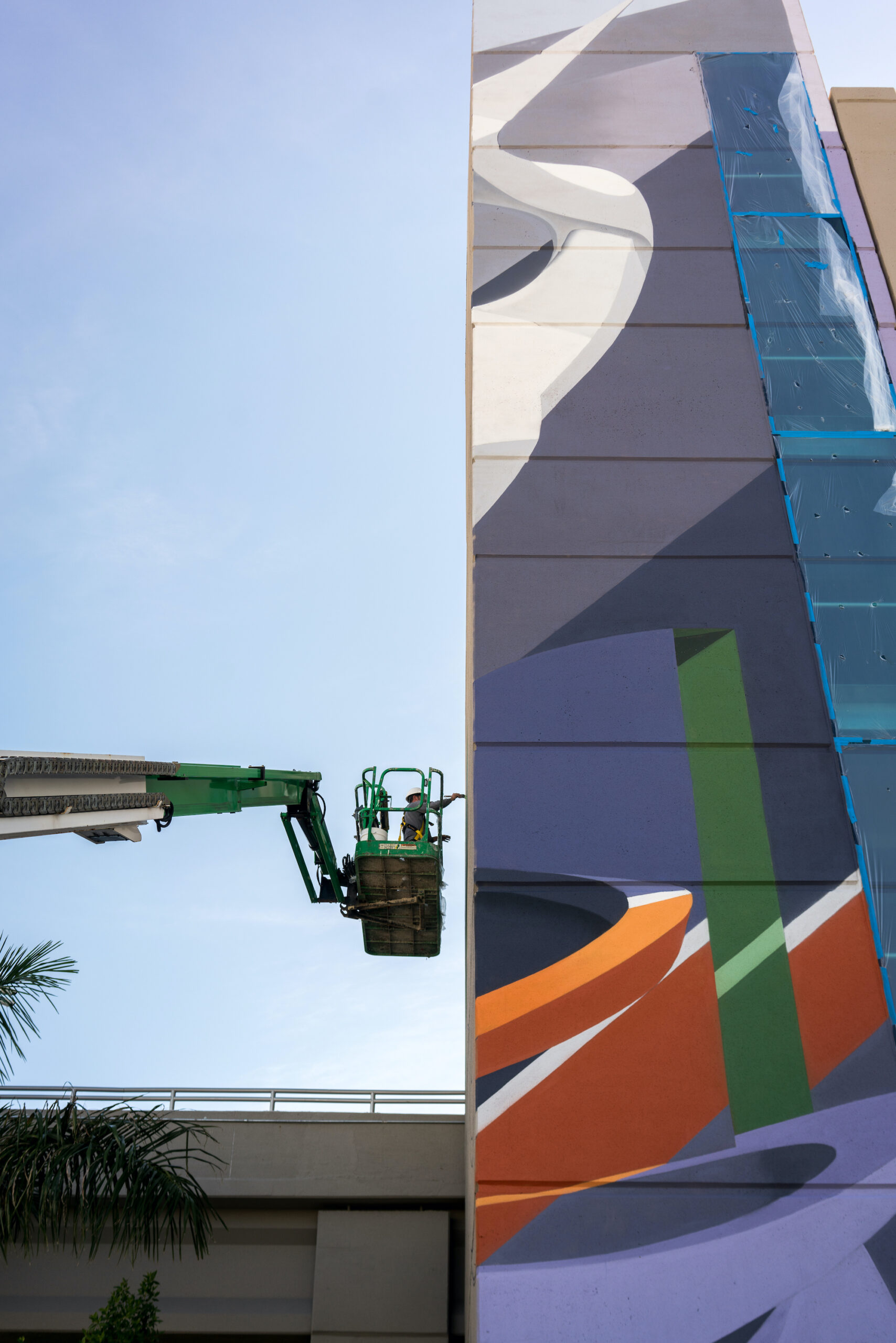 Fort Lauderdale is known for its extensive network of canals and is adjacent to the Atlantic Ocean. Water in the design has a main role and recollects flowing, rippling, mixing and other movement connecting the ground to the sky. The blue of the water at the bottom is intersected by white and orange lines, the former reproducing the trails of lather produced by waves, the second representing sun reflections on the sea. The particular shade of orange is inspired by the color of the sunset in Broward County which is also the one of Port Everglade logos. 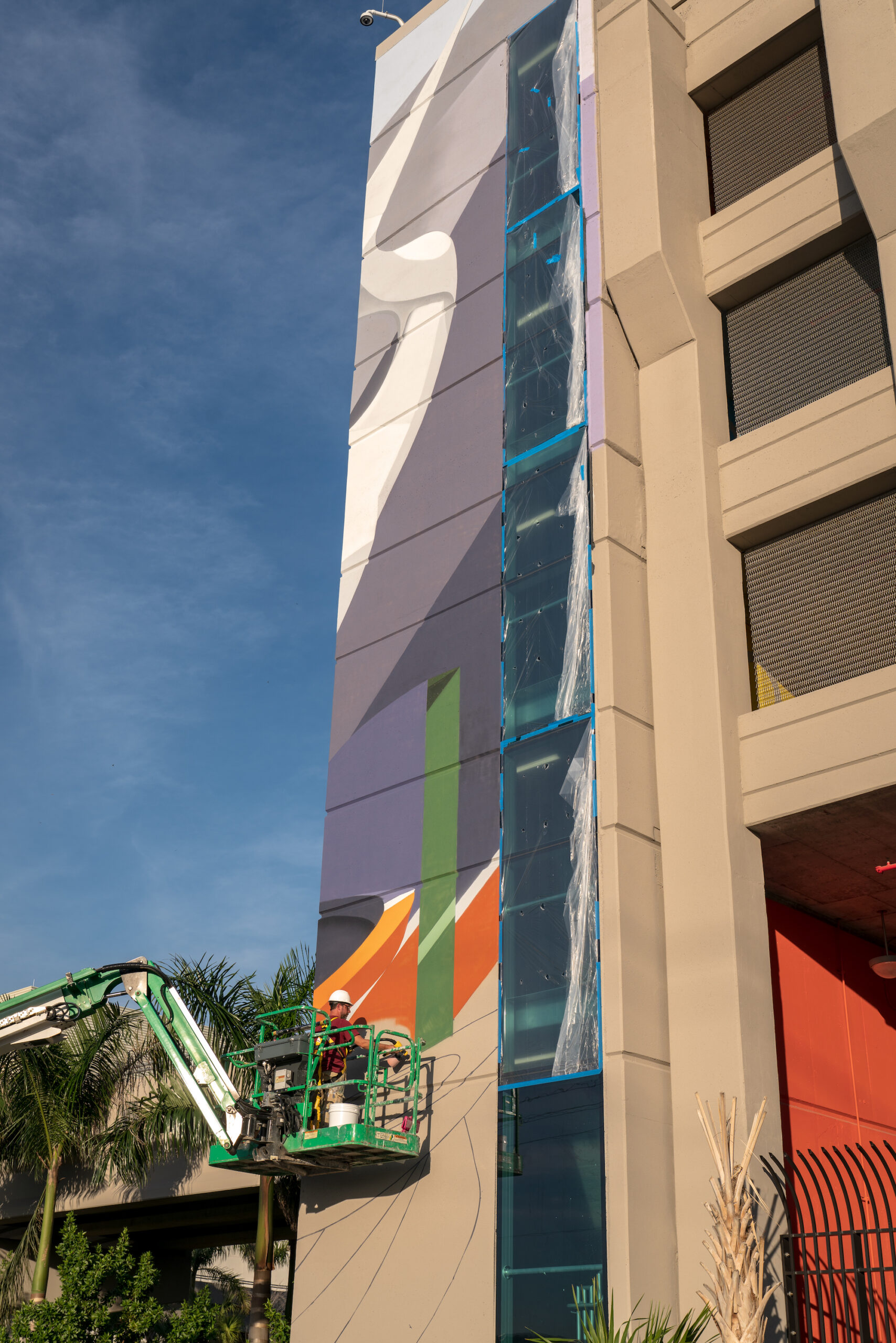 A collection of shapes typical for a port area or for the deck of a ship can be seen in the background, outlining the new silhouette of the façade until the building mingles with the sky, losing its structural limits. Casted shadows make all objects look like they are floating on a suspended space, opening the existing structure to new planes and deceiving the perspective of the observer by providing a new and indefinable depth to the structure. Additional volume is added through the “light” effect of the painting, warm and sharp as the natural light of Florida Sun.

Through the use of anamorphism, he creates a surreal space where selected symbolic elements live side by side, consecrating the identity of Port Everglades through a mind-blowing representation. 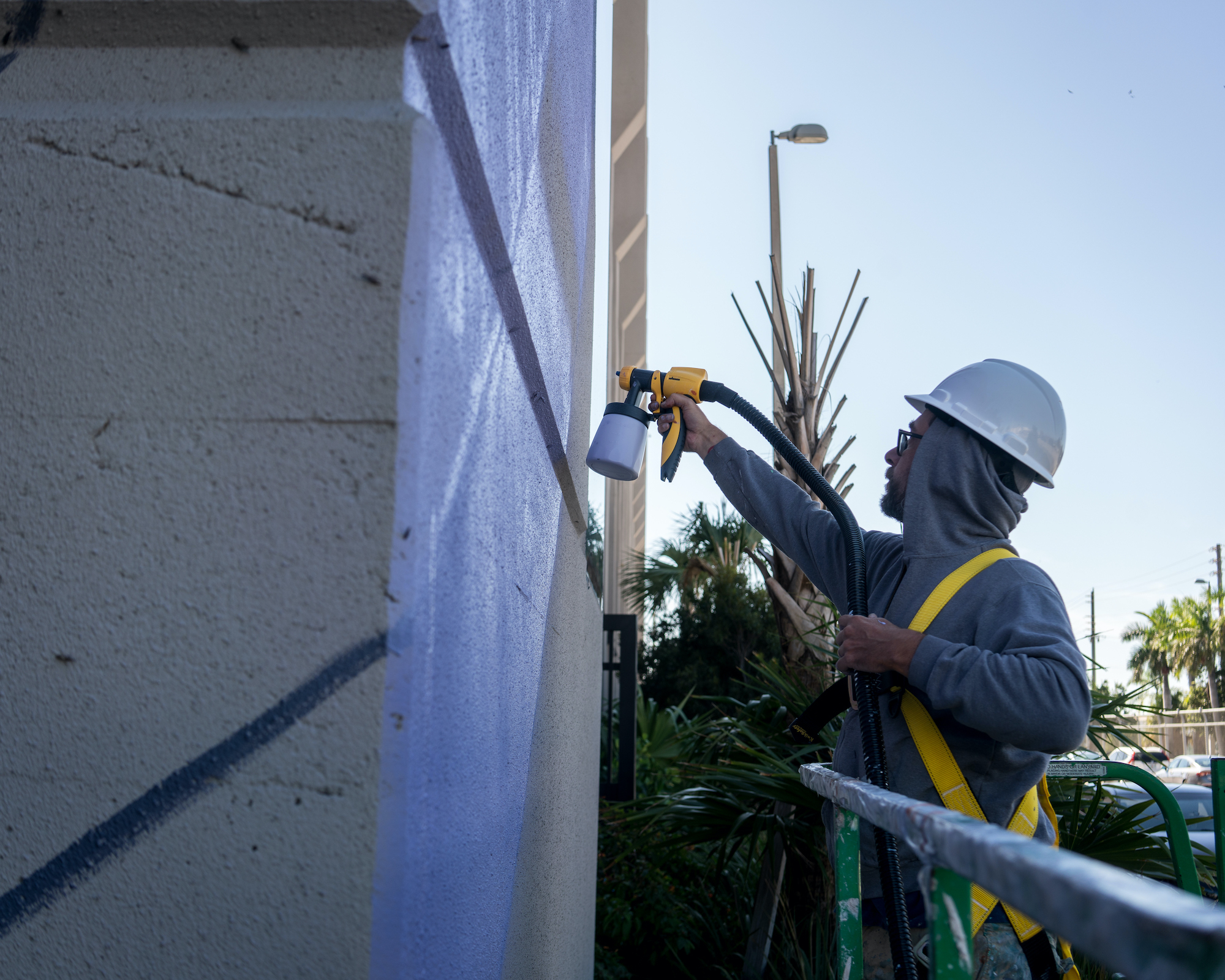 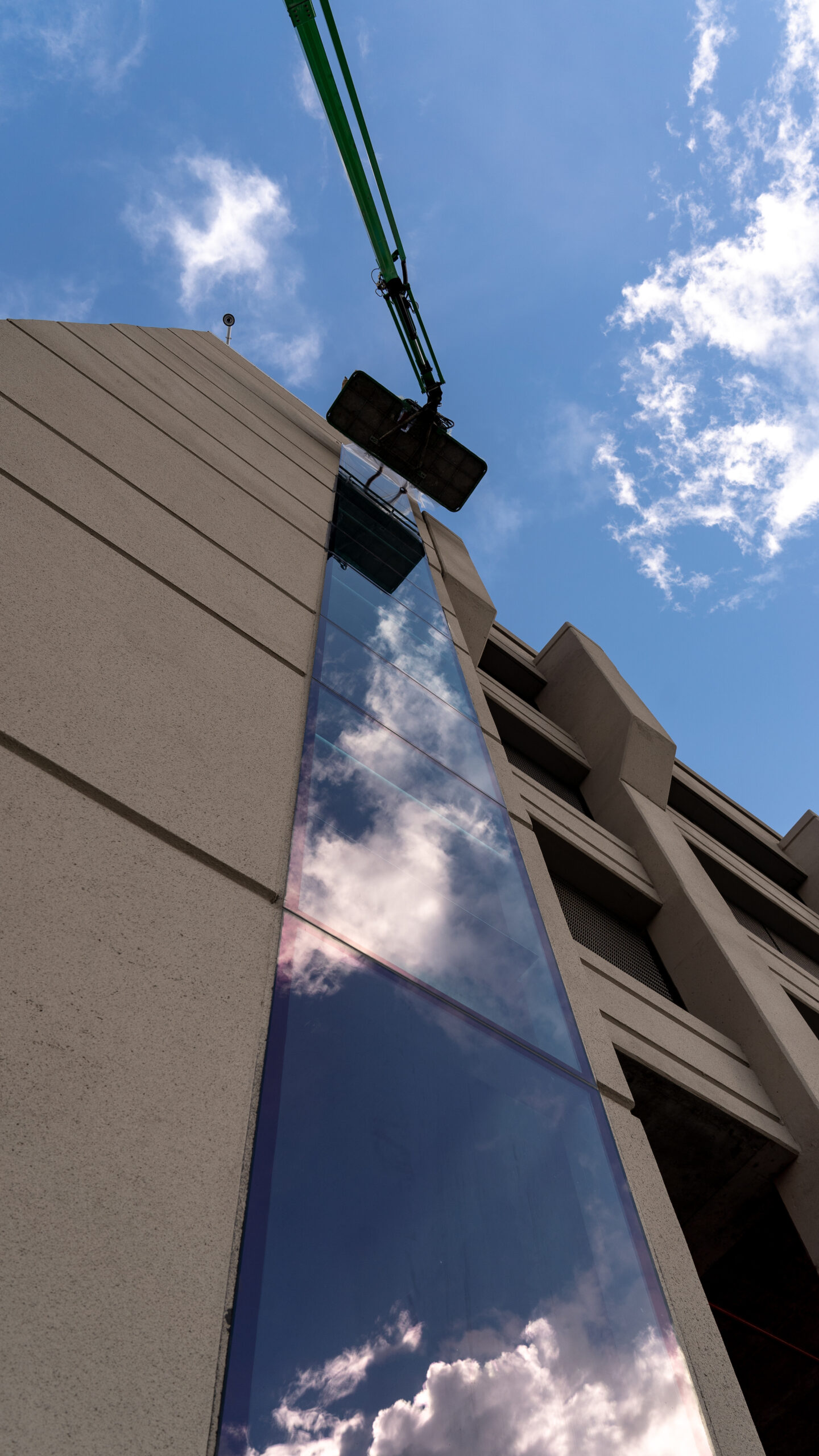 Peeta calls this project an “old” new mural. It was designed and planned for 2020, however, because of the pandemic had to be postponed for a year. The artwork is titled “Heron” and combines both Peeta’s typical abstract style and figurative element – extremely rare occurrences in his career. Thus, if you look at only one side it would still be abstract, but as you are approaching the mural from the corner the bird is popping up. Peeta visually “erased” the corner giving the property another look and dimension.

Manuel Di Rita, also known as Peeta,  is a graffiti artist since 1993 currently living in Venice. He is a member of the EAD crew (Padova, Italy), FX and RWK crews (New York City) and has participated, over the years, in festivals and art shows all over the world. His work explores the potential of sculptural lettering and anamorphism, both in painting and in sculpture.

Take a look below for more photos of “Heron.” 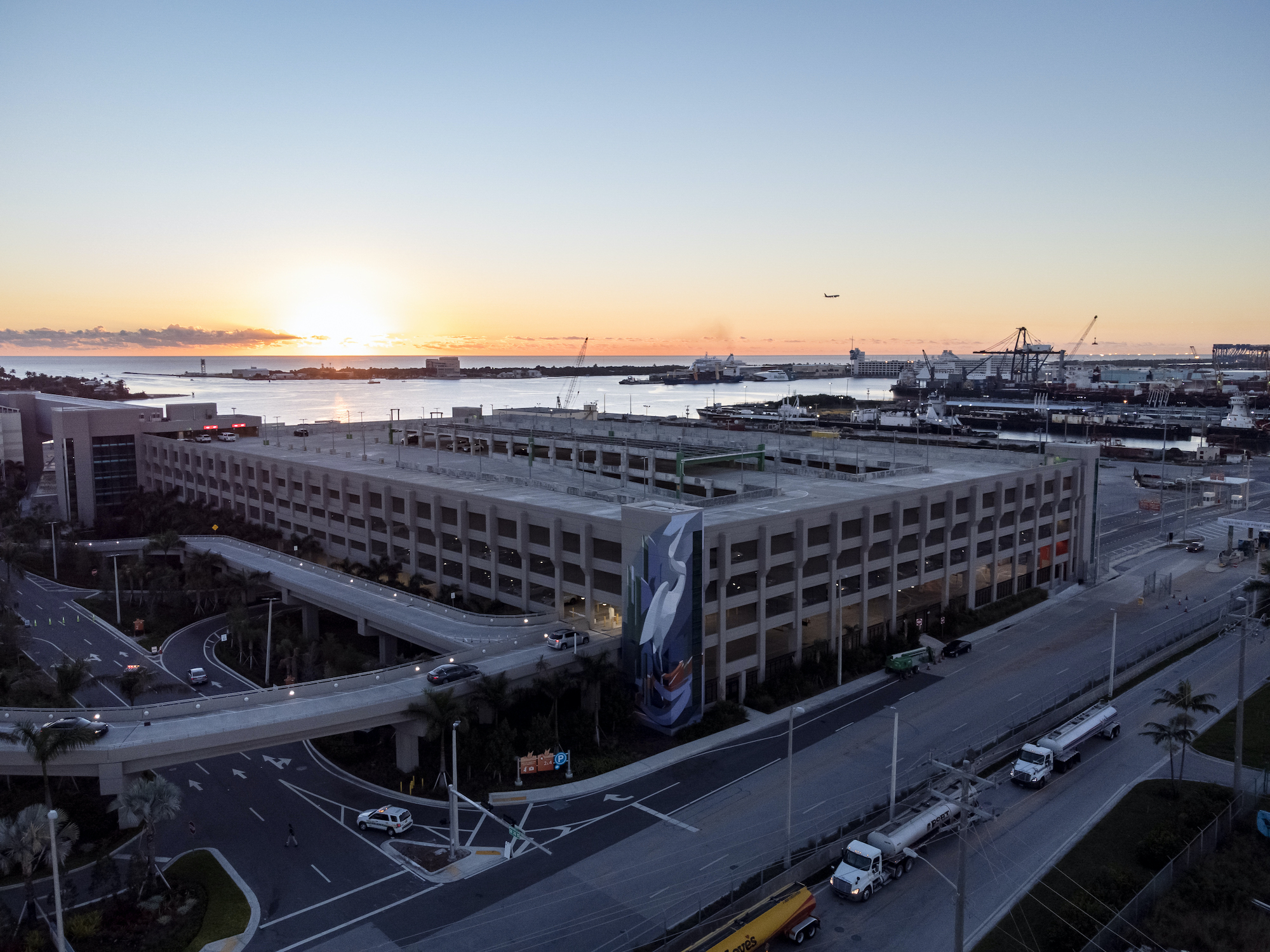 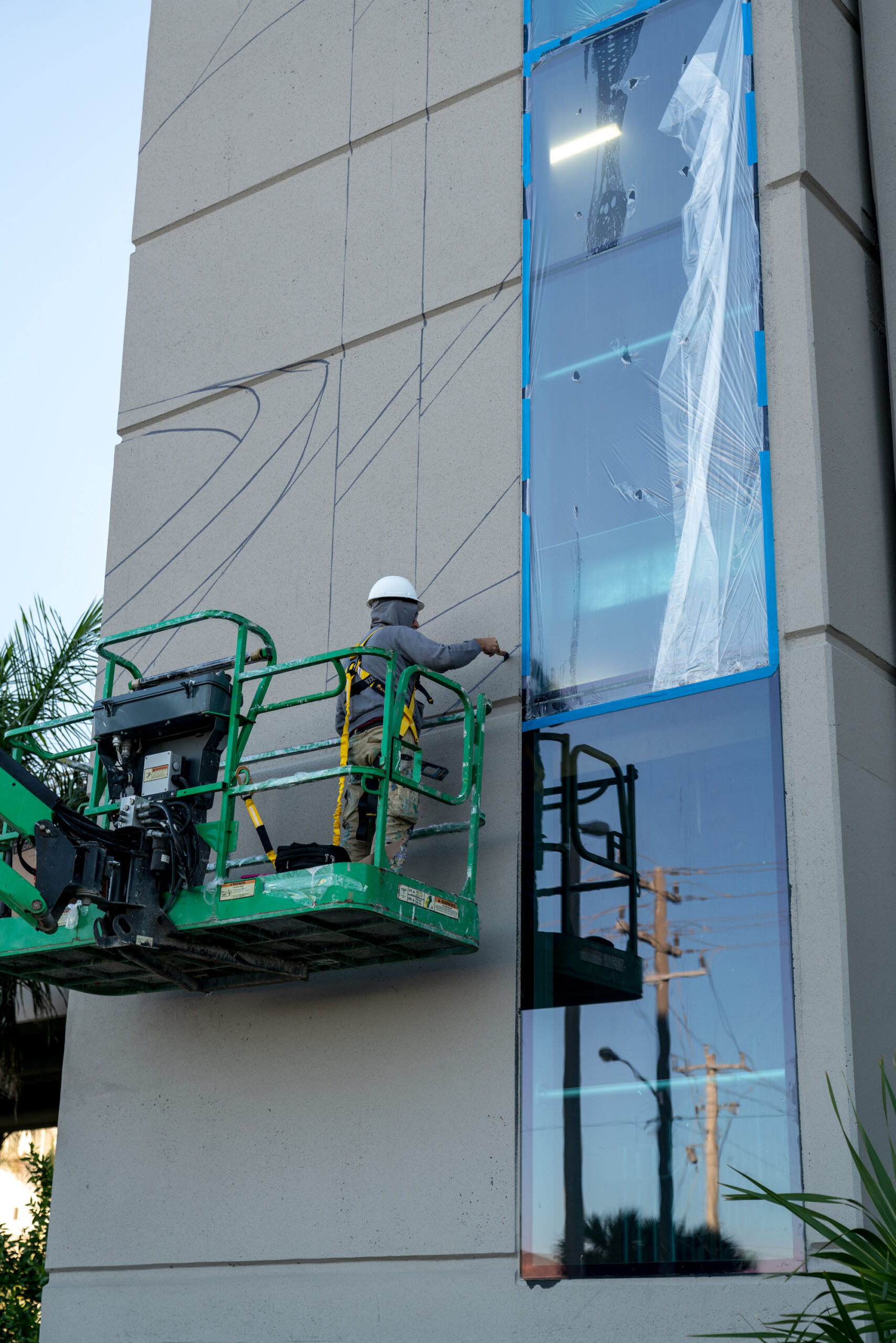 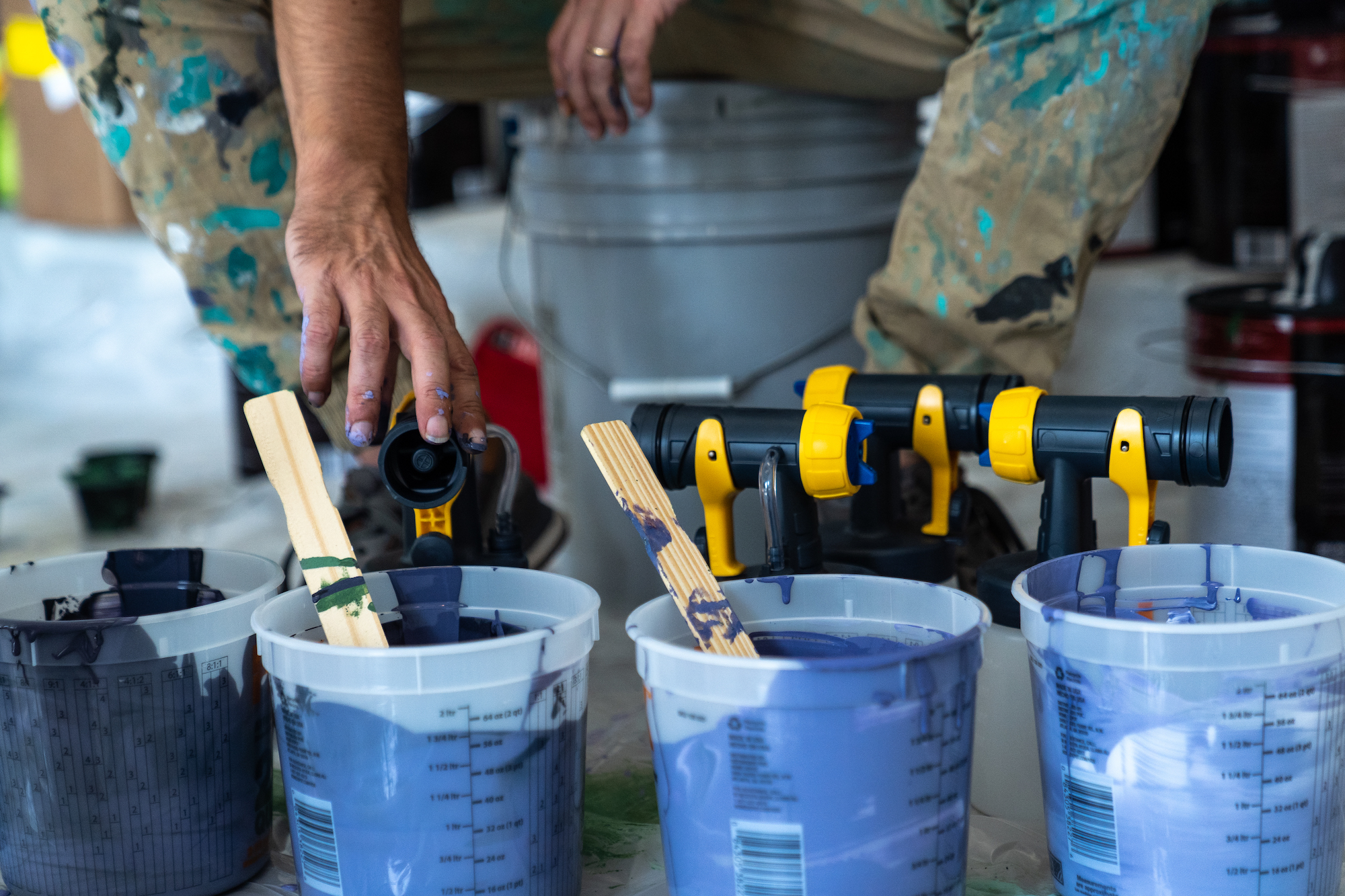 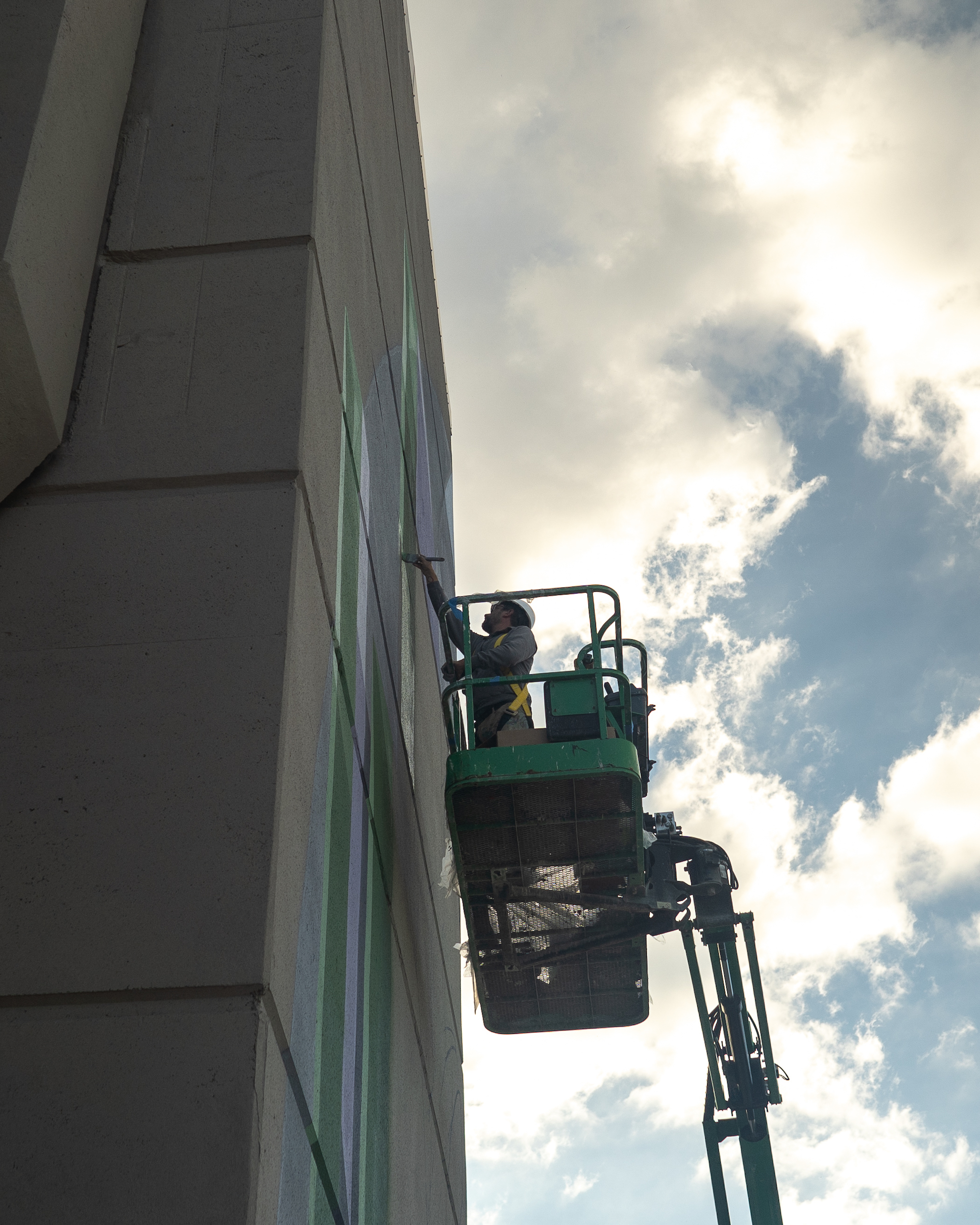 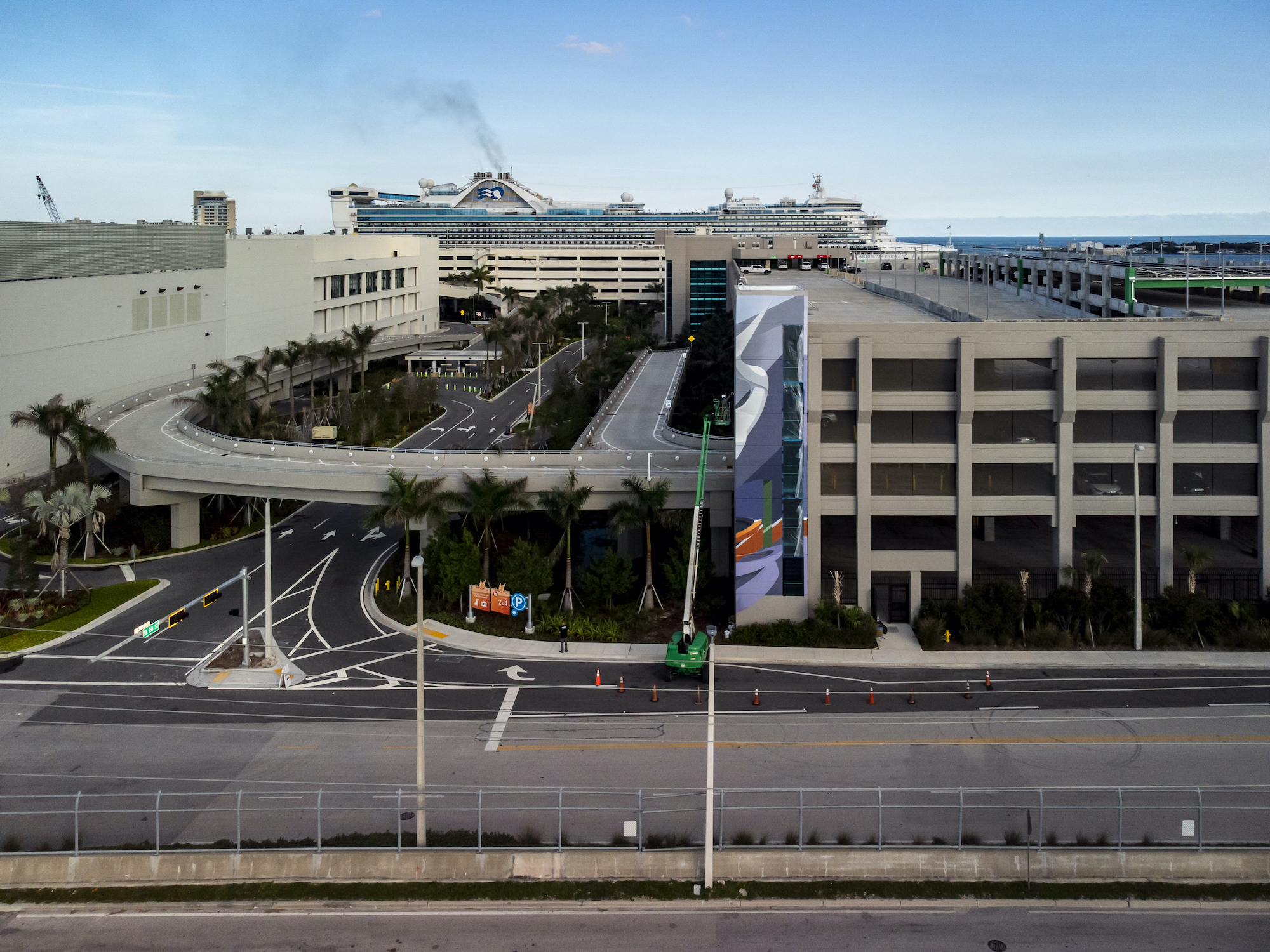