French street artist Ludo is back with a new mural in the streets of Paris. His new piece is entitled “Lucky Buddy vs RIP Banking System” which is an upgraded version of the piece Ludo made back in 2017. 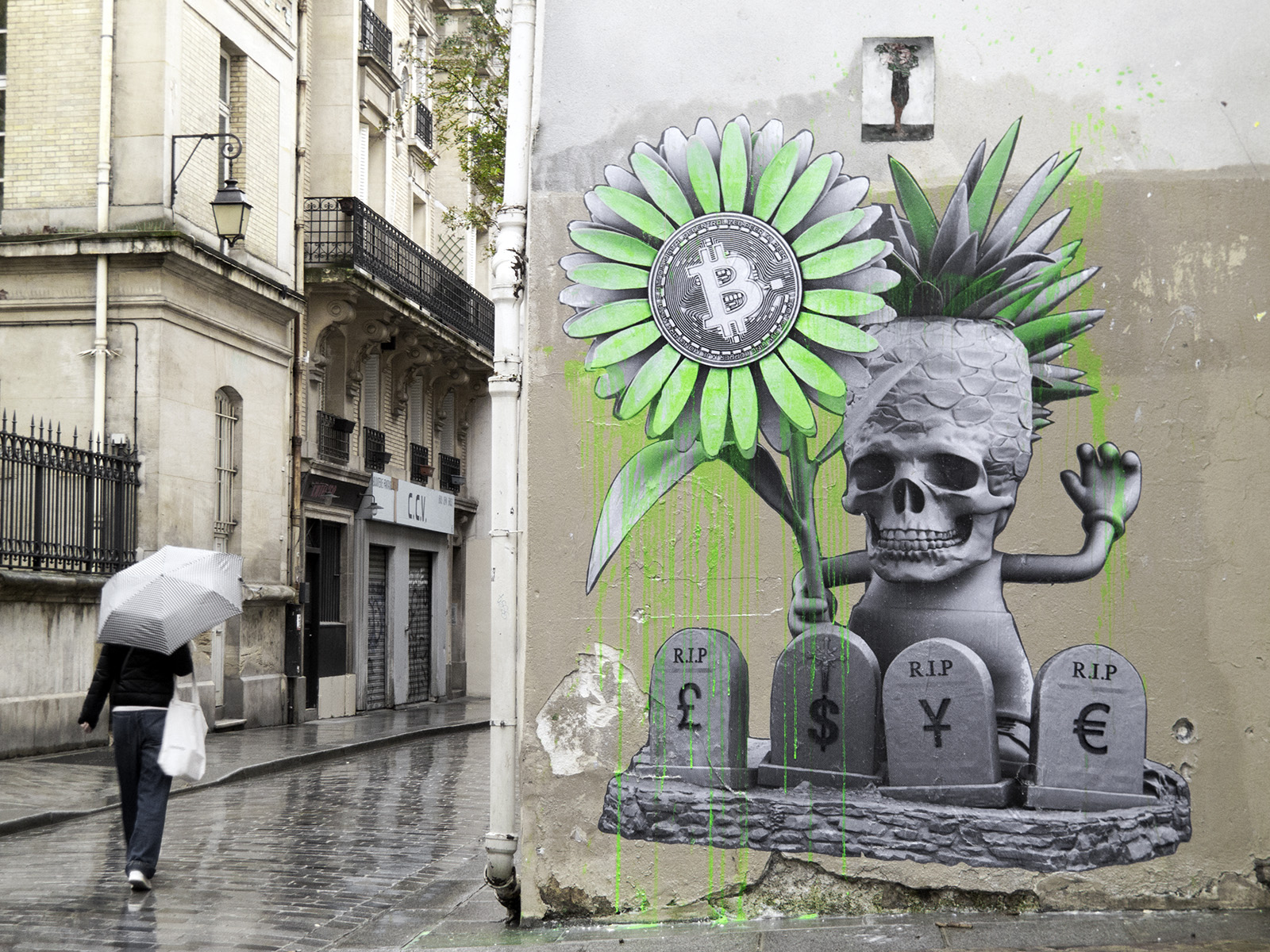 “Because these works are ephemeral, illegally put and painted in the streets, I’ll release soon the whole filmed process as a unique NFT, the ephemeral fixed in the Metaverse time.” Ludo mentioned. 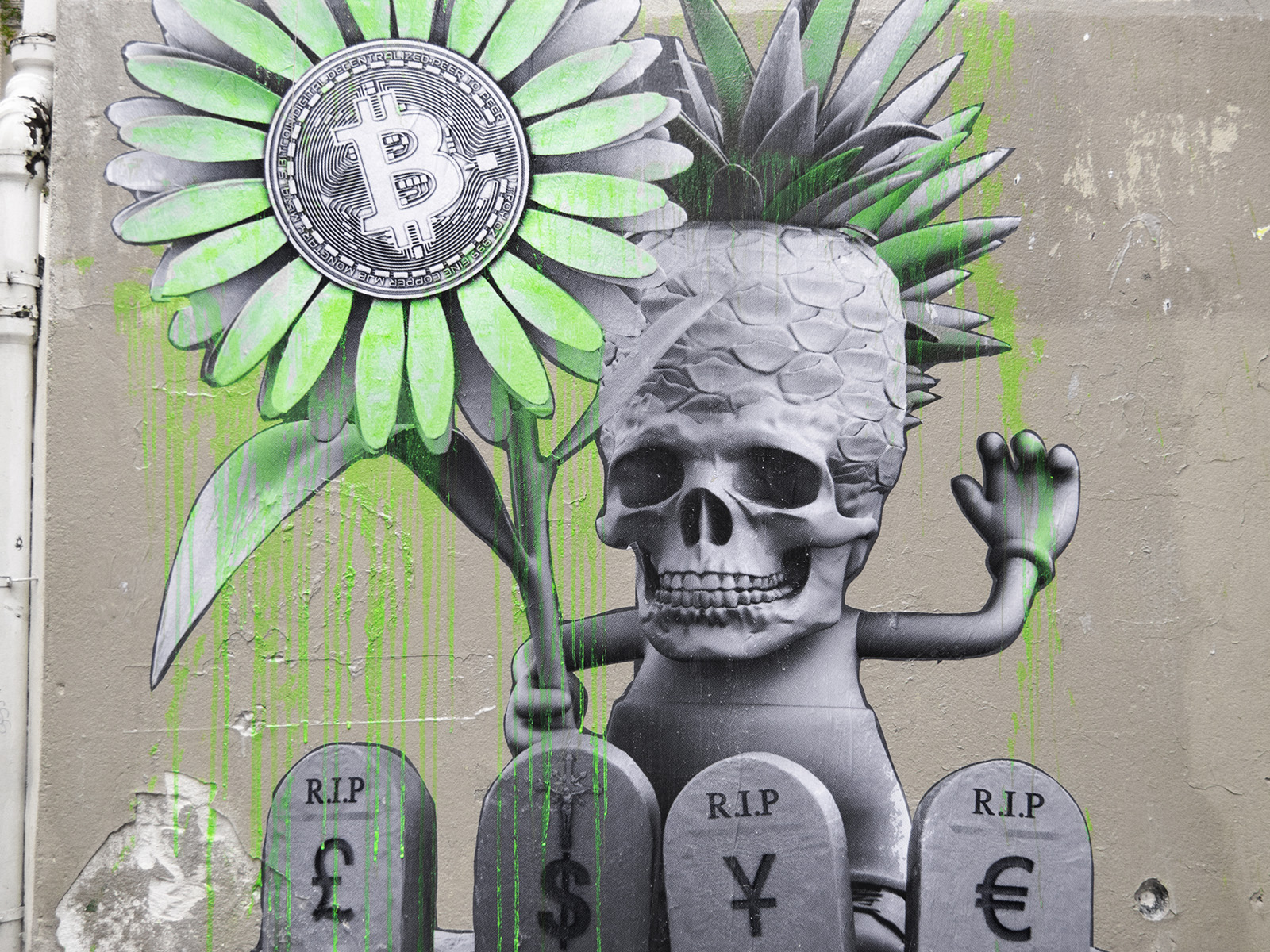 You may often see his work of art as an incredible sight. Most of his work primarily focuses on the combination of nature and human technology. More specifically, he prefers to emphasize on the way society takes nature for granted. Often, we disrespect and over-exploit it- leading human control into a vast destruction. His work focuses on our surroundings and effects all while providing a form of humility.

His monochrome pieces are often identifiable through signature green accents, and their appearances across Europe and the United States serve as a consistent reminder of the artist’s charged statement.

Check out below for more images of “Lucky Buddy vs RIP Banking System”. 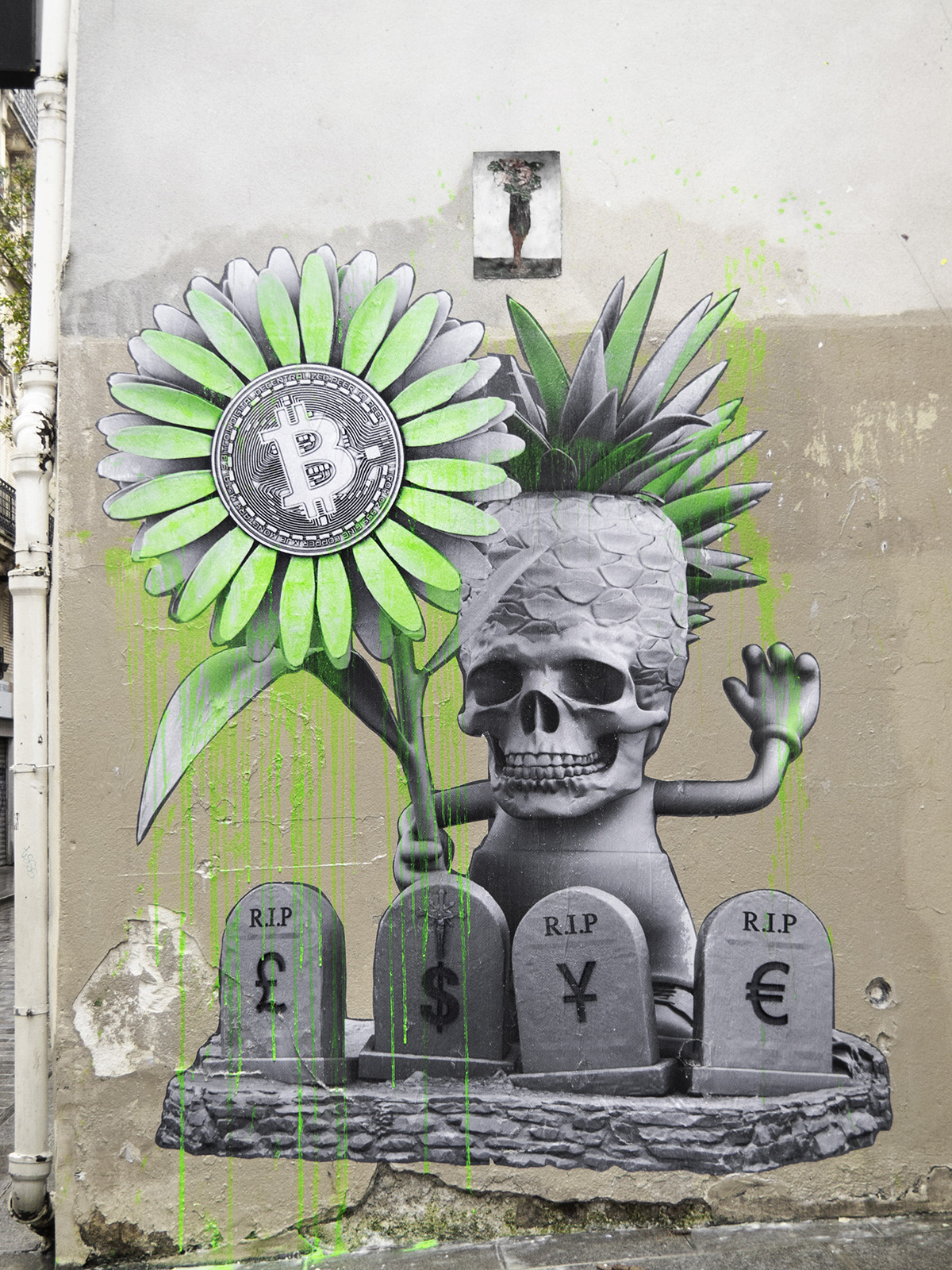 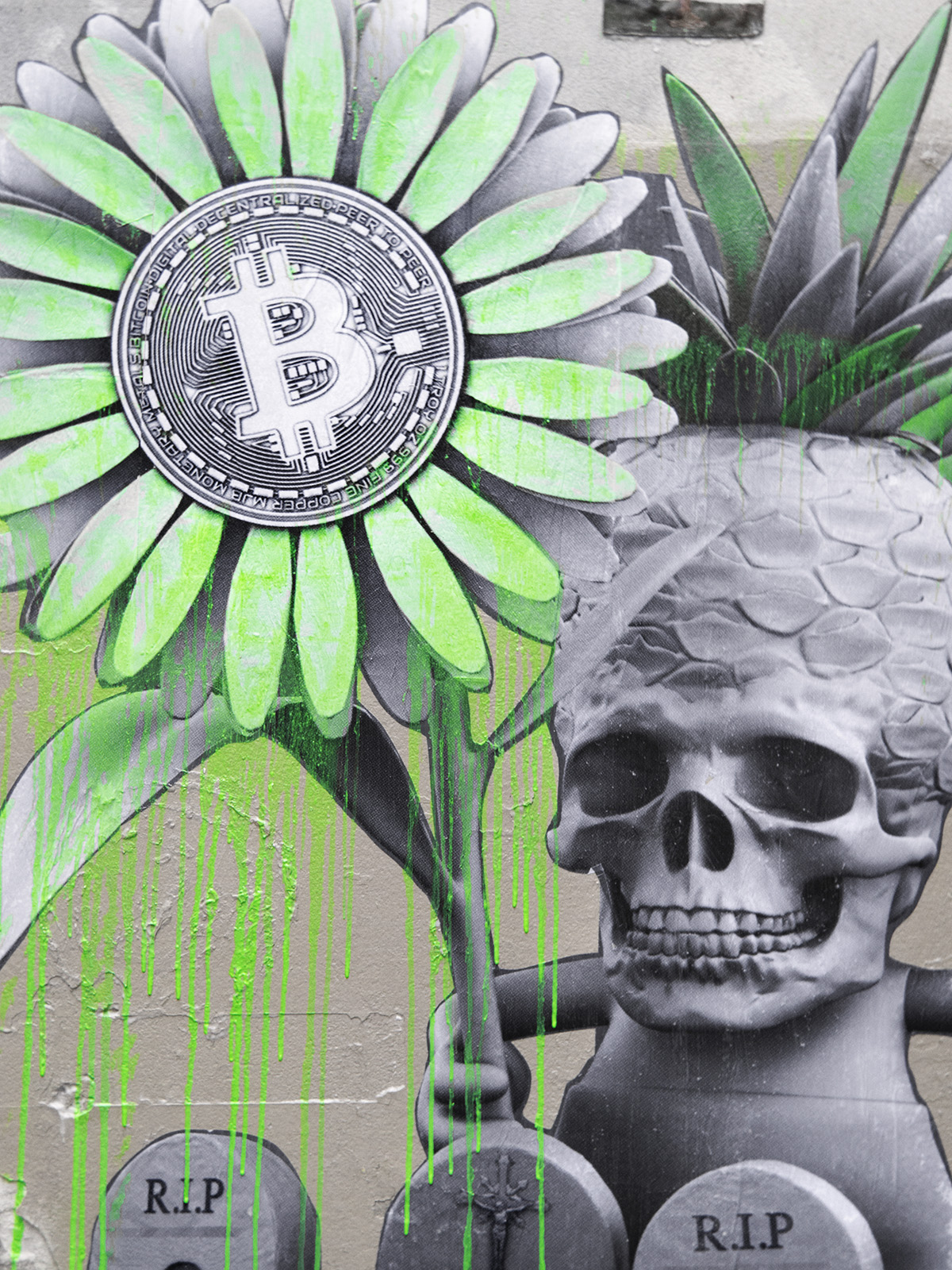 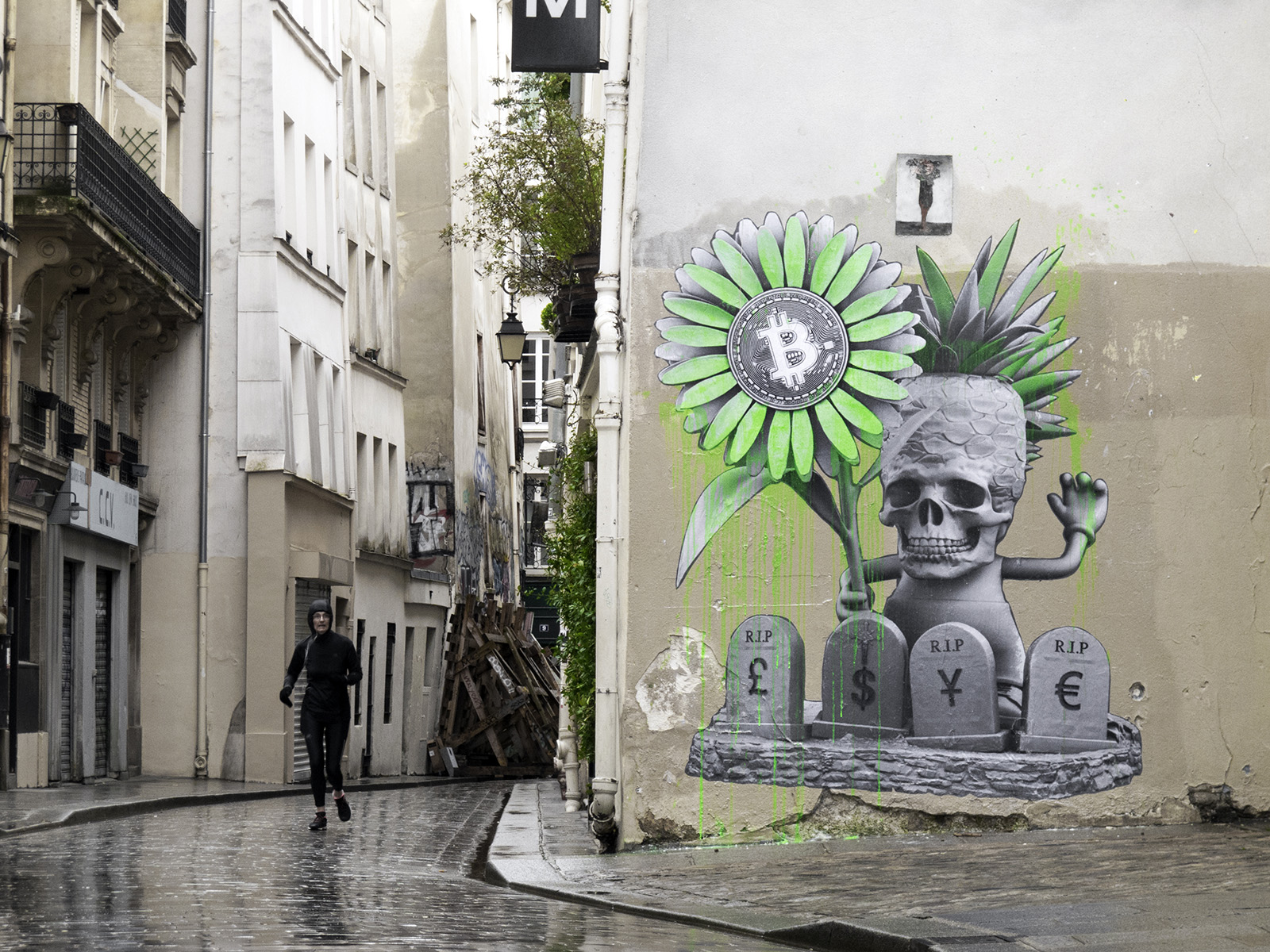