The George Rickey Foundation, Inc., and The George Rickey Estate, LLC., are pleased to announce a host of upcoming events celebrating the life and work of groundbreaking sculptor George Rickey. This September, a major public exhibition of his work along the central median on Park Avenue between 52nd and 56th Streets will open concurrently with an exhibition of large-scale works at the Kasmin Sculpture Garden in Chelsea, and will also coincide with the publication of the first biography of the artist. 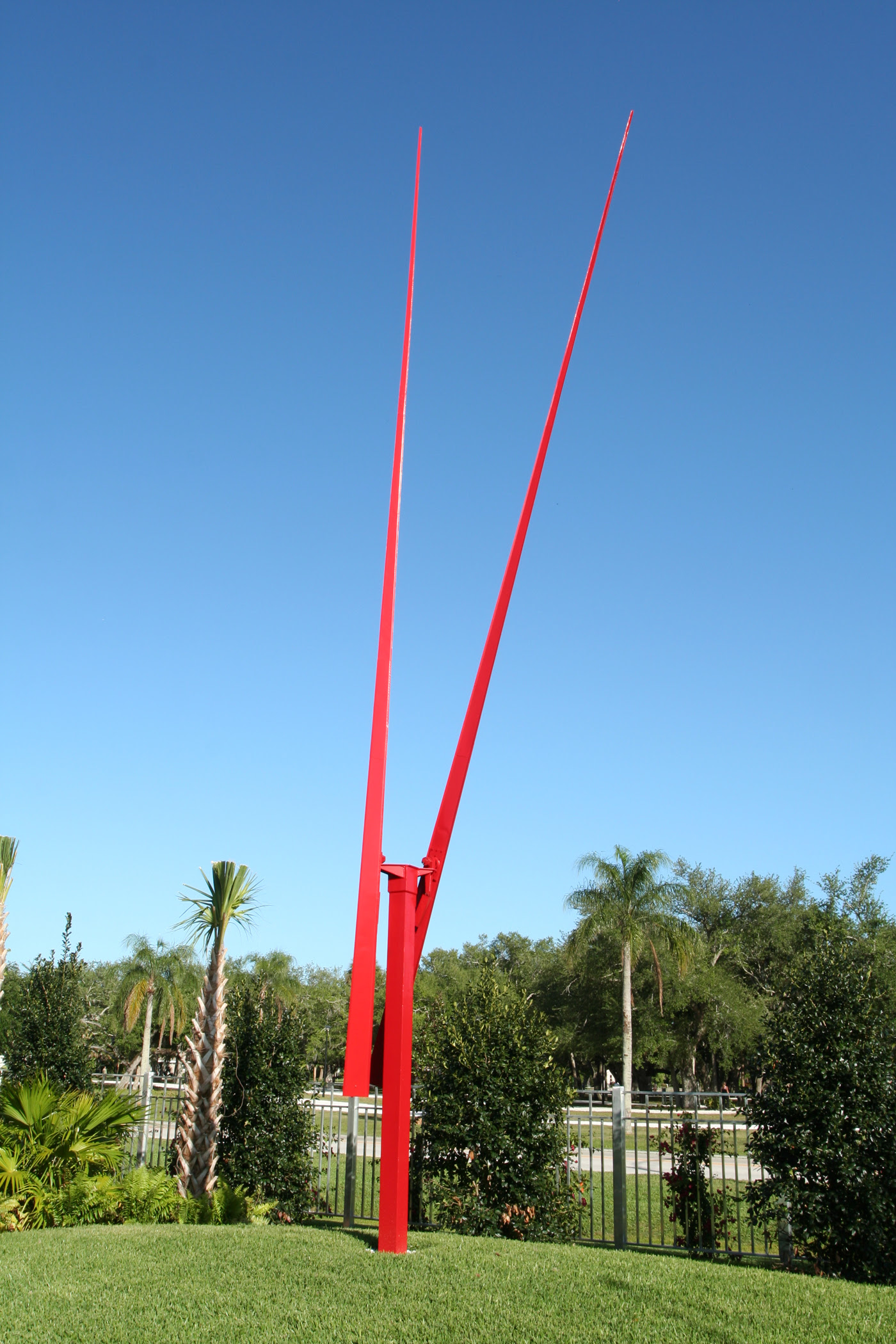 The exhibition — “George Rickey: Monumental Sculpture on Park Avenue” — will be staged in collaboration with The Sculpture Committee of The Fund for Park Avenue and the NYC Parks’ Art in the Parks program, and will go on view from August 30 through late November 2021. The presentation will feature nine of Rickey’s classic, monumental kinetic sculptures (sculptures capable of motion), some of them not exhibited in many years. “An artist who uses movement may behave like a clown or a philosopher or a school teacher or a research scientist,” Rickey wrote. “If great talents use movement, great art will move.” 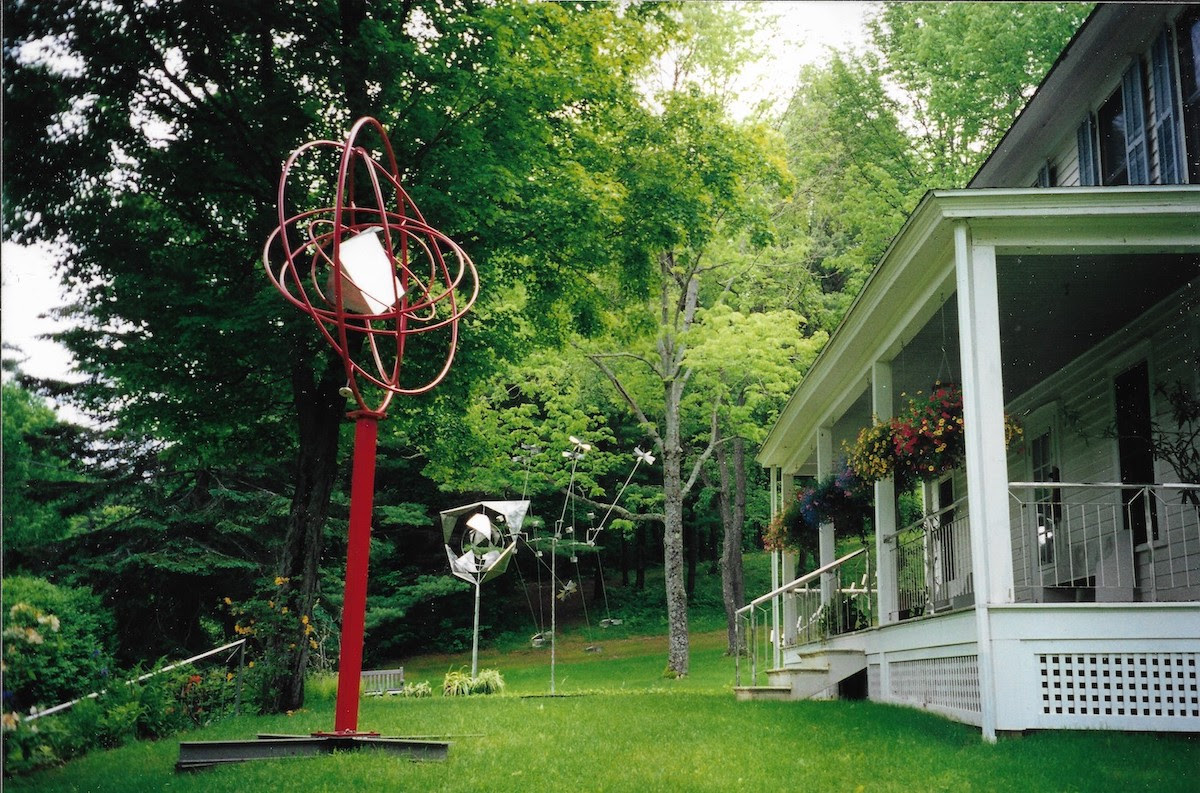 The Park Avenue installation will showcase much of Rickey’s diverse and energetic repertoire, with the earliest made in 1964 and the latest completed in 2002. Breaking Column II (1989), one of Rickey’s most important and complex works, will tower over Park Avenue at 25 feet tall, playfully disrupting the stasis and calm demeanor of a classic architectural form, as its discrete components fall apart and reassemble on the wind’s whim. On verdant Park Avenue, the show will vividly demonstrate Rickey’s interpretation of the dialogue between the built and natural worlds.

Six Lines in a T (1964-1979) will also be on display. Comprised of six hand-crafted and reflective stainless steel blades, this masterpiece, meticulously engineered and perfectly balanced, creates the illusion of organic independent motion from the slightest current of wind. On Park Avenue, Rickey’s explorations of cyclical movement will also be seen in works such as Space Churn with Octagon (1971), a series of concentric forms that each spin at different speeds, creating varying patterns, and Untitled Circle (2002), the exhibition’s most minimalist piece, a stainless steel ring that asserts a quiet power with its effortless movement. 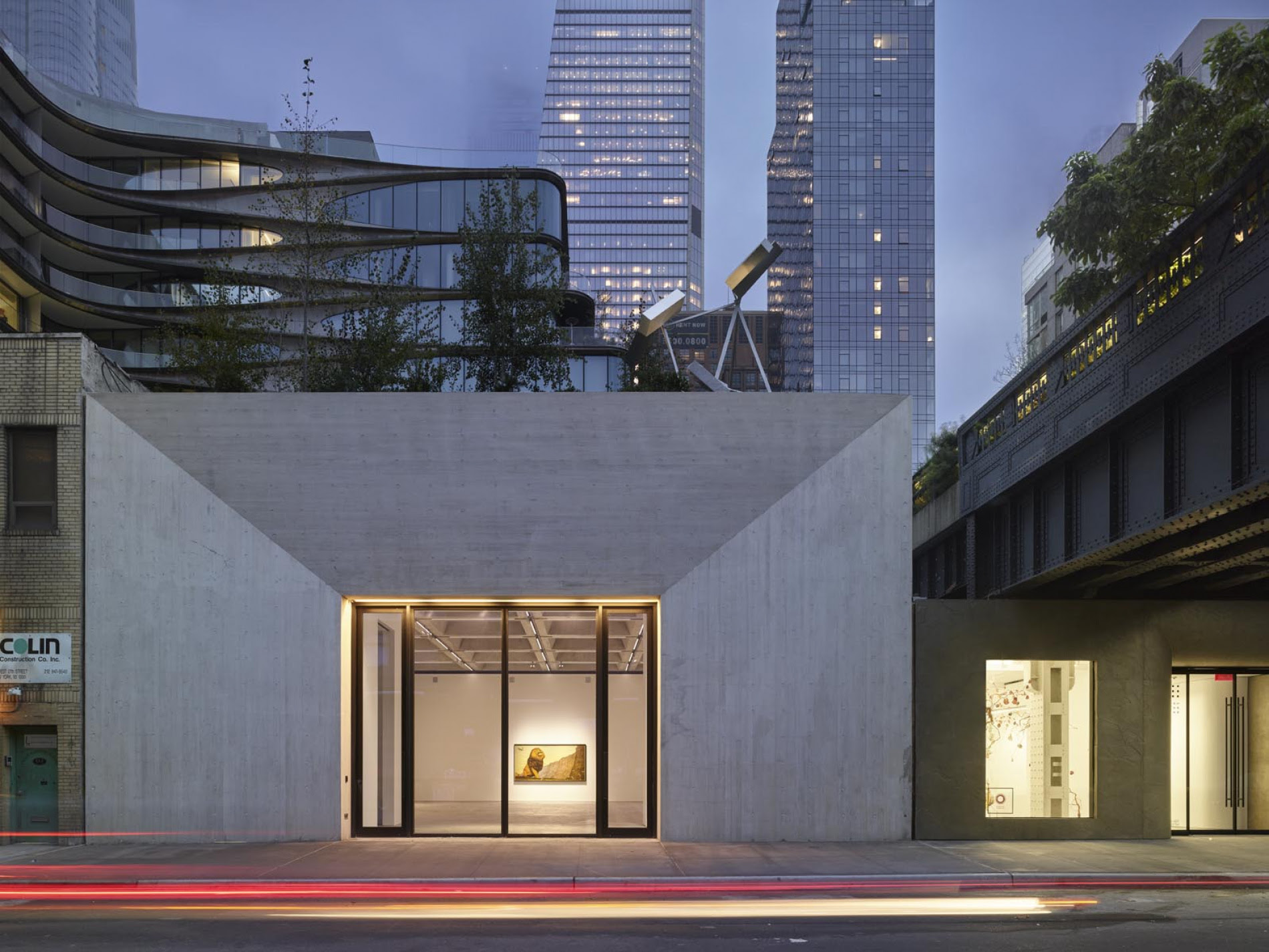 Simultaneously, three Rickey sculptures will be exhibited at Kasmin gallery’s rooftop sculpture garden in Chelsea, viewable from the High Line at 27th Street. All three sculptures date back to the 1960s, including Rickey’s iconic Two Red Lines (1963-1975), one of the first to feature what would become the artist’s signature vertical blades. The blades of this piece, wrote Hayden Herrera for Artforum in 1975, “intersect, scissor open and slow increasingly as they near the horizontal, as if they were summoning energy for the return voyage,” adding that the movements in all of Rickey’s works, “are complex, random and endlessly intriguing.” This outdoor installation is Kasmin gallery’s first exhibition of Rickey’s work since announcing their representation of the artist’s estate in November 2020, and will remain on their roof through the run of the Park Avenue show. 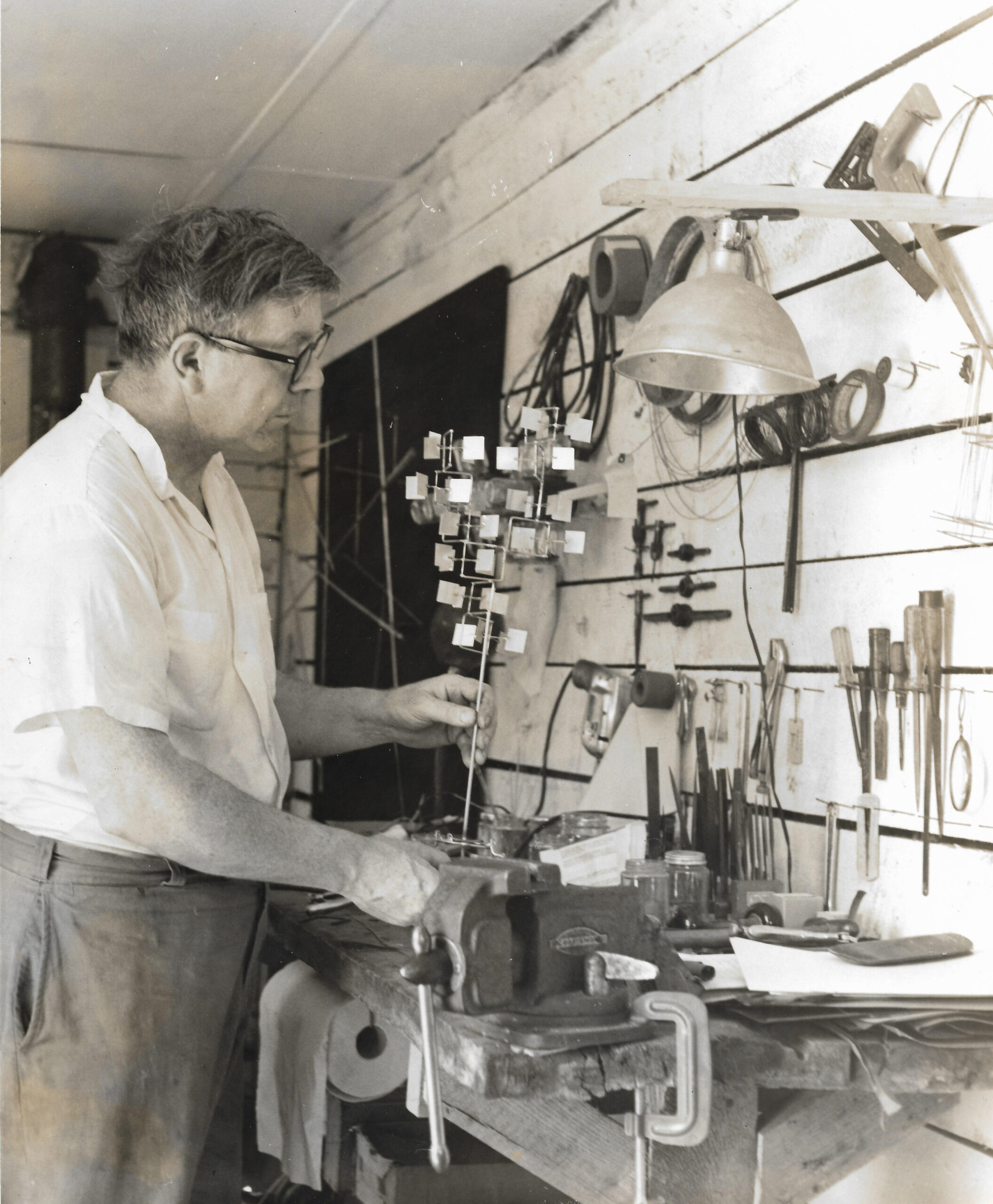 September will also mark the release of Rickey’s first biography, George Rickey: A Life in Balance by Belinda Rathbone. Published by Godine, the 480-page volume includes a 16-page color insert and presents the artist in the context of his life and times, from his earliest creative encounters as a child, to his varied career from Army Air Corps computer technician to pioneering college art educator, to his ultimate rise to renown as a sculptor alongside Alexander Calder, David Smith, and Christo. The book will be released on September 14, 2021 and is currently available for pre-order.

George Rickey was among the most inventive and influential sculptors of the twentieth century. Rickey, along with Calder, introduced the notion of kinetic sculpture to America in the mid twentieth century. Rickey’s kinetic works are the outgrowth of his experiments with wire and metal that began during his service in World War II. By the late 1950s and early 1960s he had defined his sculptural forms as simple, geometric shapes such as rectangles, trapezoids, cubes, and lines. Rickey created work that specifically revealed the ever-present, but unseen, elements and forces of nature. Rickey expanded the physical vocabulary of sculpture, positioning his work at the intersection of art and nature. In his hands, art and nature are one and the same.

Rickey’s work can be found in the collection of the Solomon R. Guggenheim Museum, which hosted a retrospective of the artist in 1979, and in those of the Metropolitan Museum of Art, the Museum of Modern Art, the Whitney Museum of American Art, the J. Paul Getty Museum, the Los Angeles County Museum of Art, the National Gallery of Art, and the Tate Gallery. His public works remain on display in towns and cities in every part of the United States, and throughout Europe, Japan, Australia and New Zealand.

The George Rickey Foundation was founded in 1993 to advance exhibitions of and scholarship about the artist’s work. It is tasked with establishing an archive of materials and technical data for future research projects on the artist and his work, including a catalogue raisonné; encouraging museum exhibitions and lending works owned by the foundation to significant shows; and encouraging independent scholarship on the artist and his contributions to the history of American art and International Modernism.