THERE IS A STRONG AMOUNT OF MUSEUM NEWS TODAY. In Berlin, the Ludwig Mies van der Rohe–designed Neue Nationalgalerie reopened on Sunday after a six-year, €140 million (about $164 million) renovation by David Chipperfield. Germany’s culture minister called it a “brilliant comeback as a pilgrimage site for lovers of modern art and as a stage for contemporary artists,” according to the Associated Press. Just north of Copenhagen, work has been completed on a subterranean addition to the Ordrupgaard Art Museum designed by Snøhetta; Wallpaper has photos. And in Washington, D.C., an advisory council has been formed to guide the establishment of the Smithsonian American Women’s History Museum, per the Washington Post. It includes former Commerce Secretary and ARTnews Top 200 Collector Penny Pritzker, fashion designer Tory Burch, and tennis great Billie Jean King. 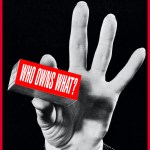 ARTISTS ARE ON THE MOVE. Sean Scully and Liliane Tomasko have set up in Aix-en-Provence, France, leaving their living situation in Barcelona because of rising nationalism in the Catalonian capital, they told tell the Financial Times. They also have outposts in Berlin, London, Munich, and New York. Scully mused that if he “wanted to be rich, I’d just do the real estate. I’m really good at that.” The two have a show up at Newlands House in Sussex, England. Meanwhile, Tacita Dean has been readying a bounty of projects in a new Berlin studio, including work for a Royal Ballet production based on the Divine Comedy in London, according to Robb Report. And Emily Lordi has written in T: The New York Times Style Magazine about Black artists who have left the United States for other countries, following in the the footsteps of figures like James Baldwin and Josephine Baker —who will become the first Black woman to be buried in the Panthéon in France, the AFP reports.

With the Chinese government reportedly reining in billionaire Jack Ma, the previously outspoken entrepreneur is said to have taken up painting. Ma, an ARTnews Top 200 Collector, is said to sometimes share his drawing work with fellow billionaire Masayoshi Son, the chief of SoftBank. [The Wall Street Journal and The New York Times]

Katherine Bradford, a master of moon-lit beach scenes, has won the $35,000 Rappaport Prize, which is given annually by the the deCordova Sculpture Park and Museum in Lincoln, Massachusetts, to a New England–affiliated artist “who has demonstrated significant creativity and vision.” [The Boston Globe]

Julien Nguyen, whose fantastical and meticulous paintings just appeared at Matthew Marks Gallery in New York, said in a mini-profile that playing video games like Civilization III, Age of Empires, and StarCraft has inspired his work. “You’re building your empire and conquering different parts of the world or space,” he said. [The New York Times]

In 1972, 14 paintings and six drawings by Leon Kossoff were stolen as they were being transported from London to Italy. Most of the works had been photographed, and art historians crossing their fingers that their publication in a soon-to-be-published catalogue raisonné will lead to their recovery. Here’s hoping. [The Guardian]

Artist Tracey Emin and Prince Charles are fans of the late artist William Arkle, a painter of luminous landscapes. Now his son Nick Arkle and his wife Tara have opened a gallery in their home to showcase his work. [BBC News]

IT CAN BE GOOD TO BE WRONG. After consigning what he believed were two prints by the Irish artist Paul Henry to a Cincinnati auction house, a man was shocked to learn that they are, in fact, paintings worth perhaps $60,000 to $80,000 apiece, the Irish Times reports. The works had once belonged to his great-grandfather, and the man found them while cleaning out a storage unit. He “commented that they were worth nothing,” an official with the house said. [The Irish Times]