Street artist Franco Fasoli recently made a mural in in Trinidad Nova, Barcelona, Spain in the event of the project TIME. TIME  is an extension of the Nova project, a tool for social transformation through art in the said neighborhood promoted by Pla de Barris (Neighborhood Plan) and Difusor/B-Murals in the last years.

At a time when we see iconic murals disappearing from Barcelona, the TIME mural allows urban art to regain its space in the city. It is the result of a permanent dialogue between the neighbors, the artist and students and teachers of the Escuela Superior de Restauración y Conservación de Bienes Culturales de Cataluña (ESRCBCC). TIME included multiple activities and spaces of exchange, culminating with the mural, inaugurated on Tuesday, July 6. 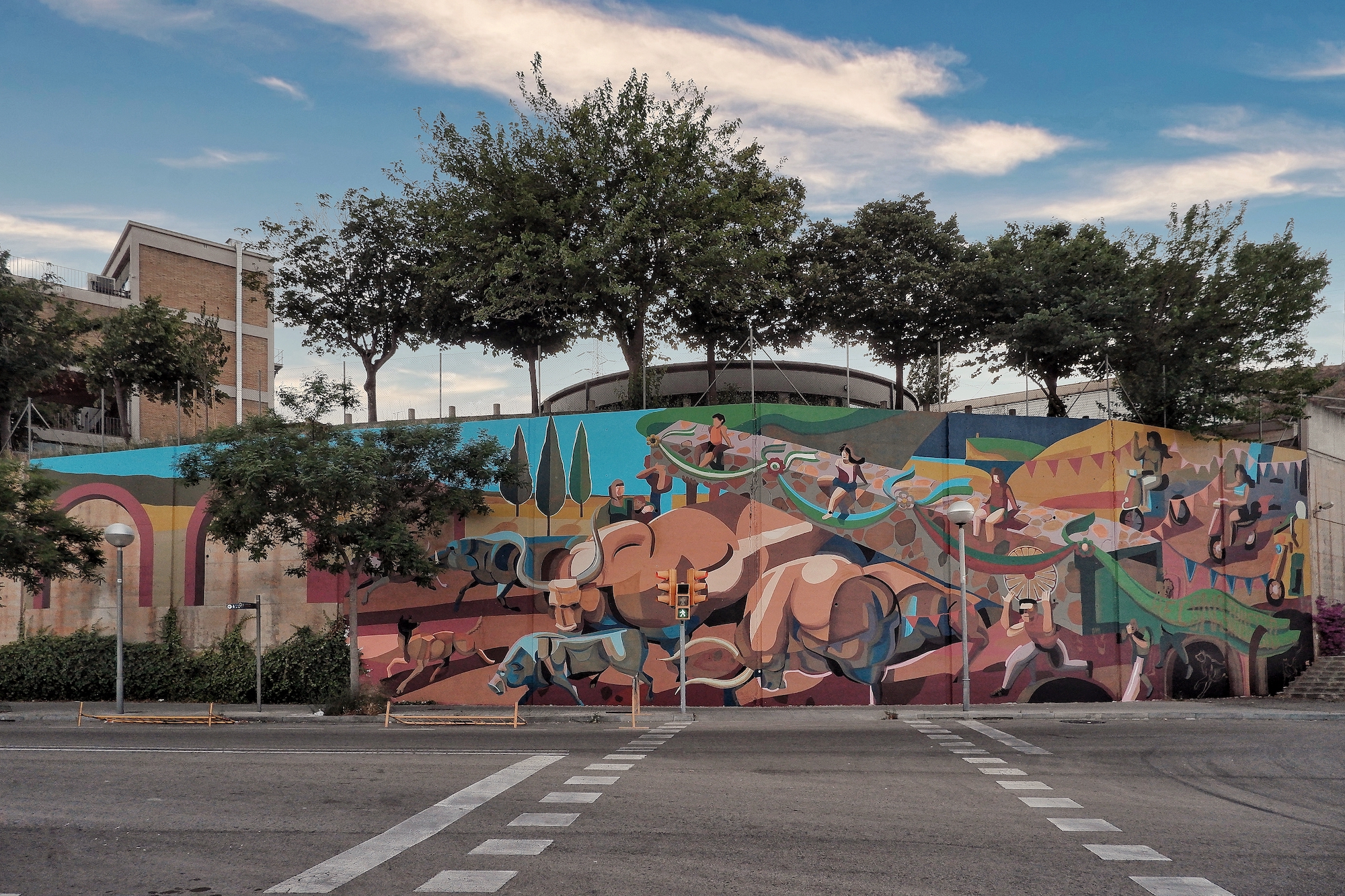 The mural, with the characteristic style of Franco Fasoli is full of details linked to the life in Trinidad Nova and the fighting spirit of its inhabitants, such as bulls that recall the past of the area tied to agriculture, wild boars (there are many in the area as the mountain is just behind), young people driving motorcycles with their fists up, banners symbols of the festive spirit of the neighborhood despite everything, flags representing the different communities, the Clock Tower that no longer exists, but carried by various characters, energetically advancing toward another future. 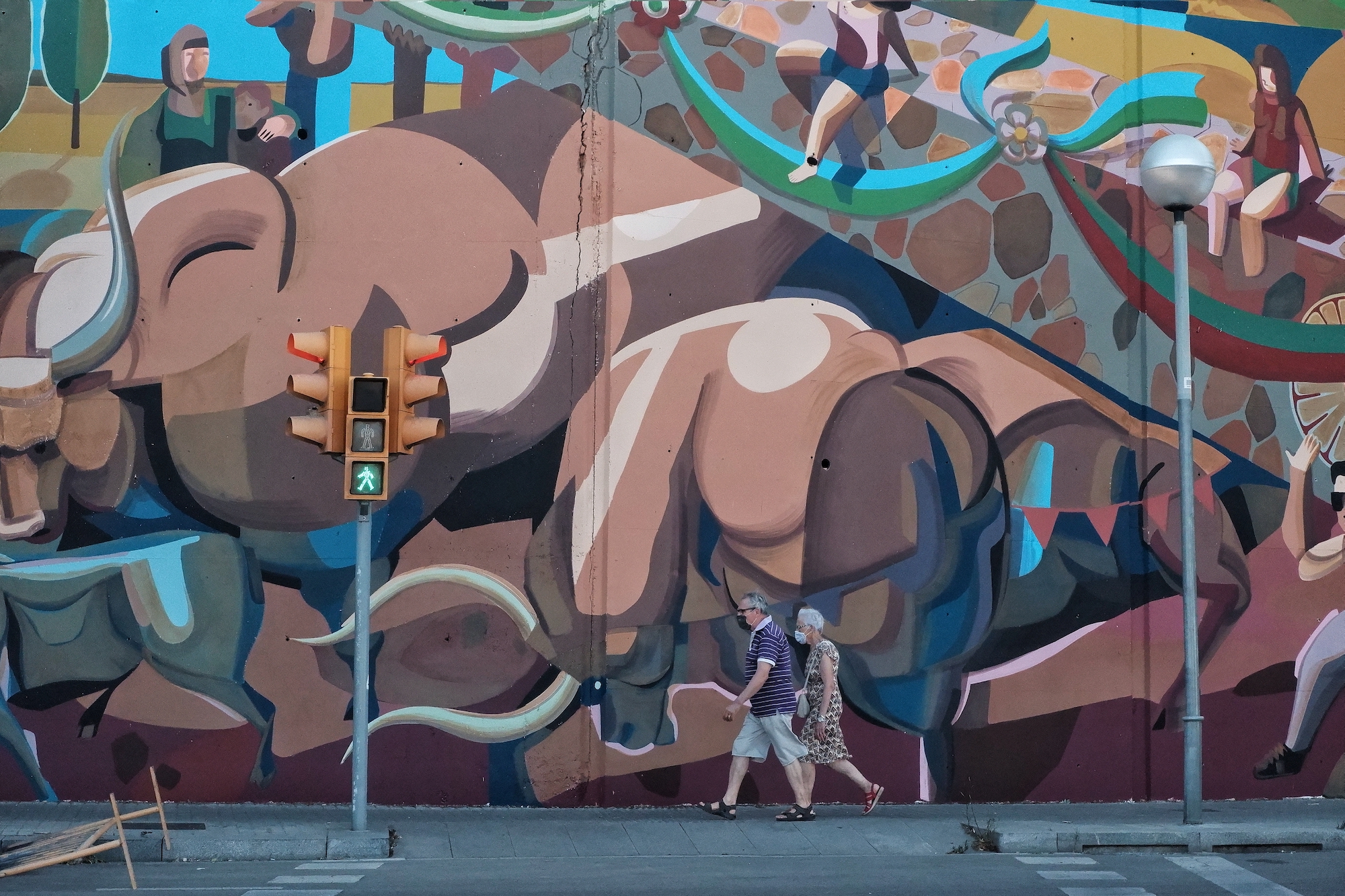 TIME is also a work marked by Franco Fasoli’s close collaboration with ESRCBCC students and teachers. The mural was first made with fixative, a painting base and normal plastic paint, and then covered by a mixture of earth with the same binder used to paste paper on a wall, with the help of the students who made a report on the development of the work. 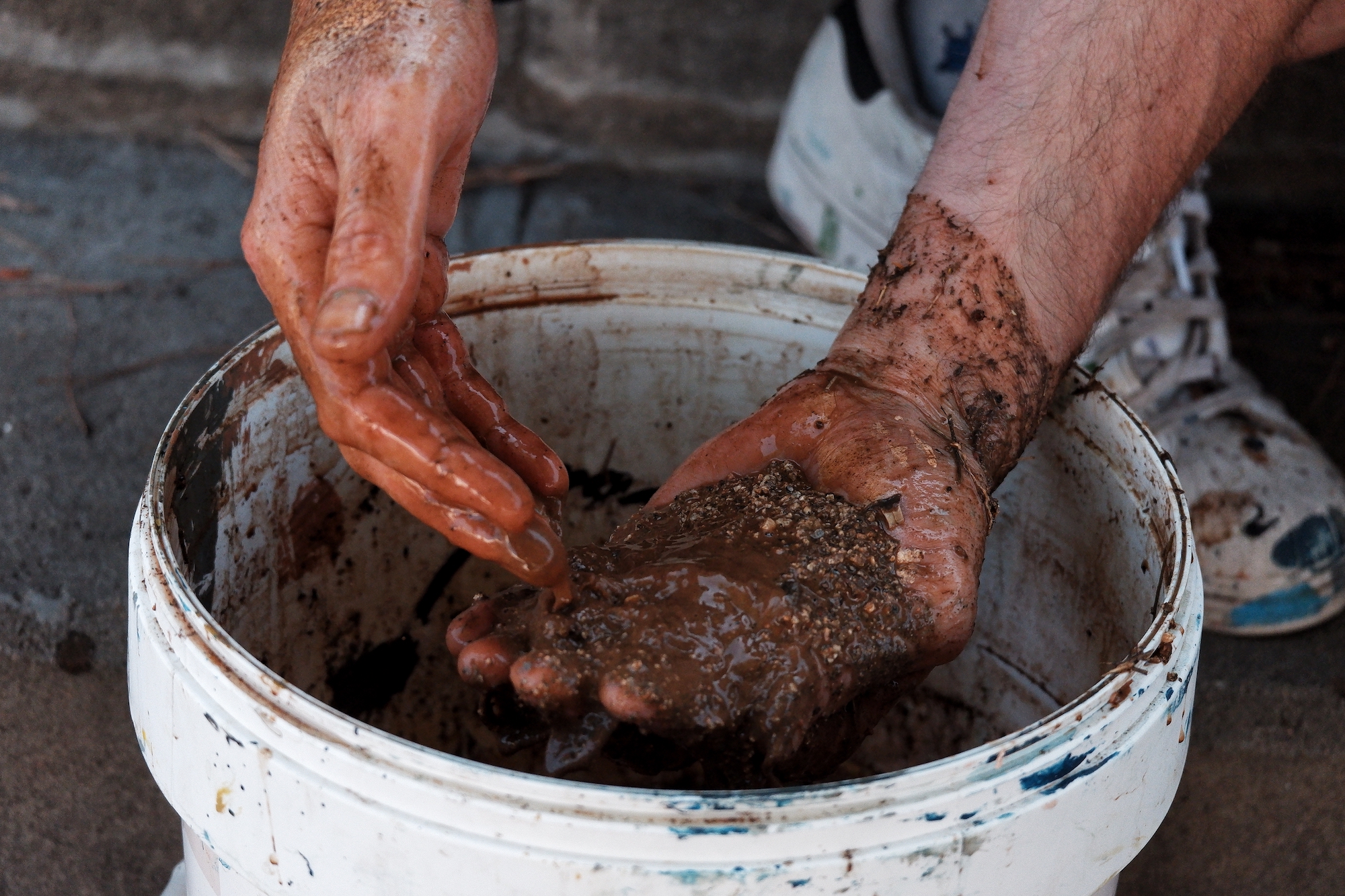 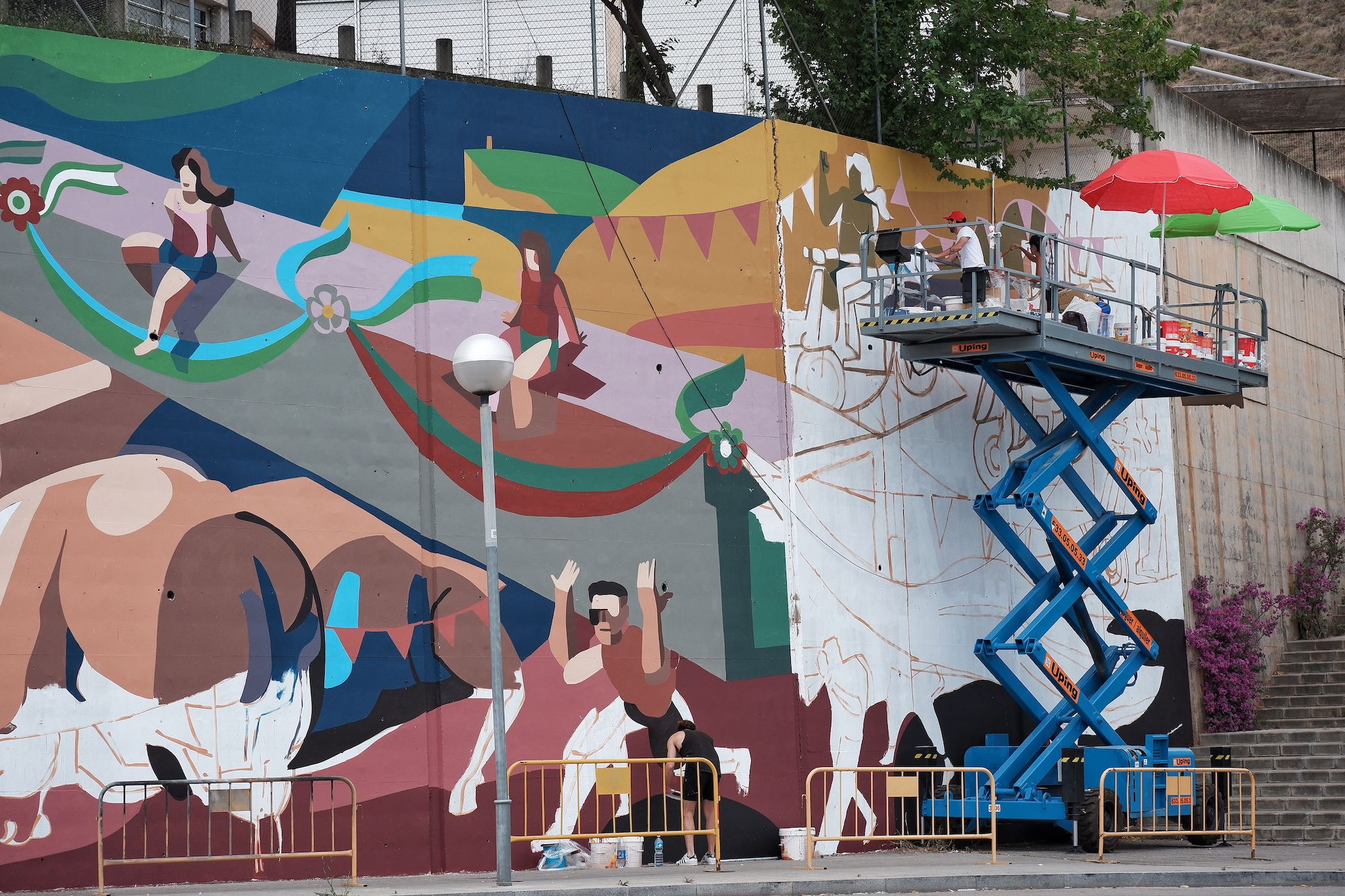 The neighborhood of Trinidad Nova, one of the poorest in Barcelona, has a very high unemployment rate, is losing a large part of the young population, and lacks businesses and leisure or sports sites. Its population of varied origin gradually since the 1950’s. From the beginning, a very strong social and associative fabric existed, as well as a pride of the neighborhood and a feeling of community that remains palpable today, despite the social and economic difficulties.

TIME is the reflection of the life, pride and hopes of a neighborhood, of multiple personal stories and memories, as well as a thinking about time and the feeling of community among multiple cultures. 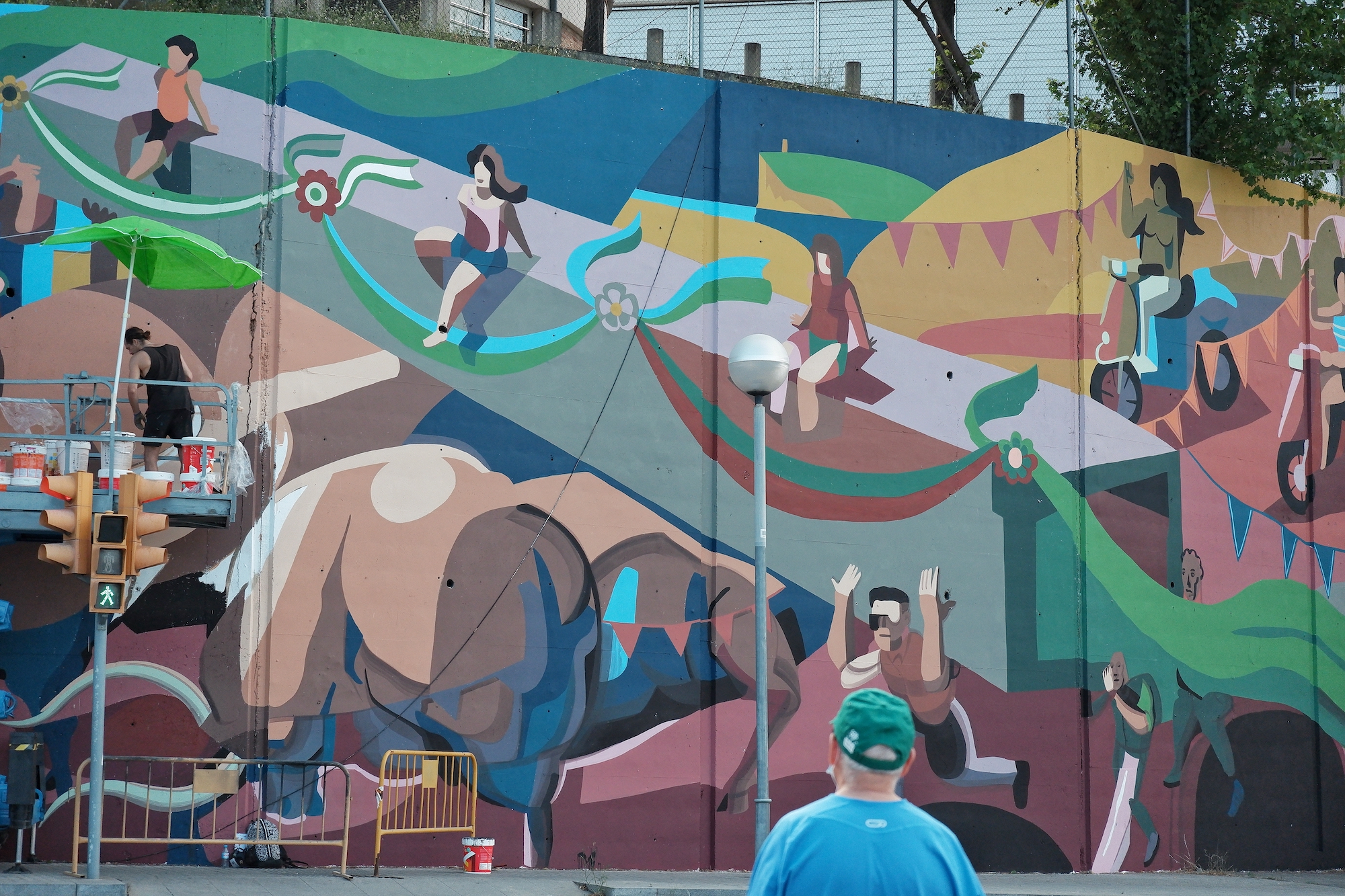 Franco Fasoli, also known as JAZ, is an Argentine muralist born in Buenos Aires. Inspired by the broad Latin American muralist movement, this internationally renowned urban artist and one of the best known of his generation, addresses in his work the depersonalization of the human condition. Whether through the representation of human figures in relation to animals or in characteristic everyday scenes, especially in his latest collages, he also shows a permanent interest in addressing the ephemeral character of art both in its material reality and in his discourse. 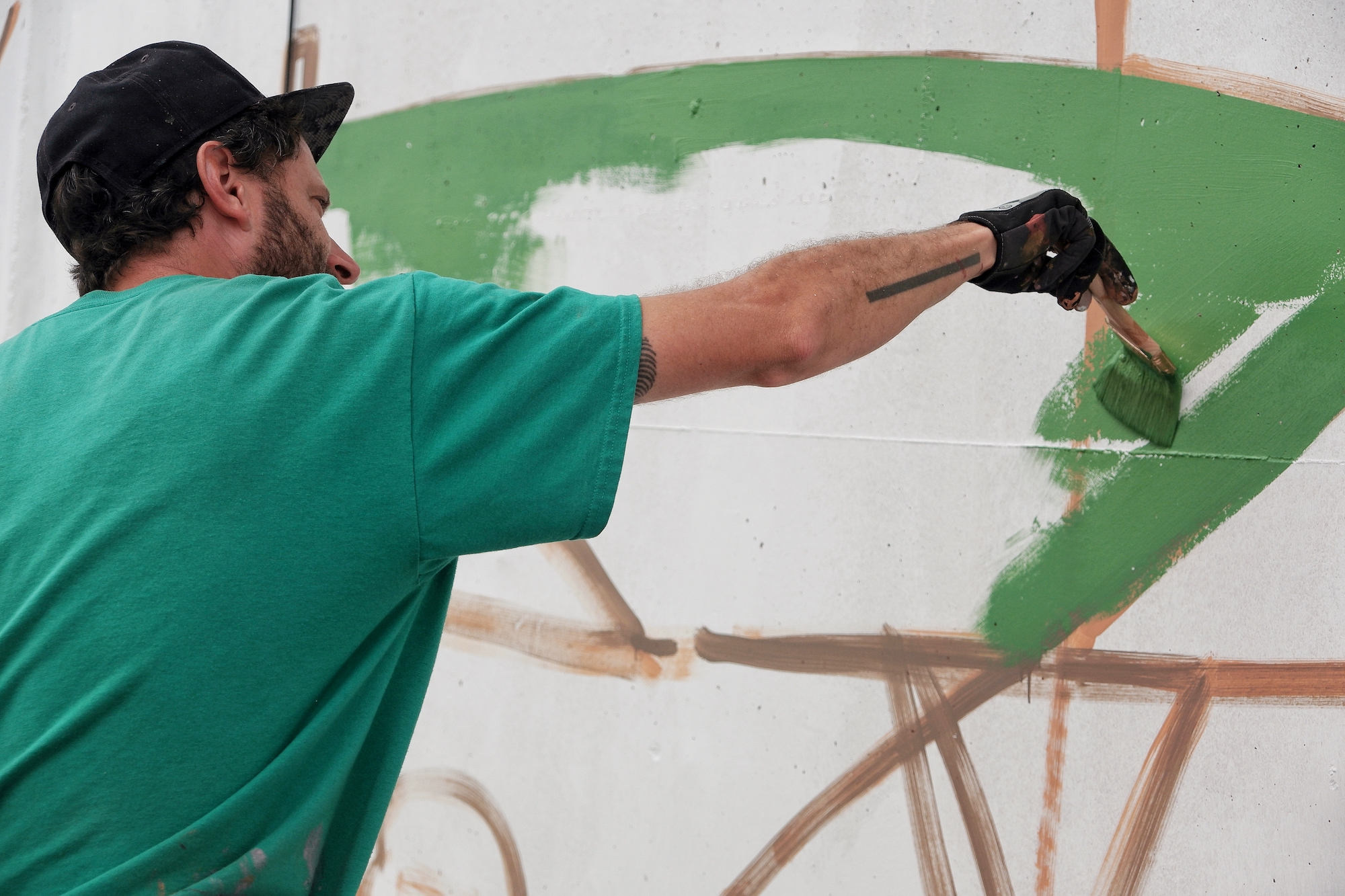 B-MURALS is a center specialized in urban art with its headquarters in Barcelona. It is a pioneering and unique project for its complete approach, which combines support for creation (through the promotion of mural interventions, residencies and exhibitions) with community work, education, reflection and dissemination of this discipline, with the will to make it grow and bring it closer to all the citizens.

The coordination of the TIME project was managed by the co-founder of B-MURALS, Ana Manaia.

Check out below for more photos of the collaborative project. 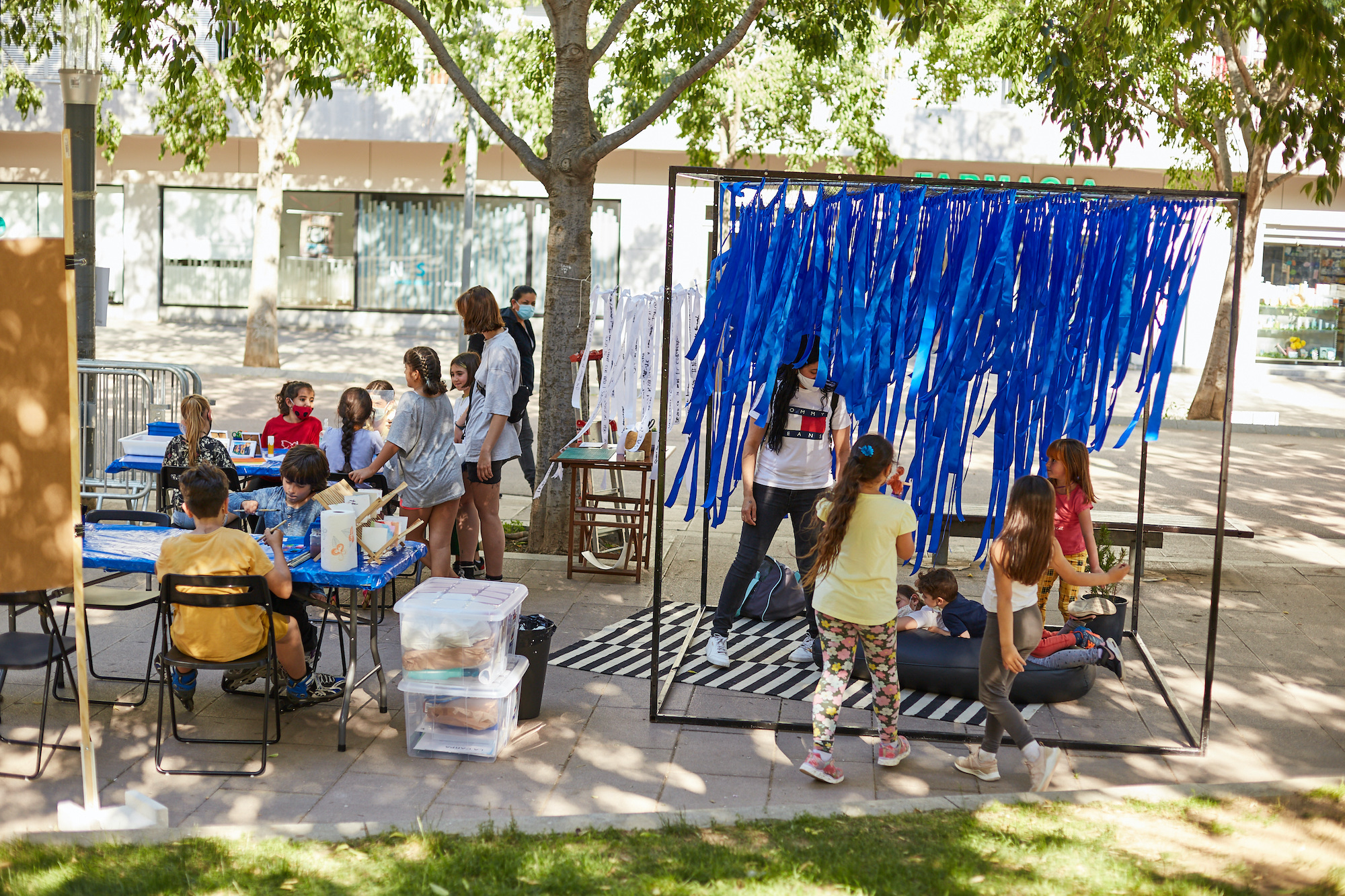 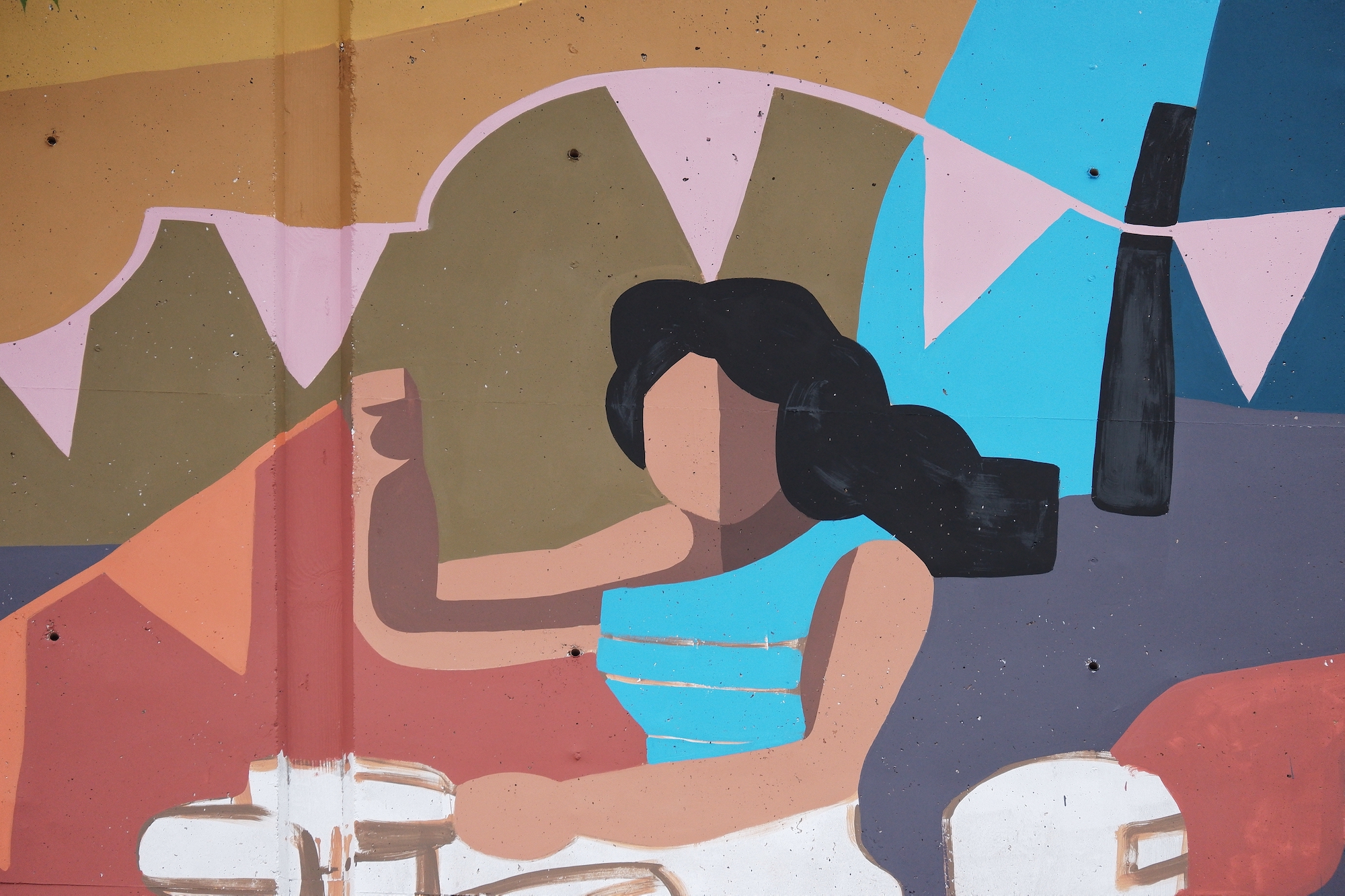 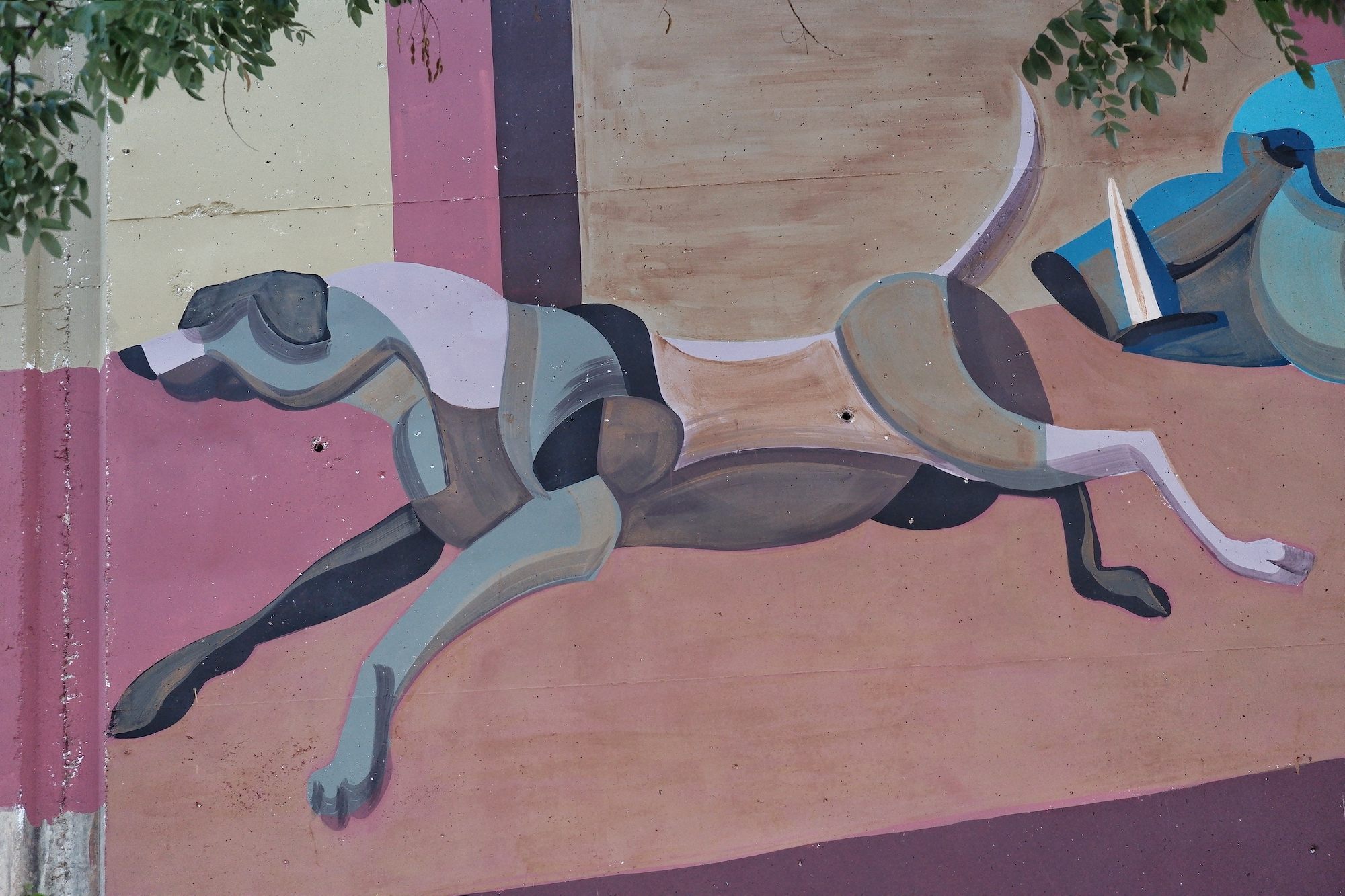 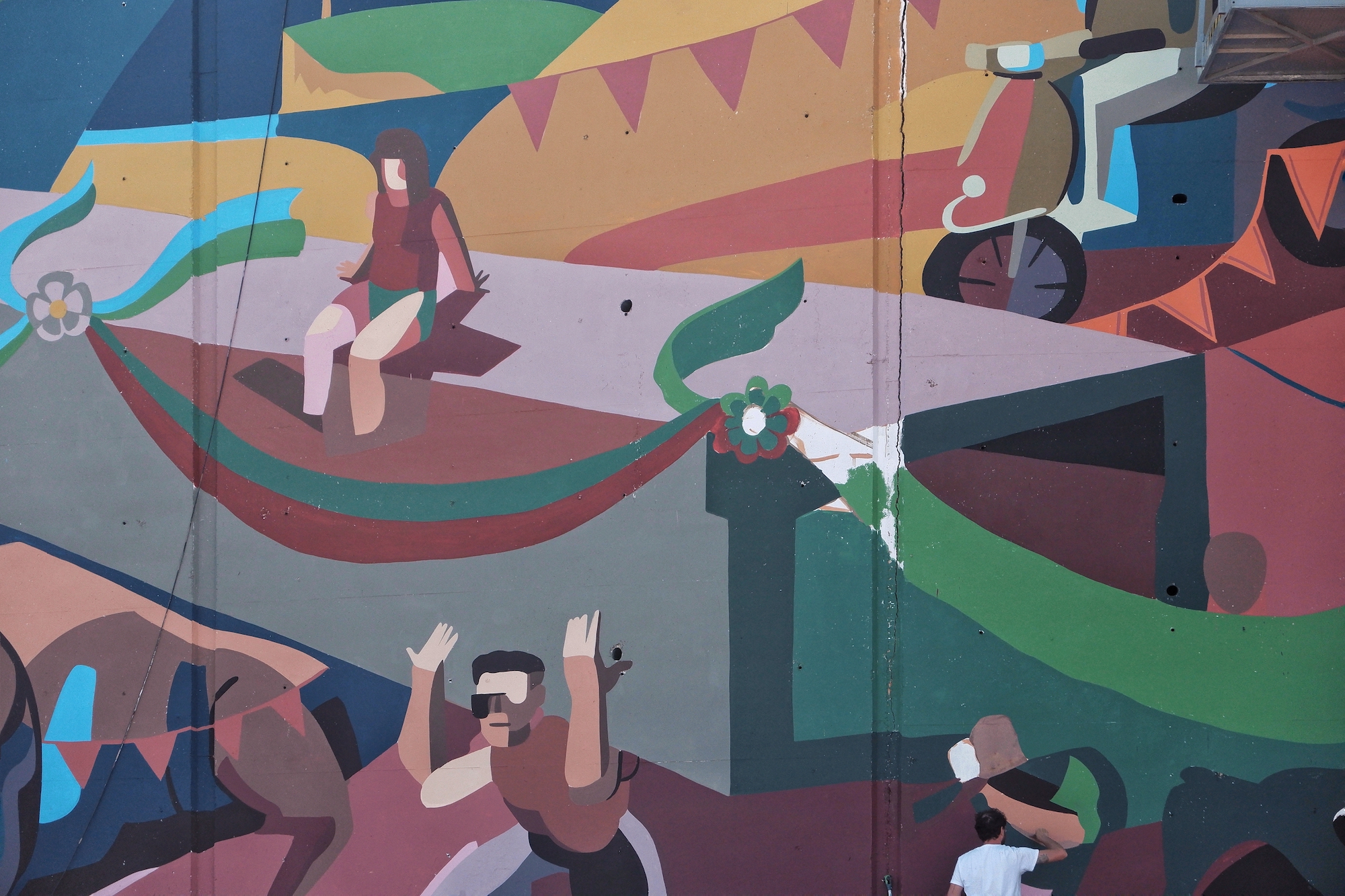