Home / Pablo Picasso on Achieving Success without Sacrificing Your Vision 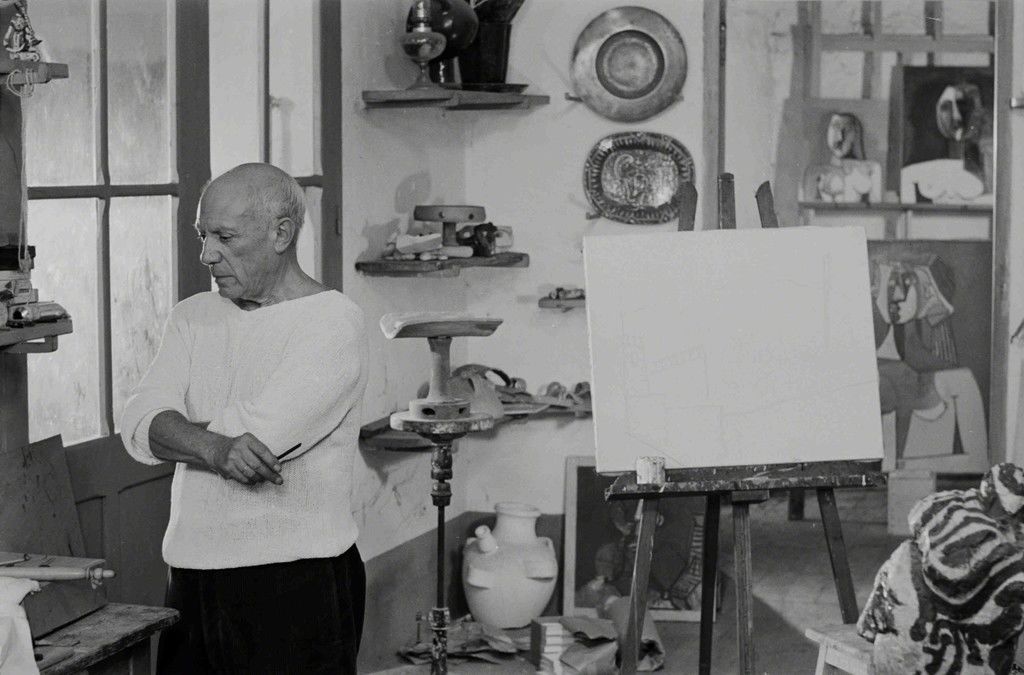 Picasso in his Le Fournas studio at Vallauris, 26Cahiers d′Art

For some artists, success is a dirty word. It could mean compromising integrity, or debasing innate creativity. Pablo Picasso, however, begged to differ. “It’s often been said that an artist ought to work for himself, for the ‘love of art,’ [and] that he ought to have contempt for success. Untrue!” he told his friend and fellow artist, Brassaï, in 1944. “An artist needs success.”

Picasso, of course, was speaking from experience. He’d come from humble beginnings, worked voraciously, and refused to compromise his artistic vision, no matter the trends or criticism. In the process, he’d achieved creative satisfaction, wide renown, and immense wealth.

It’s no wonder, then, that the famed Spanish modernist had a lot to say on the subject of success—something he believed that anyone could achieve, as long as they had the right recipe.

Nowhere is this more clear than in the conversation held on May 3, 1944, between Picasso and Brassaï, the groundbreaking 20th-century photographer of mysterious Parisian scenes. (The two artists’ regular discussions on creativity and inspiration, which Brassaï recorded, were later published as the delectably intimate 1964 book Conversations with Picasso.) On that day, the topic turned to Brassaï’s little-known drawings. He’d ferreted them away in favor of focusing on his photography career—and Picasso was hell-bent on bringing them into the light.

For the painter, success and uncompromising dedication to one’s craft went hand-in-hand. With gusto, he insisted that Brassaï was limiting himself, both creatively and financially, by hiding his non-photographic work: “When you have something to say, to express, any submission becomes unbearable in the long run,” Picasso told him. “One must have the courage of one’s vocation and the courage to make a living from one’s vocation.”

Picasso believed that an artist should never abandon their creative passions—what really makes them tick, so to speak. Perseverance, he believed, was essential. While financial gain might come slowly, it would reward those who create the work they wanted to make, rather than the work they should make—or would deliver a quick buck. “I was often broke, too, and I always resisted any temptation to live any other way than from my painting,” Picasso continued. “In the beginning, I did not sell at a high price, but I sold. My drawings, my canvases went. That’s what counts.”

Picasso, of course, was unique in the level of success he attained. He died in 1973 knowing he’d revolutionized art—and with millions of dollars to his name. Even so, he believed achievement came in many forms, and that it shouldn’t be restricted to a select few. “Why…leave success to ‘best-selling painters’? Every generation has its own,” he mused, again to Brassaï. “But where is it written that success must always go to those who cater to the public’s taste? For myself, I wanted to prove that you can have success in spite of everyone, without compromise.”

For Picasso, success came with the responsibility of supporting others. He hoped he’d be a model for determination and creative risk-taking, and their presumed rewards: preservation of artistic integrity, with financial stability to boot. He was a savvy businessman, as John Berger pointed out in the watershed biography The Success and Failure of Pablo Picasso (1965), and routinely doled out advice to less-shrewd artist friends about the merits of marketing oneself and selling work.

Brassaï, for his part, got an earful. “They must be exhibited, sold. Leave it to me. I’ll take care of it,” Picasso told the photographer, as he began to display Brassaï’s drawings around his home for a studio visit he had already arranged with a Parisian gallerist. “I’m sure you’ll be successful.”

Indeed, that very day, Brassaï was offered a show of his drawings by Pierre Colle, a respected dealer with a gallery on Rue Saint-Honoré. Before the photographer departed, Picasso imparted a final suggestion: “Don’t price them too high. What matters is that you sell a large number of them. Your drawings must go out into the world.”

Brassaï, though, wasn’t the only artist at the other end of Picasso’s advice. Henri Matisse profited from Picasso’s business acumen and belief that artists can and should be successful. “Every year, I send a crate of oranges to Picasso,” Matisse told Brassaï in 1946. “In exchange, Picasso sends me buyers.”

Alexxa Gotthardt is a contributing writer for Artsy.