A new federal law in Poland could shut down a number of longstanding restitution cases in the country. Shortly after the law was signed into action by the Parliament of Poland on Wednesday, leaders in Israel and the U.S. decried the legislation, alleging that it was disrespectful to victims of the Holocaust and their descendants.

The new law makes it so that courts in Poland can no longer reverse administrative decisions made after a 30-year period. Though the law is not explicitly intended to focus on property seized from Jews during the Holocaust, it covers restitution decisions made in 1945 until 1989.

The legislation is expected to put an end to all cases centered around decisions that are more than three decades old. It could have a significant impact in a country where restitution claims for art looted by the Nazis are common. 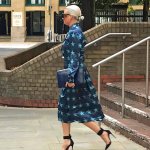 Officials in Poland have regularly sought the return of works that were looted or sold under duress by citizens in the country during World War II. But many experts allege that Poland has itself not paid enough to mind to looted artworks that reside in its own national museums.

Almost immediately, international figures responded to the passage of the new law, which had already faced pushback within Poland. In spite of the criticisms, Poland’s Foreign Ministry had stood by the law, saying that it would “not restrict the possibility of bringing civil suits to seek damages.”

On Wednesday, Israeli leaders threatened diplomatic action as a result of the law’s passage. “I condemn the legislation of the Polish Parliament passed today that harms the memory of the Holocaust and the rights of its victims,” tweeted Yair Lapid, the Israeli Minister of Foreign Affairs.

Leaders in the U.S., who had previously said they would throw their support behind Israel during the debate over the Polish law, also got involved. U.S. Secretary of State Anthony Blinken tweeted, “We are troubled by legislation passed in Poland severely restricting restitution for Holocaust survivors and owners of property confiscated during the Communist era, and draft legislation that would gravely weaken media freedom. Our shared values are our mutual security.”