Spanish artist Zësar Bahamonte recently worked on a new mural entitled “Protector” which was just completed on the streets of Picassent in Valencia. The mural features a person of his signature imagery ‘protecting’ a tree which resembles the one in situ of the mural. 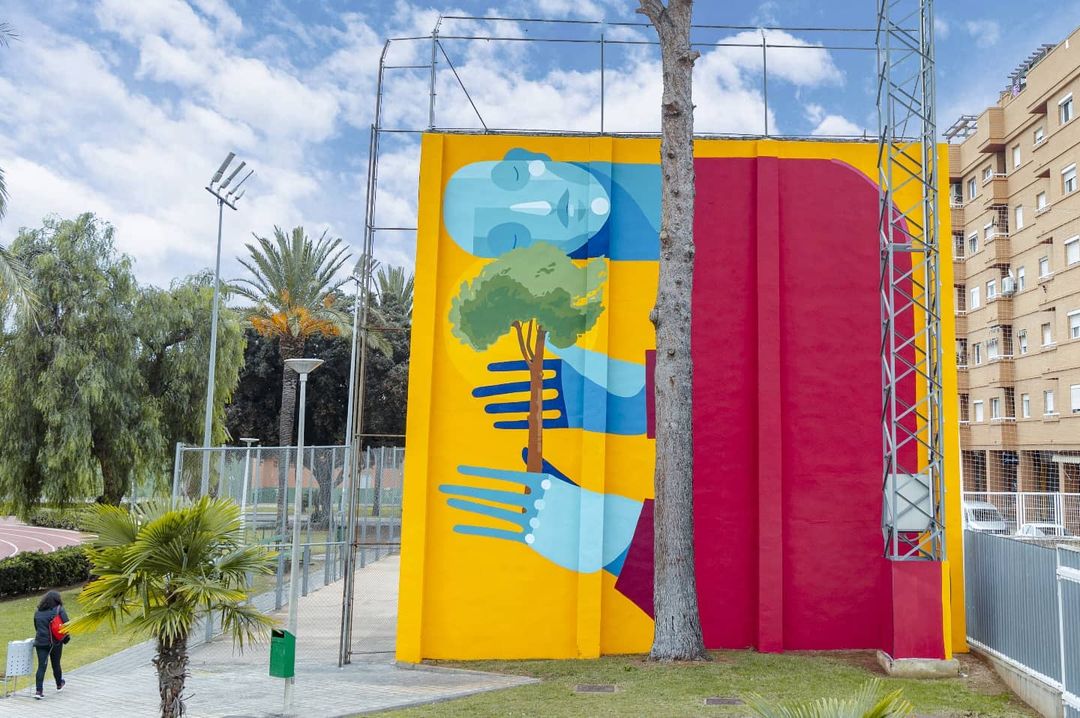 Zësar Bahamonte was born in the outskirts of Sevilla, Spain. He settles in the the city where not only does he study in the School of Arts of Sevilla, but he also starts relating to DIY social and cultural movements, a mode which defines him as an artist later on.

After a year in Barcelona, place where he re-engages with his love for painting in the streets, he moves and settles in Montevideo, Uruguay. There, he develops himself as a professional muralist, taking part in several Street Art festivals, exhibiting in galleries and painting live with an array of musicians (from a peña flamenca to an electronic music band) and, above all, painting in the streets where he continues his quest for style and technique. 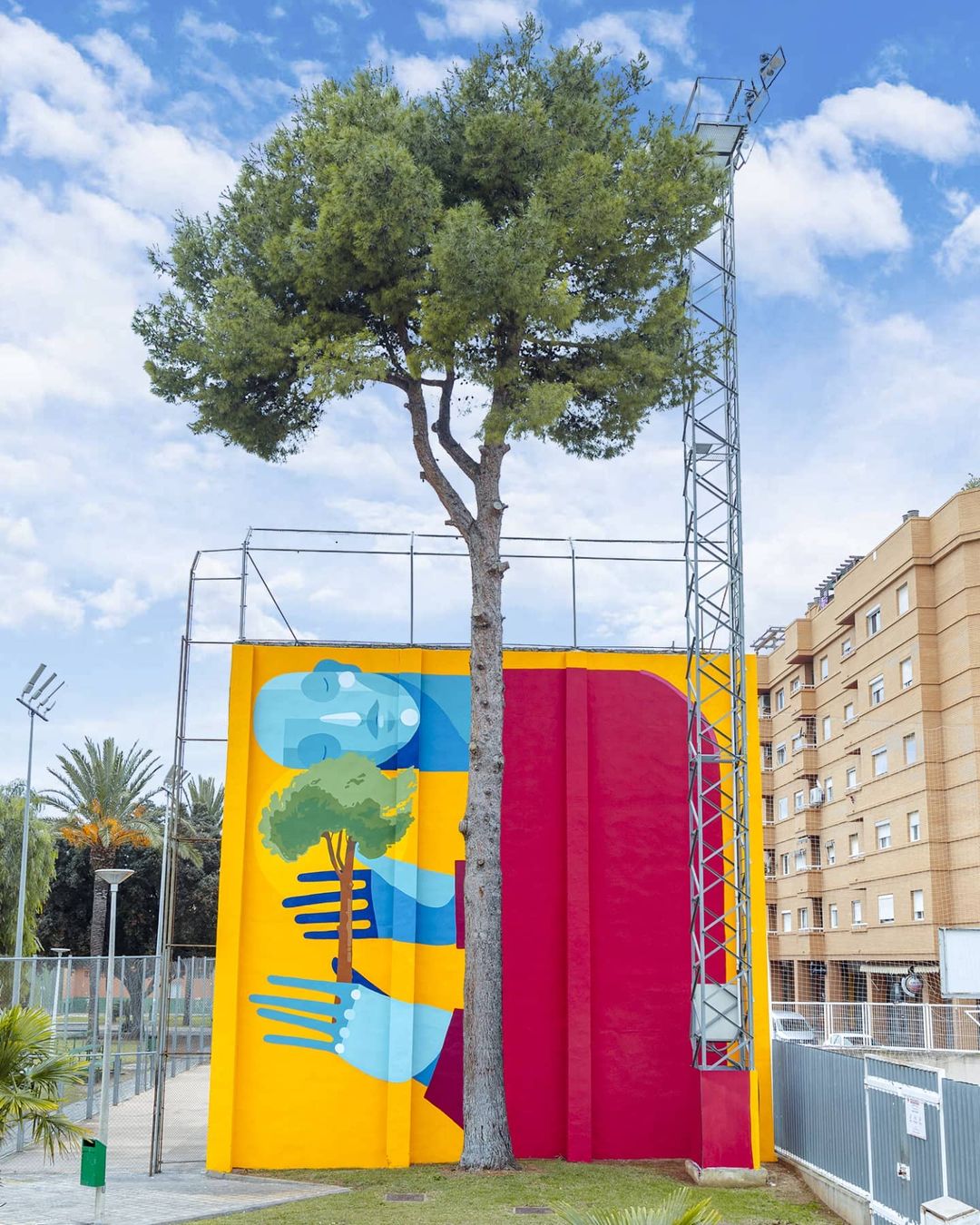 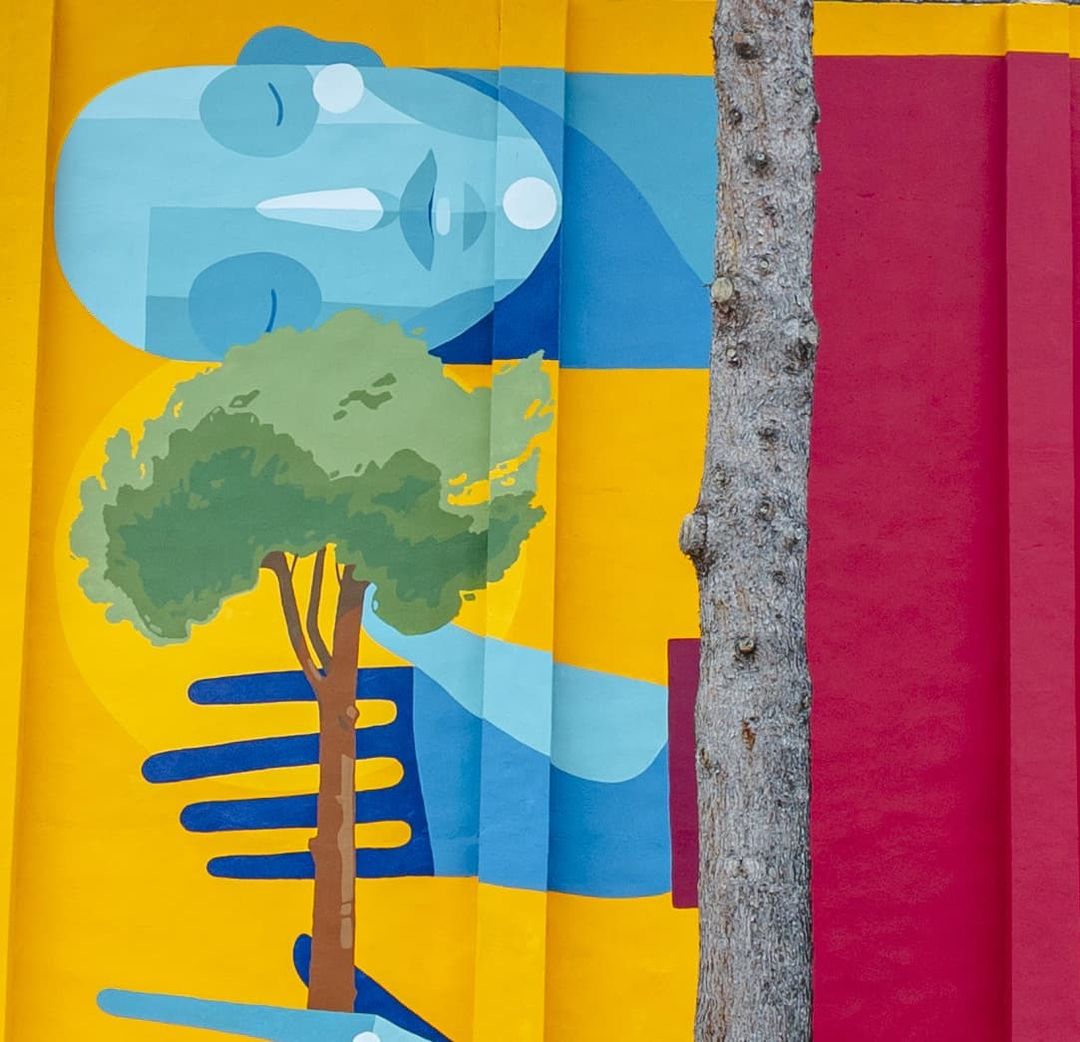