This is the third in the series of three Brunton Classical online concerts airing from lunch times in February and March. Brought to us by the Brunton Theatre, the series is supported the Scottish Government’s Performing Arts Venue Relief Fund via Creative Scotland, and is held in partnership with Royal Conservatoire Scotland and Lammermuir Festival.

Each concert costs £7 to view, and features top-flight classical music talent performing cherished and gold-standard works by the greatest lights of the canon, such as J S Bach, Bela Bartok, and in the case of this show, Felix Mendelssohn, performed by Balazc Renczes on cello, Abigail Young on violin and Graeme McNaught on piano. Mendelssohn’s Trio No.1 in D minor is bookended firstly by a weightless piece by 20th century Hungarian composer Leo Weiner, and afterwards by a trio arrangement of young Scottish composer-musician Jack McLuckie’s gentle, lilting Reservoir.

While online concerts lack the acknowledged communal atmosphere of a regular show – recorded online concerts even more so – the attack and sincerity of the playing dispels the clinical atmosphere and the room is filled with a very live presence: all the players are experienced performers with a concert background, and the respect they have for the challenge of every intricacy of very complex pieces, is keenly evident. 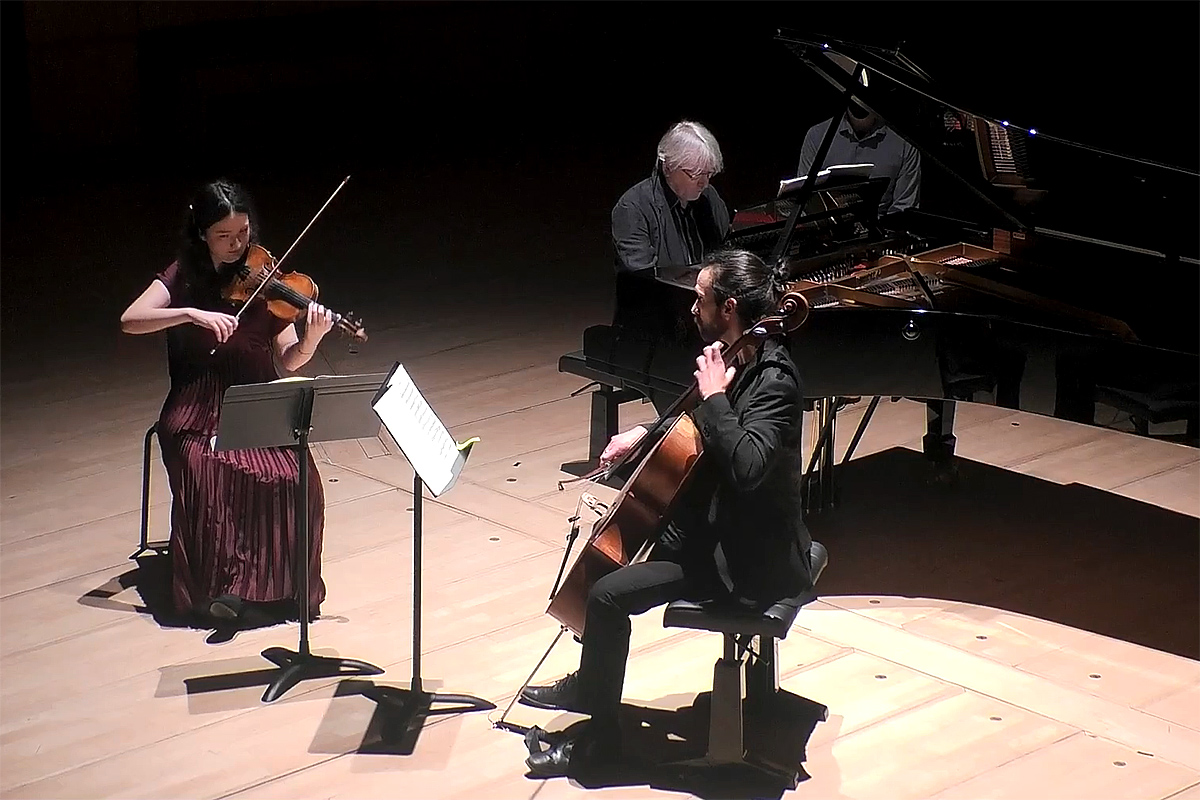 The sound is recorded cleanly, and in that respect maybe exceeds the quality of a normal concert – no audience coughs, and a pleasing reverberation of the sound, making the overall sonic volume very well-rounded. The introductions, however, given by each of the three musicians, are not close-mic’d and are difficult to hear. The stage views shift between viewpoints every half a minute or so, cross-fading, and this does help to give a certain dynamism in the presentation, but again it would be good for the viewer to see close-ups in future, to focus for instance on the performers’ dexterity, most dazzingly evident in Graeme McNaught’s fingers, which skip at dizzying speed across the keys. 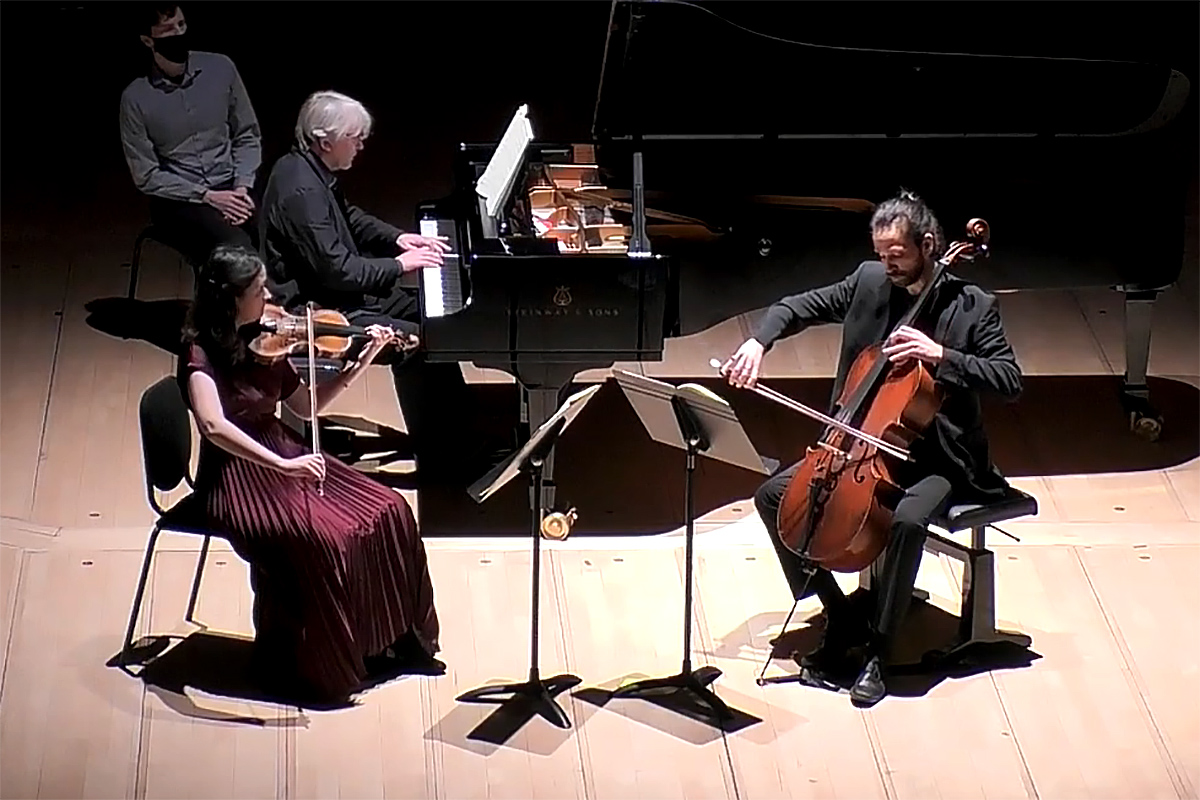 Almost unknown as a composer outwith Hungary, Leó Weiner left his mark as a music teacher – he taught György Solti among others – but unlike his countrymen Kodály or Bartók lacked a signature composition to seal his posthumous reputation. His Romance, for cello and piano, showcases his abilities in elevation, the melody twisting and darting like a dragonfly, with suspended passages giving way to diminished chords that give it a rich colour and a soaring, bubbling weightlessness, beautifully resolved in a mixolydian B major landing.

Although short-lived, dying at 38, Felix Mendelssohn wrote prolifically for chamber and this Trio is one of his most expressive, with the violin and cello wringing out the full rhapsodic quality of the top line, often in unison or octave. His Scottish association is immortalised in his third Symphony, The Scottish; here, his gift for an exquisite, Chopin-like melody is plenty obvious, and in the more dramatic playing is invested so fulsomely that you can’t avoid the word ‘passionate’, particularly in the contrasting colours of the final movement, which steps up into a triumphant D major, have all the drama a trio can bring us.

The final piece is a something of a departure to the contemporary traditional-folk feel of Jack McLuckie’s Reservoir, inspired by the reservoir that Jack has been visiting during lockdown. Performed by Abigail and Balacs as the duo MYST on their first album last year, this is a new arrangement involving piano, which has expanded the piece by adding colour without extra weight, and the sawing semiquavers give the yearning melody a shimmering, intertwined movement.